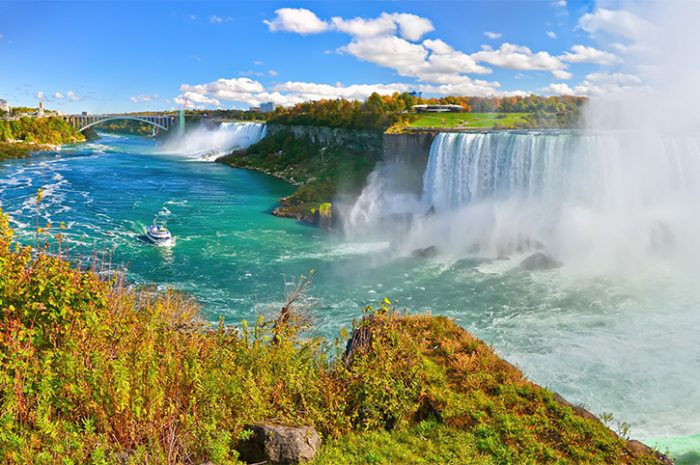 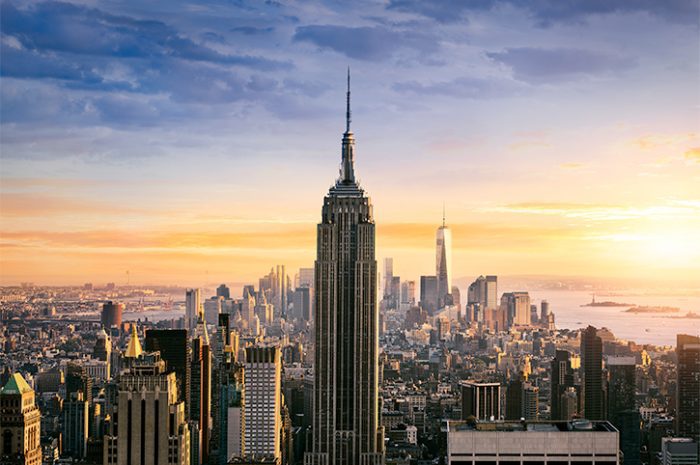 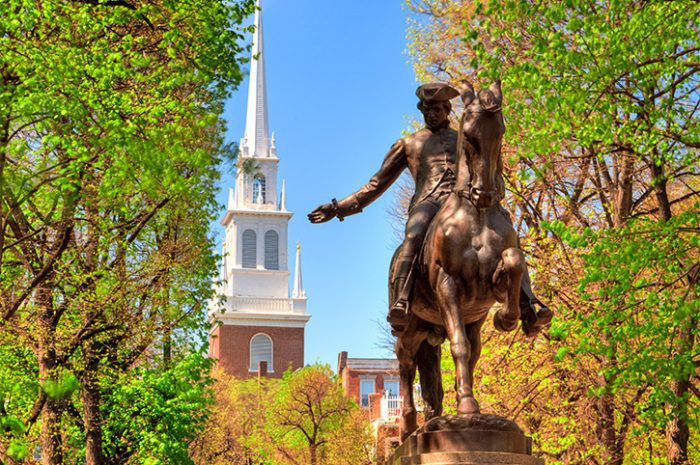 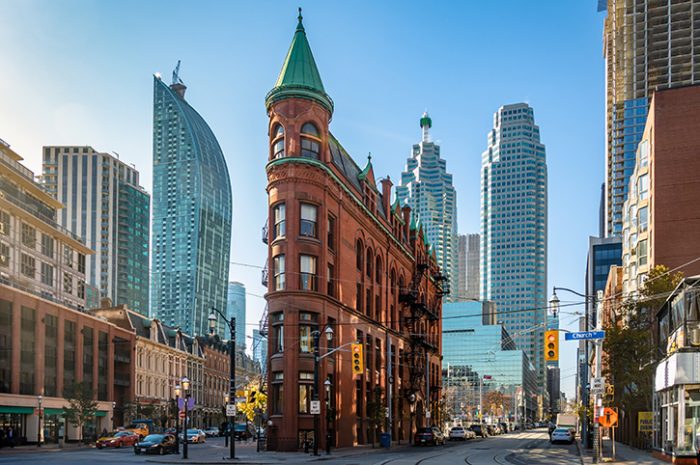 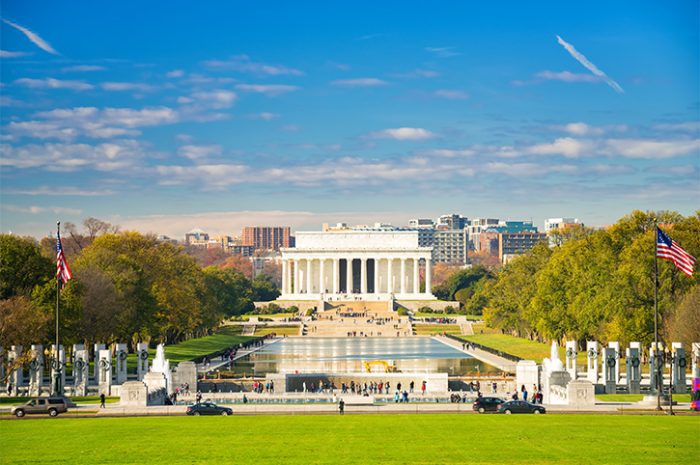 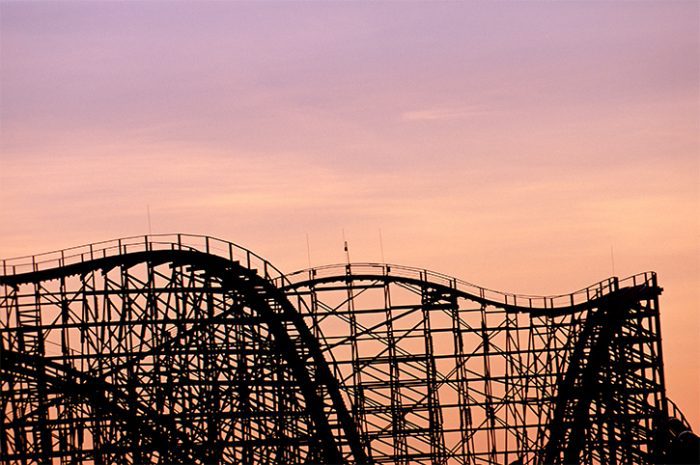 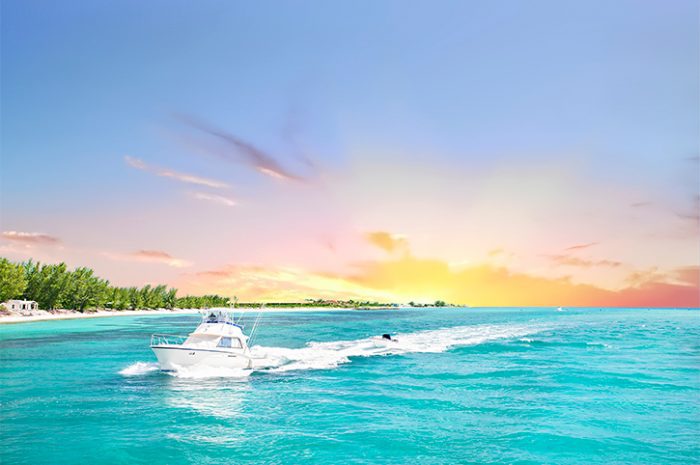 From Bright Lights to Sunny Beaches, visit the country’s Northeast and its southernmost point all in one epic self-drive adventure. You will see the best of the East Coast. Start in New York City and end in the vibrant beachside city of Key West.

Welcome to the world-famous Big Apple! New York City is the ultimate cosmopolitan city in the world; there is lower Manhattan’s Chinatown and Little Italy, the traditionally Jewish Lower East Side, the more artsy concentrations of SoHo, Tribeca, and the East and West Village and of course, there’s the celebrated architecture of corporate Manhattan, with the skyscrapers in downtown and midtown forming the most unforgettable cityscape.

Today, consider a bicycle tour through Central Park, a boat tour of New York Harbour to see New York’s most famous lady up-close, ‘Lady Liberty’, experience the once-in-a-lifetime thrill of a helicopter ride over this magnificent city, visit Radio City Music Hall and the Rockefeller Centre, or head to Times Square to catch a Broadway Show, the options are endless!

OPTIONAL EXPERIENCE – New York Hop on Hop off Bus Tour
The most convenient way to take in all of New York City as you are able to get on and off the double-decker coach at all the highlight you want to visit. Enjoy our Downtown Loop Tour, where you’ll experience Greenwich Village, Chinatown and beyond. Take in the Uptown Loop, for a view of Central Park West, the Dakota Apartment Building and Harlem’s Apollo Theatre. Or hop aboard the Brooklyn Loop, for a view of the Botanical Garden, Brooklyn Museum of Art and Antique Furniture District.

Pick up your hire car this morning and leave the Big Apple behind and travel to the City of Boston, one of the oldest cities in America. This historic city has a host of great attractions to visit, and you may want to take the time to walk the Freedom Trail; this is one of Americas’ first historic walking tours, it will take you to 16 historical sites, covering two and a half centuries of America’s most significant past.

Today you will proceed west across Massachusetts where you can choose to stop briefly at the quaint artists’ town of Stockbridge. As you continue on your journey, the rolling hills of upstate New York will become visible followed by the Finger Lakes Region, famous for its many vineyards. Drive on to the Canadian border where you will encounter the Niagara Falls, one of the world’s most breathtaking natural wonders.

This morning, depart for a visit to Toronto, an ultra modern city with famous structures such as the Skydome Stadium and the CN Tower. The renowned Eaton Centre, with its numerous restaurants, eateries and shops located right on the water in the city’s centre is a great spot for lunch while taking in the sights. In the mid-afternoon return to Niagara, to experience the majestic falls.

Today, after crossing the border back into the US, your journey continues south through Pennsylvania. Lewisburg is a great place to stop for lunch before continuing on through Amish Country. This is a popular destination due mostly to the many plain-sect residents known as the Amish or Pennsylvania Dutch. You will be arriving in Washington, D.C. in the late afternoon. Tonight, you may want to take a tour of this great city allowing you to see the impressive monuments flooded in lights. You haven’t seen Washington DC until you’ve seen it at night!

After a morning in Washington exploring this fabulous city, depart to the airport for your flight to Orlando where your journey of America’s East Coast will continue.

Welcome to the Theme Park capital of the world! Enjoy an evening at Downtown Disney, with over 170 shopping, dining and entertainment facilities, everyone will find something fun to do here.

Standard Hotel: DoubleTree by Hilton Orlando at Seaworld or similar

Today you can choose to visit some of the famous Orlando Theme Parks. Choose for the theme parks below or speak to your America Consultants for more options.

Walt Disney World Epcot®
Epcot® is a showplace for the achievements of man, a tribute to innovation and imagination, and a fellowship of international culture. Epcot consists of Future World and World Showcase. Future World features attractions such as Spaceship Earth, where you will experience a journey from the beginning of time to the electronic age. Ride Test Track, a high-speed thriller that mimics actual vehicle testing conditions, sending you through breathtaking twists and turns. Explore all of Future World where innovation and invention entertain. World Showcase offers the cultures of 11 nations. The architecture and landscape change as you move from one country to the next. Taste the cuisine, shop and be entertained by distinctly different cultures. End the evening by watching Illuminations, a night time kaleidoscope of music and light.

Universal Studios® Florida
You’re the star at Universal Studios where you can ride the movies. Join the agents from “Men in Black Alien Attack” and zap aliens as you chase them through the streets of New York. Plunge into darkness on Revenge of the Mummy® a psychological thrill ride that combines special effects and speed. See Shrek 4-D an original 3-D film, with an added dimension where you will see, hear and feel the action right from your seat. Fly with E.T. on a star-bound bike as you help him save his home planet. You’ll find something that appeals to kids of all ages at the place where you become part of the movies!

Universal‘s Islands of Adventure®
Journey through five remarkable islands where all your favourite myths, legends, comic books and cartoon heroes come to life. Enter a comic book city in the Amazing Adventures of Spider-Man® a 3-D thrill ride, where you will battle evil and feel the adventure. Ride your couch through the pages of the famous children’s book ‘The Cat in The Hat!’ on Seuss Island. Explore the Lost Continent® where you will find Duelling Dragons® the world’s first inverted duelling roller coaster. Take fear to new heights on Doctor Doom’s Fearfall® on Marvel Super Hero Island®. Rocket 150 feet into the air and come back down faster than gravity! Experience all of the cutting edge rides and stories come to life at Universal’s Islands of Adventure.

Standard Hotel: DoubleTree by Hilton Orlando at Seaworld or similar

After departing Orlando, you will visit the “Other Florida” as you head toward Homosassa Springs State Park for an encounter with one of Florida’s most beautiful natural springs. Press on south to Tarpon Springs for a stop at this Greek sponge fisherman village. Next, the drive takes you through Ybor City known as Tampa’s Latin Quarter. This city is an exotic blend of aromas, flavours, sights and sounds; from the scent of roasting Cuban coffee early in the morning to the rhythms of Latin music late into the night, Ybor is a feast for the senses. After a brief stop, cross the Sunshine Skyway Bridge to make your way along the coastal route to Sarasota. Enjoy a two-night stay on the Gulf of Mexico in Sarasota.

After all the excitement of the previous days, this is a perfect time to relax, lounge by the swimming pool, take a dip in the warm water of the Gulf of Mexico or sunbathe on white-sand beaches with sailing and all sorts of water recreation vehicles available for your enjoyment.

Continue via Naples and the Tamiami Trail through the unique ecosystem of the Everglades, to Key West.

OPTIONAL EXPERIENCE – Everglades Safari Park Tour
Explore one of the world’s most fragile ecosystems: the Florida Everglades. During your visit to the Safari Park, you’ll enjoy an Alligator Wildlife Nature Show, take a leisurely walk on the Jungle Trail, take photos at Gator Lagoon, use the observation platform for a birds-eye view of the area and visit a replica of an Indian village and browse for souvenirs in the gift shop.

There is always something happening in Key West; speciality shops, outdoor cafes and restaurants line the streets. Venture outdoors to meet one of the sixty cats, including some that have six toes, enjoy Key West from a boat by taking a snorkel cruise or deep sea fishing trip and no visit to Key West is complete without taking part in the Sunset Celebration at Mallory Square; performers, vendors and artists line the water’s edge to bid the daylight farewell.

Depart Key West toward Miami this morning. Depending on your flight schedule, you might want to stop briefly at Robbie’s, a well known local spot in Islamorada. Here you will be able to feed the insatiable tarpons. You will be amazed as these incredible ‘silver ghosts’, as they are called by the locals, leap out of the water with their mouth wide open to grab your fish. Continue to Miami airport for your departure flight.

Price is per person, based on 2 sharing a double or twin room and includes pre-booked accommodation, air-conditioned car and unlimited mileage. One-way fees charged locally. Hotels specified are subject to availability and may be substituted by one of a similar or higher standard. Itineraries may vary for tours departing from 1st April 2021 onwards. 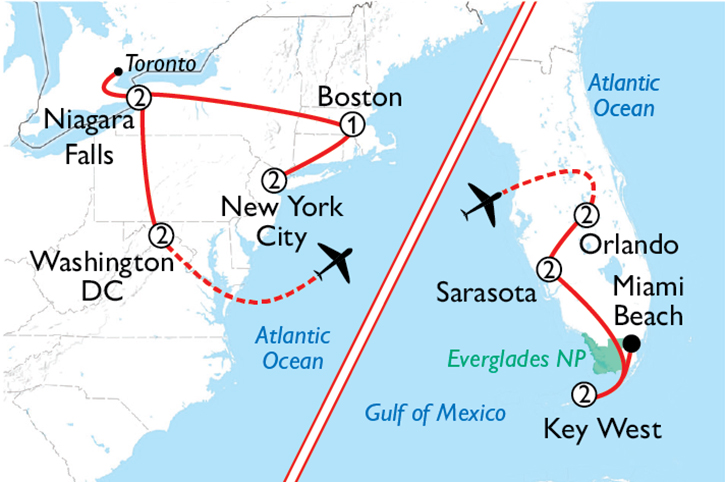