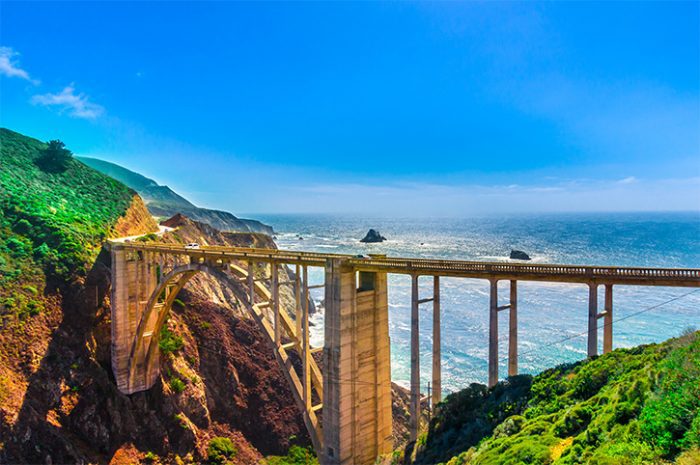 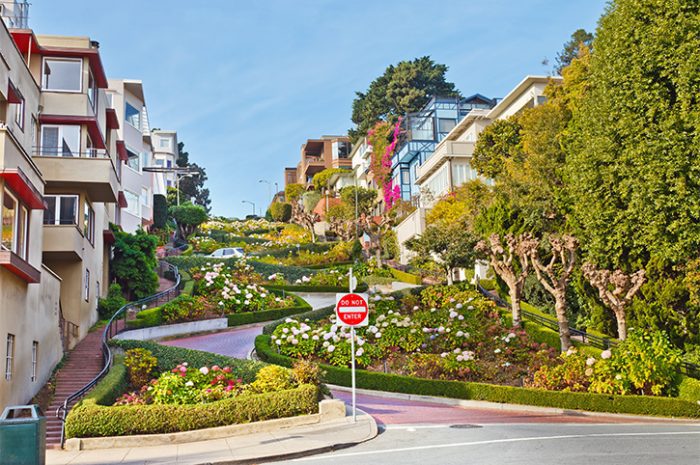 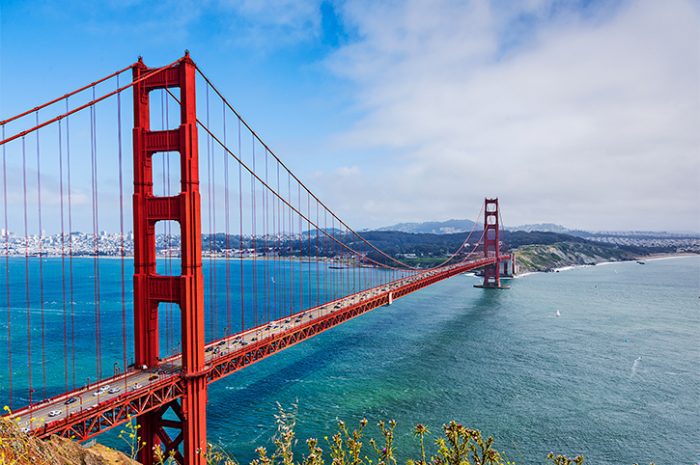 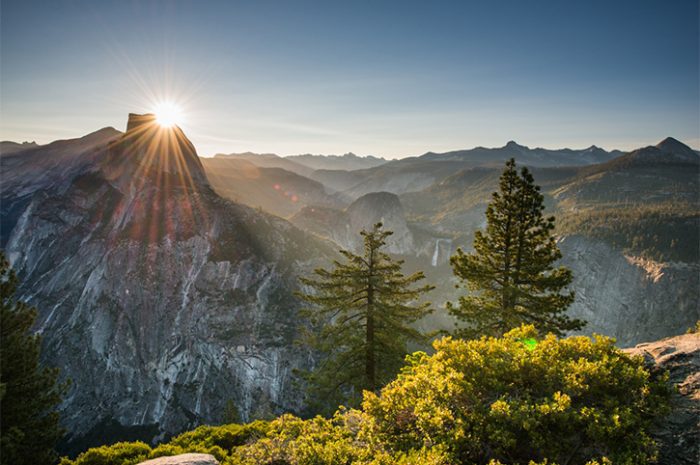 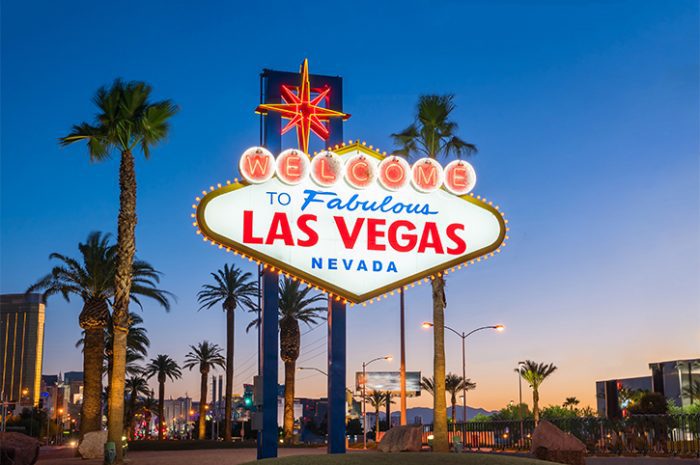 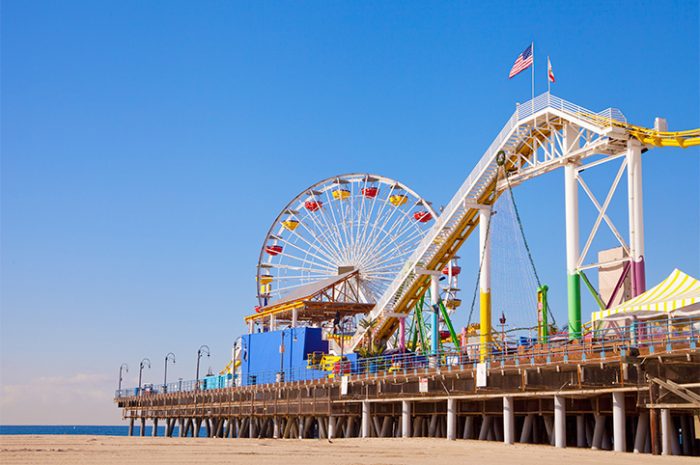 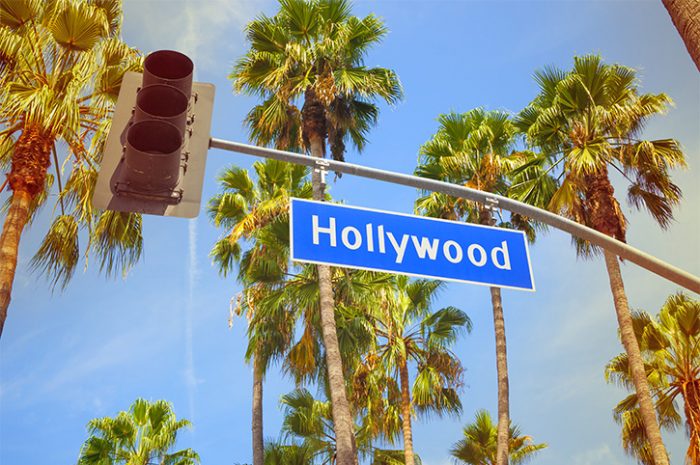 Collect your car at Los Angeles Airport and make your way into the city of Angels. Take a stroll along the Hollywood Walk of Fame, visit Mann’s Chinese Theatre or take a drive through Beverly Hills to gaze upon the exclusive homes in the most famous neighbourhood in the United States. Your California adventure starts right now!

Enjoy views of the beautiful Pacific Coast as you drive north towards the gem that is Santa Barbara. Stop here for pristine beaches, a stroll through the Botanic Gardens or to hike a scenic nature trail in Los Padres National Forest. Look out for the fresh seafood found in the many restaurants on Stearn’s Wharf, it’s to die for. Carry on up the road to spend the night in the beachfront community of Santa Maria.

Depart Santa Maria this morning for the luxurious drive further up the Pacific Coast towards Monterey. After being swept away by the stunning Pacific coast views, spend the afternoon enjoying this artisan city. Before you leave, consider taking the famously scenic 17-Mile drive up the coast stopping at renowned Pebble Beach on the way. At some point, you’ll have to pull yourself away from this natural beauty, but don’t worry, the next stop is equally as good, it’s the ‘City by the Bay’, San Francisco.

Enjoy touring the city by cable car, visit the dramatic curves of Lombard Street and seek out the best views of Alcatraz and The Golden Gate Bridge, or for a change of pace, consider a visit to Muir Woods National Monument. In the evening make your way to Chinatown to explore its bustling streets, exotic ingredients and to try the wonderful native food.

OPTIONAL EXPERIENCE – Alcatraz Cruise and Tour
Alcatraz and history go hand in hand. Once home to some of America’s most notorious criminals, the federal penitentiary that operated here from 1934 to 1963 brought a dark mystique to the Rock. The presence of infamous inmates like Al ‘Scarface’ Capone and the ‘Birdman’ Robert Stroud helped to establish the island’s notoriety. To this day, Alcatraz is best known as one of the world’s most legendary prisons. Many people, though, are unaware of the wealth of other stories to be learned on the island. Alcatraz is now home to rare flowers and plants, marine wildlife, and thousands of roosting and nesting seabirds.

Leaving the city life behind, head towards the natural beauty that is Yosemite National Park. Take your time and enjoy the meandering drive into the park, the views get better with every turn. Photo opportunities are aplenty as you drive through Yosemite, capture the iconic sequoia trees, granite cliffs of El Capitan and Half Dome and the iconic vista of towering Bridalveil Fall from Tunnel View.

OPTIONAL EXPERIENCE – Yosemite Valley Floor Tour
On this two-hour tour, Rangers introduce some of Yosemite’s most famous sightseeing points in Yosemite Valley and describe the history, geology, plant and animal life of the region. This year-round Yosemite Valley Floor tour provides a fuller knowledge and enjoyment of the park. Open-air trams operate from late Spring through early Fall. Late October through April, ride in an enclosed and heated motor coach with large windows allowing unimpeded views of Yosemite’s famous sights. Bring your camera along for postcard-perfect pictures.

From the outrageous live shows to the excitement of casinos, it’s time to visit the city that never sleeps, next stop, Vegas! Stroll down ‘the strip’ to visit the famous Caesars Palace, MGM Grand and The Venetian, and make sure you get a good spot outside the Bellagio to watch the majestic fountains dance.

Swap the bright lights of Las Vegas for the glitz and glamour of Los Angeles. Drive back towards the coast to visit the city of Angels. Take a behind the scenes look at movie making at visit Universal Studios, visit Santa Monica Pier or make your way to the Griffith Observatory for a panoramic view of the Hollywood Hills and the famous Hollywood sign.

Spend some more time exploring the sights and sounds of L.A, take a stroll along the Walk of Fame and see the names of celebrities commemorated in pink stars along the sidewalk, visit Mann’s Chinese Theatre, the best-preserved of the movie palaces from Hollywood’s golden era, and take a drive through Beverly Hills to get a glimpse at the most famous neighbourhood in the United States.

Choose to stay longer in L.A. by adding a city stay or depart at leisure and return the car to Los Angeles Airport for your flight home or onward to your next destination. 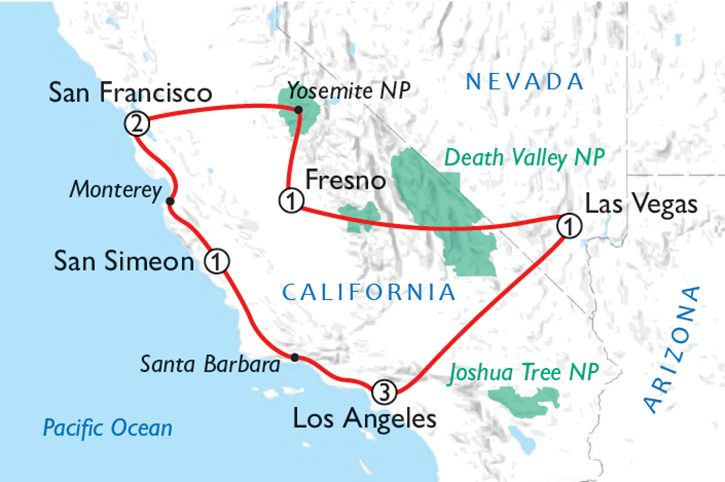 See more self drives holidays in the USA…