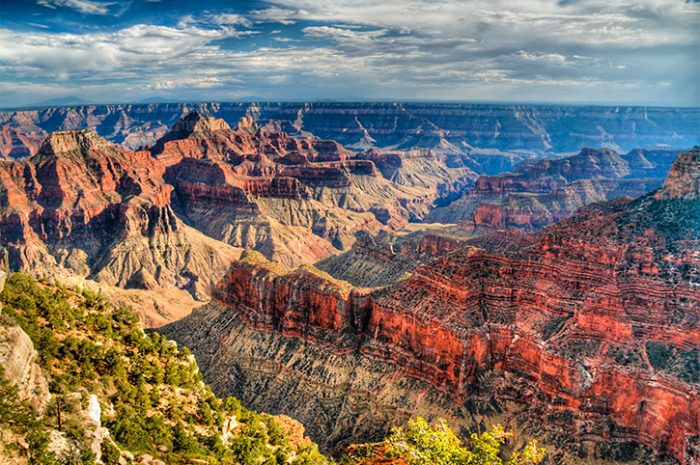 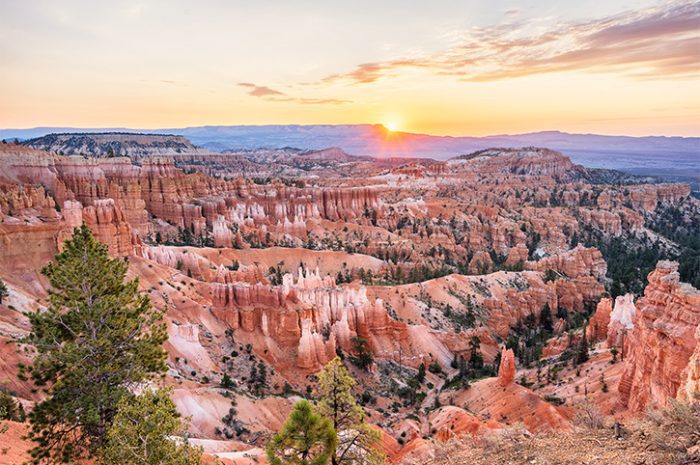 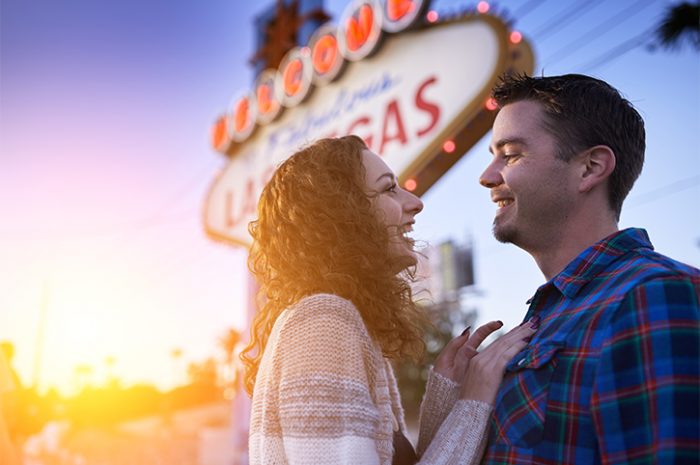 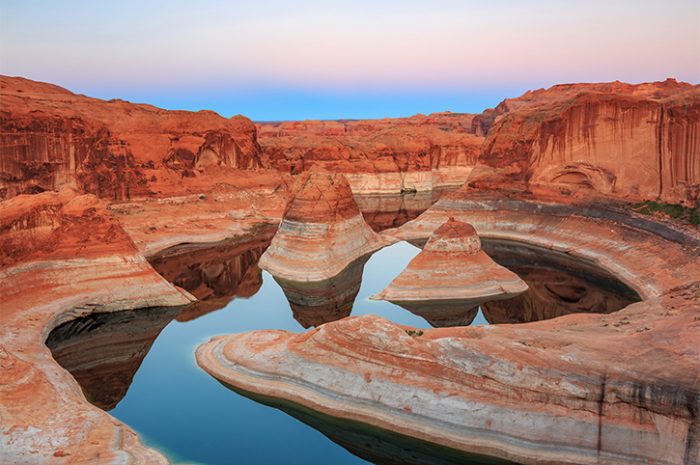 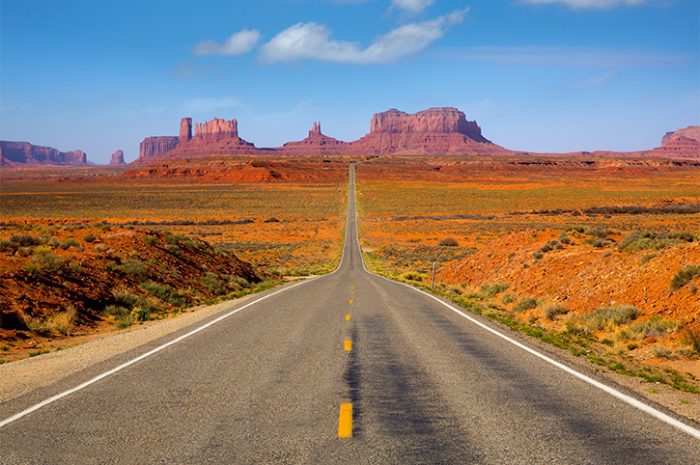 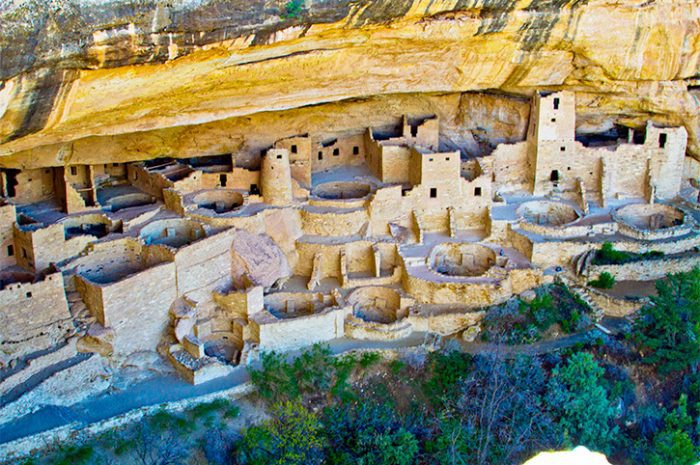 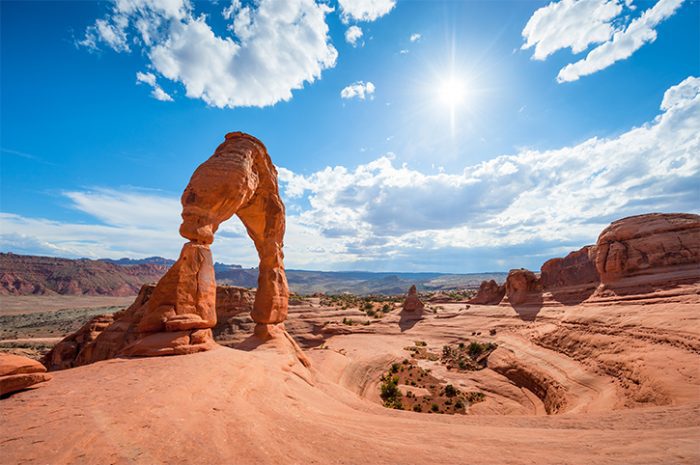 Surround yourself with the natural beauty of the stunning National Parks of the Western United States. Explore canyon country and revel in the excitement of Las Vegas on this wonderful 13 day self drive.

Collect your car from the airport and head towards the bright lights of the famous Las Vegas strip. Las Vegas has something to offer everyone, from the outrageous live shows to the excitement of casinos; the action never stops from morning to night. Take a stroll down Las Vegas Boulevard to enjoy the spectacle offered by each hotel and casino.

The overwhelming size and brilliant colours of the Grand Canyon easily make it one of the natural wonders of the world. Drive to the South Rim where you will find an assortment of viewing areas that can be reached by car. For the adventurous, hiking trails and guided mule rides will take you down to the Colorado River. Rafting trips along the river are also a spectacular way to enjoy the canyon.

For an unforgettable and awe-inspiring sight, catch the sunrise this morning at the Grand Canyon; witness the spectacle of colours as the sunlight bathes the red cliff walls in hues only nature can produce. Depart the Grand Canyon and head toward the beautiful Lake Powell.

Spend the day here at Lake Powell. You may wish to visit the magnificent Rainbow Bridge, it’s the largest natural bridge in the world and can be reached by boat, on foot, on horseback, also guided boat tours depart daily. Visit the Glen Canyon Dam and Visitor Centre – Peer over the edge of the dam at the river far below.

OPTIONAL EXPERIENCE – Antelope Canyon Cruise
Antelope Canyon Cruise is a 1.5 hour tour leaving from Wahweap Bay, following the original path of the mighty Colorado River and into this famed canyon located on the Navajo Nation. This high-walled Navajo Sandstone side-arm of Lake Powell is famous not only for its colouration but also for the slot canyons found at its head to the east.

Bid farewell to Lake Powell and drive toward Monument Valley, the setting for more Western movies than any other; here unique sandstone formations punctuate the sometimes barren landscape. At dawn and dusk, the park comes to life when the sun transforms this area into a bright canvas, painting the monoliths with light and colour.

This morning visit Mesa Verde National Park. The park protects over 4000 archaeological sites and includes 600 cliff dwellings of the ancient Anasazi people. Stop at the Far View Visitor Centre and find valuable park information and exhibits on Native American pottery and jewellery. A trip to the Mesa Verde wouldn’t be complete without a ranger-guided tour of one of the dwellings, such as Cliff Palace.

Take a ride back in time behind a historic steam-powered locomotive, enjoy the sights and sounds of yesteryear on the Durango & Silverton Narrow Gauge Railroad or take a trip deep into old gold and silver mines. You might also enjoy horseback riding at one of the local ranches.

Cross the state line into Utah and head towards Canyonlands National Park. Known for its spectacular rock formations and vivid colours, here you can view thousands of feet down to the Colorado and Green Rivers, or thousands of feet up to red rock arches, spires and cliffs.

Spend a day at Arches National Park, a place of extreme natural beauty where over 2,000 natural sandstone arches stand, the number varies from day to day, as old arches crumble and new ones form but the most famous of all, Delicate Arch remains and is best viewed off the roadway and on a trail. At the Visitor Centre, rangers offer guided walks and nature talks. Leaving Arches National Park, take a drive to Dead Horse Point State Park, this peninsula of stone surrounded by steep cliffs is perhaps Utah’s most spectacular State Park.

OPTIONAL EXPERIENCE – Morning River Trip
Enjoy a fun-filled day on the Colorado River. You’ll enjoy the spectacular scenery as well as the Colorado River. Please bring a hat for the sun, suntan lotion and clothes in which you will be comfortably wet. Tennis shoes, Teva sandals or aqua socks are suggested.

Leave Moab behind to explore more amazing natural scenery. Drive through Capitol Reef National Park and stop at Panorama Point, it offers excellent photo opportunities and stunning views. As you continue, drive through Kodachrome Basin State Park, this park consists of a spectacle of massive sandstone chimneys, ever-changing from grey and white to shades of red with the day’s mood. Continue on to Bryce Canyon.

Enjoy a day in wonderful Bryce Canyon National Park; take this opportunity to get up close with the scenic wonders that make this area one of America’s Masterpiece locations. Amphitheatres of colourful eroded rock set Bryce apart from anywhere else. Light reflecting on the hoodoos at different times of day change the colourful scene of the park. Consider a drive to Rainbow Point where, from some of the overlooks, you can see more than 100 miles on a clear day.

Driving into Zion you will be greeted by gigantic sandstone monoliths and hear the soft rush of the Virgin River. Zion’s famous slot canyons are a hiker’s paradise but there is also a complimentary shuttle system that runs throughout the park, by utilising this, you can visit Zion’s other major attractions such as the Emerald Pools, Weeping Rock and Angels Landing. Head back to Las Vegas for one last night in the city that never sleeps.

Choose to stay here longer, or depart at your leisure to return your car at the airport and board your flight home or onward to your next destination. 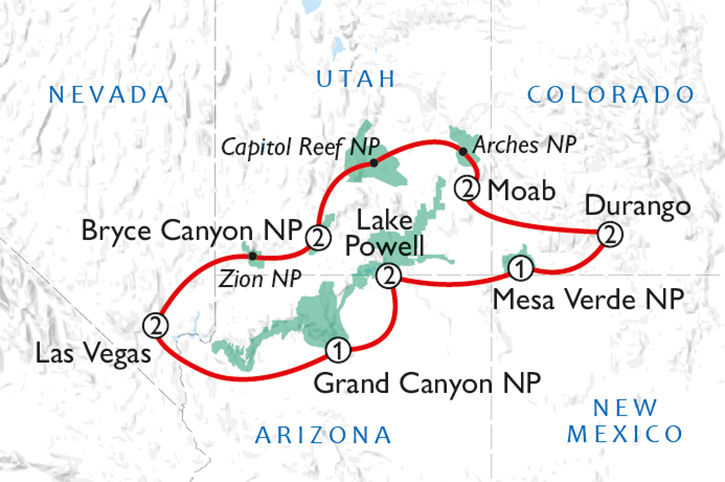