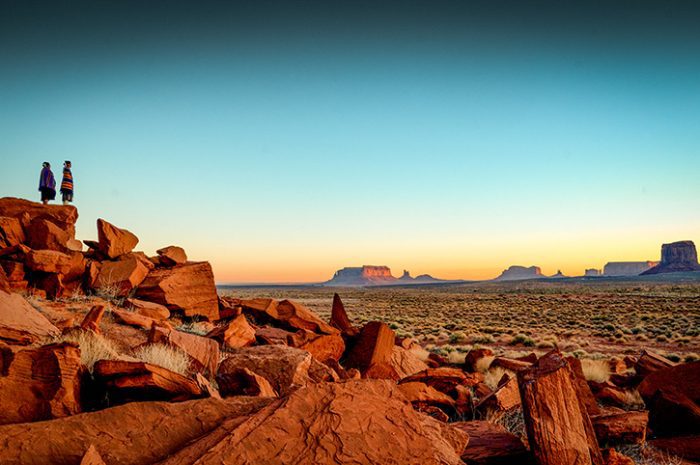 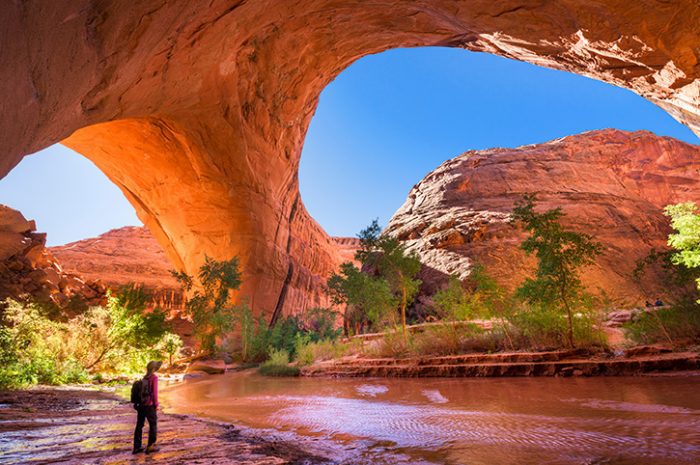 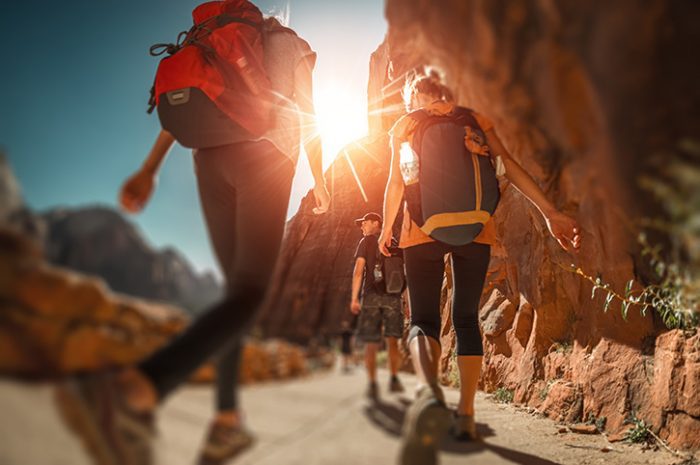 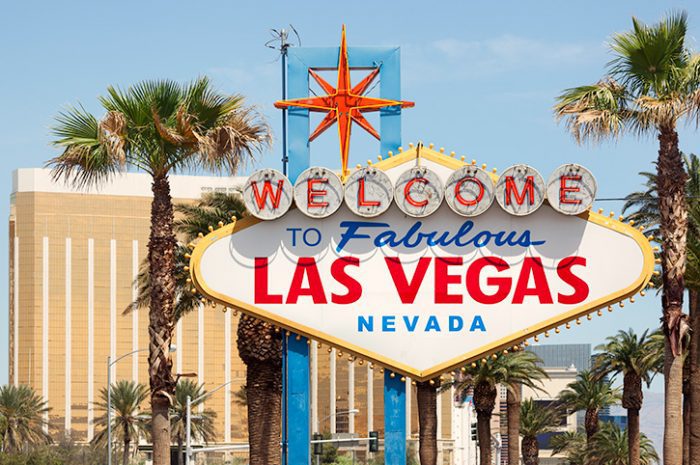 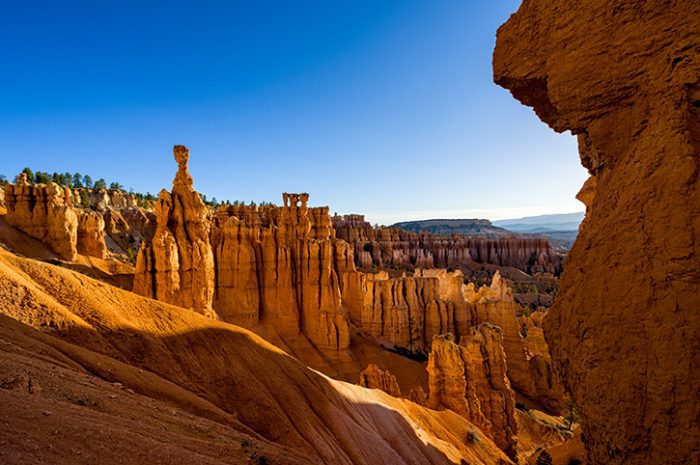 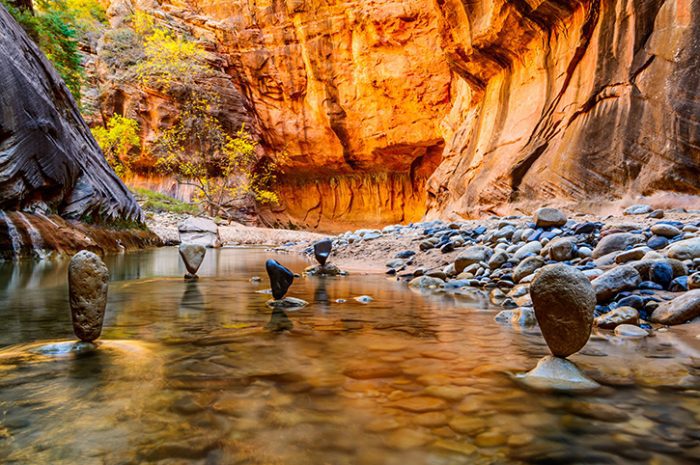 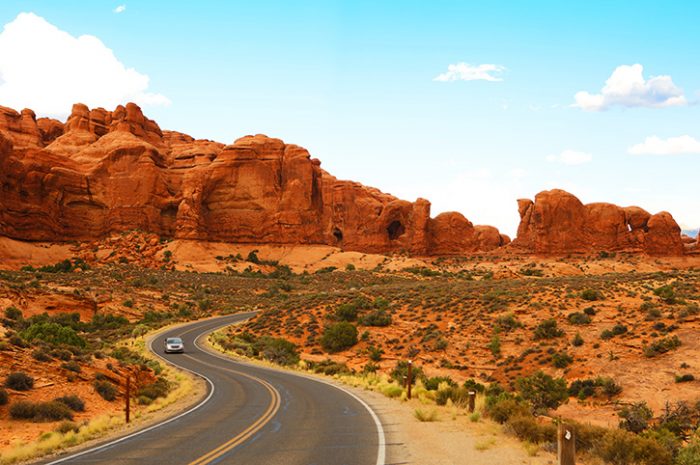 Find yourself surrounded by the natural beauty of the National Parks of the western United States on this tour. Explore canyon country and revel in the excitement of Las Vegas.

Arrive into Las Vegas and proceed to your chosen hotel. Welcome to the ‘City of Lights’! Las Vegas has something everyone. From the outrageous live shows to the excitement of casinos, the action never stops from morning to night. This evening, take your time and stroll down Las Vegas Boulevard, also known as ‘the strip’, to enjoy the spectacle offered by each hotel and casino, they all have a distinctly different theme and present wondrous displays.

Leave the glitz of Las Vegas this morning and head toward beautiful Zion National Park. Driving into Zion you will be greeted by gigantic sandstone monoliths and the sound of the soft rush of the Virgin River. Zion’s famous ‘Narrows’ are narrow stone crevices with colourful stripes formed by years of water and wind erosion; the result is a hiker’s paradise. In the park and along the river there are a variety of trails and paved pathways for explorers of all skill levels. If you’re short on time however, there is a complimentary shuttle system that runs throughout the park. By utilising this, you can also visit Zion’s other major attractions such as the Emerald Pools, Weeping Rock and Angels Landing. Stop at the Visitor Centre for information on guided tours and park history. Continue on to Kanab for an overnight stay.

Depart Kanab early this morning to see the north side of the Grand Canyon*. The North Rim has three developed viewpoints that look across the expanse of the canyon, rather than into its depths. Point Imperial and Cape Royal are reached via a winding scenic drive, the trip to both points can easily take half a day. Point Imperial, the highest point on the North Rim at 8,803 feet, overlooks the Painted Desert and the eastern end of Grand Canyon.

Before you depart this morning, be sure to visit the John Wesley Powell Museum to learn more about Lake Powell, before and after the dam construction. You may also wish to visit the magnificent Rainbow Bridge, the largest natural bridge in the world.

Bid farewell to Lake Powell and drive towards Monument Valley. Over the years, Monument Valley has been the setting for more Western movies than any other site in the United States. Unique sandstone formations punctuate the sometimes barren landscape. At dawn and dusk, the park comes to life when the sun transforms this area into a bright canvas, painting the monoliths with light and colour. Be sure to stop by the Visitor Centre & Museum and see the displays and exhibits of the nation’s largest Native American tribe or take a self-guided valley drive.

Depart Kayenta this morning and drive towards Canyonlands National Park, with its spectacular rock formations and vivid colours. Here you can view thousands of feet down into the Colorado and Green Rivers, or thousands of feet up to red rock arches, spires and cliffs. Visit The Needles district of the park, regarded as the most colourful section. If you’re feeling adventurous, you can hike 1,500 feet to Needle Point for breathtaking views. Later, continue on to Moab for a two night stay.

Today, visit Arches National Park. Here you will encounter over 2,000 natural freestanding sandstone arches. The number varies from day to day, as old arches crumble and new ones form. The most famous of these is Delicate Arch; the best viewing spots of this impressive arch are reached by leaving the car behind and getting out on to a trail. It is well worth the walk to encounter it’s magnificence up close.

Continue to Capitol Reef National Park, where most of the park is created from a hundred mile long ridge of rock that has eroded into wildly colourful and varied sandstone formations. Stop at Panorama Point for some excellent photo opportunities and to enjoy the views, then at the Park’s Visitor Centre you can view their displays and maybe hike one of the many trails that depart from there. Later, continue on to Torrey for an overnight stay.

This morning, depart Torrey and drive towards Bryce Canyon National Park. Stop for a visit at the Anasazi Indian Village State Park. This ancient Indian village in the heart of Utah’s canyon country was one of the largest Anasazi communities west of the Colorado River. The site is believed to have been occupied from A.D. 1050 to 1200. The Village remains largely un-excavated, but many artefacts have been uncovered and are on display in the newly remodelled museum.

As you continue, drive through Kodachrome Basin State Park. This Park consists of a spectacle of massive sandstone chimneys, ever-changing from gray and white to shades of red with the day’s mood. Numerous rocks and coves offer solitude, quiet and unique desert beauty.

Your next stop is Bryce Canyon National Park. Dramatically different from Zion, Bryce contains ‘amphitheatres’ of colourful eroded rock formations. These spires of rock are called hoodoos. It is their uniqueness that sets Bryce apart from anywhere else. Light reflecting on the hoodoos at different times of day change the colourful scene of the park. A two night stay has been arranged for you in this area.

Today is yours to explore the wonders of Bryce Canyon National Park. From some of the overlooks, you can see more than 100 miles on a clear day. There are also a variety of walking trails in the park that offer an up-close and personal encounter with nature. All of the unusual hoodoos have names that reflect the shape they resemble. Look to the guideposts or the park publications to see if you can identify these unusual formations.

Depart Bryce Canyon this morning and drive towards Cedar Breaks National Monument, which somewhat resembles Bryce Canyon but in a much smaller scale. Situated at an elevation of 10,000 feet, Cedar Breaks is shaped like a giant coliseum dropping 2,000 feet to its floor. Deep inside the coliseum are stone spires, columns, arches, pinnacles, and intricate canyons in varying shades of red, yellow and purple. During the summer months, the wildflower display here is nothing short of spectacular. Continue to Las Vegas for a two night stay.

Today is yours to explore this electrifying city however you choose. Visit the many elaborate hotels, take in a world famous show or shop till you drop in the many premier malls. For a different side of Vegas, be sure to visit Fremont Street, this historic street features shops, restaurants and casinos all centered around a pedestrian street where high above hangs a canopy screen where more than 12 million lights put on a spectacular show.

Today marks the end of your epic Utah adventure. At your leisure, make your way to the airport to drop off your hire car and catch a flight back to the UK.

Price is per person, based on 2 sharing a double or twin room and include pre-booked accommodation, air-conditioned car and unlimited mileage. Hotels specified are subject to availability and may be substituted by one of a similar or higher standard. Itineraries may vary for tours departing from 1st April 2022 onwards. 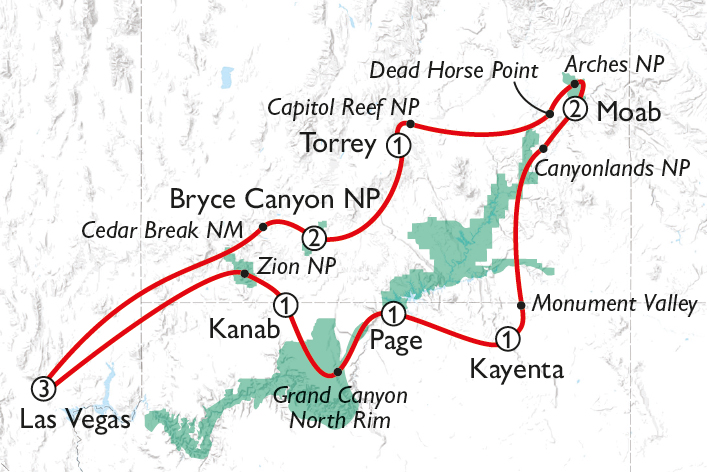