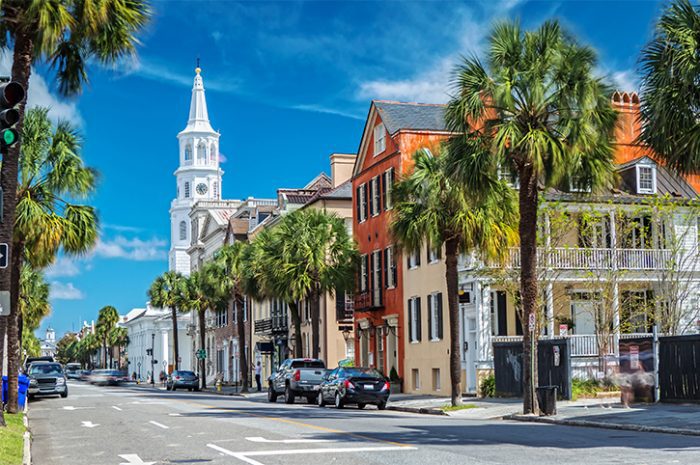 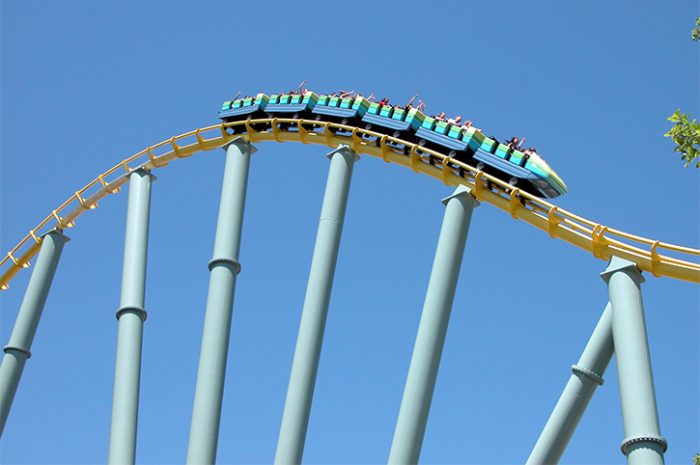 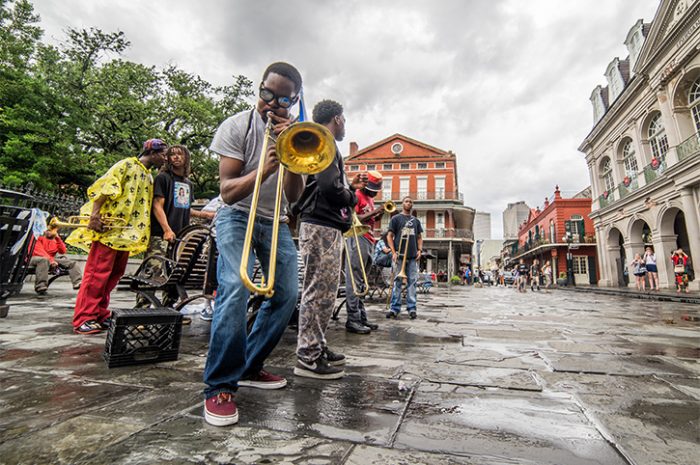 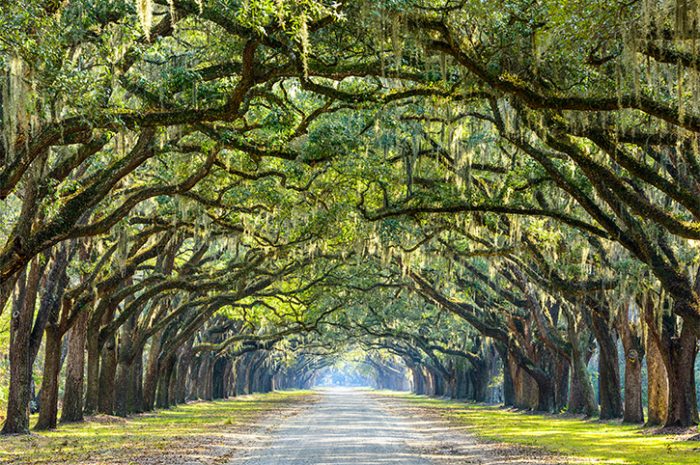 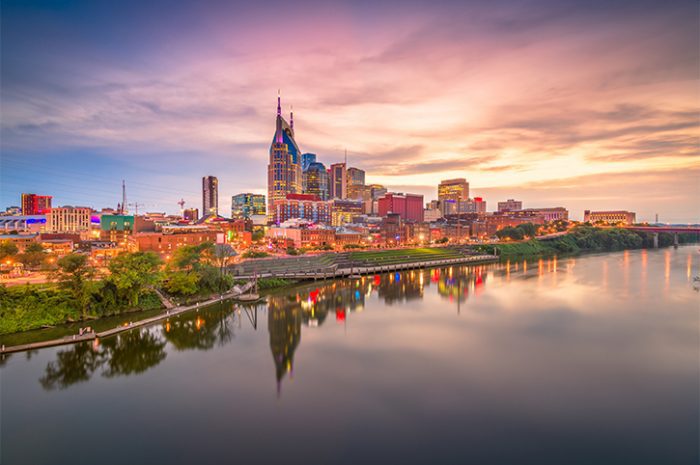 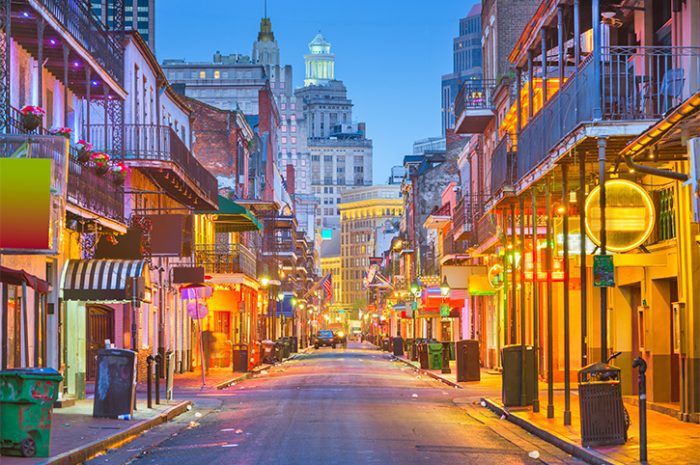 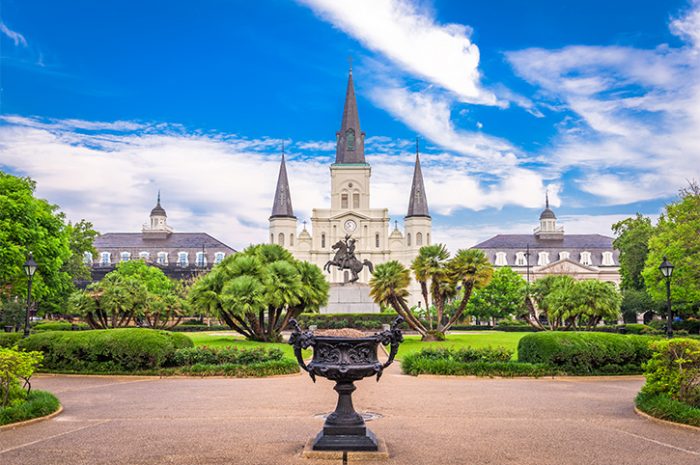 A superb, circular self drive taking you to Florida’s famous theme parks, the Deep South’s iconic music cities and the historic states of Georgia and the Carolinas.

Arrive in Orlando, collect your hire car and proceed to your hotel. Welcome to the Theme Park capital of the world! Enjoy an evening at Downtown Disney, with over 170 shopping, dining and entertainment facilities, everyone will find something fun to do.

Today you can enjoy the theme park of your choice. Choose from the following list of Orlando’s top theme parks:

Magic Kingdom Park®
Meet Mickey Mouse and his friends in the Magic Kingdom® Park, where the fantasies of Walt Disney become reality with attractions for the young, and the young at heart. See Cinderella Castle at the top of Main Street, USA which shows America as it was nearly a hundred years ago. Visit Adventureland, Frontierland, Liberty Square and Tomorrowland. See The Haunted Mansion and experience the thrill of riding Space Mountain. Make sure to visit Mickey’s Toontown Fair, THE place to meet Mickey and the gang in person. Enjoy the nightly fireworks spectacular featuring favourite Disney characters and a stunning music and lights display.

Universal Studios® Florida
You’re the star at Universal Studios where you can ride the movies. Join the agents from “Men in Black Alien Attack” and zap aliens as you chase them through the streets of New York. Plunge into darkness on Revenge of the Mummy® a psychological thrill ride that combines special effects and speed. See Shrek 4-D an original 3-D film, with an added dimension where you will see, hear and feel the action right from your seat. Fly with E.T. on a star-bound bike as you help him save his home planet. You’ll find something that appeals to kids of all ages at the place where you become part of the movies!

Universal‘s Islands of Adventure®
Journey through five remarkable islands where all your favourite myths, legends comic books and cartoon heroes come to life. Enter a comic book city in the Amazing Adventures of Spider-Man® a 3-D thrill ride, where you will battle evil and feel the adventure. Ride your couch through the pages of the famous children’s book “The Cat in the Hat!” on Seuss Island. Explore the Lost Continent® where you will find Duelling Dragons® the world’s first inverted duelling roller coaster. Experience all of the cutting edge rides and stories come to life at Universal’s Islands of Adventure.

Disney’s Epcot®
Visit the two entertaining worlds of Epcot® (Experimental Prototype Community of Tomorrow). This Park is a showplace for the achievements of man, a tribute to innovation and imagination, and a fellowship of international culture. It consists of Future World and World Showcase. Future World features attractions such as Spaceship Earth, where you will experience a journey from the beginning of time to the electronic age. Ride Test Track, a high-speed thriller that mimics actual vehicle testing conditions, sending you through breathtaking twists and turns. Explore all of Future World where innovation and invention entertain. World Showcase offers the cultures of eleven nations. The architecture and landscape change as you move from one country to the next. Taste the cuisine, shop and be entertained by distinctly different traditions. End the evening by watching Illuminations, a nighttime kaleidoscope of music and light.

Disney’s Animal Kingdom®
Take off on an African Safari to encounter real elephants, lions, and herds of zebra and giraffe. Voyage millions of years back in time to rescue a dinosaur from extinction. Join characters from The Lion King in a celebration of the never-ending Circle of Life. Whether real, imaginary, or extinct, the animals who rule this domain bring to life a day of adventure.

Drive up the coast toward St. Augustine, the oldest permanent European settlement in the continental United States. Here, the blend of Spanish, English and American cultures come alive. Continue on to Savannah where southern hospitality is alive and well in this charming town. The Historic District has twenty-two squares and cobblestone streets that will take you back in time. For delicious southern cooking, visit the restored Waterfront area which is lined with shops and restaurants.

OPTIONAL EXPERIENCE – Ghosts and Gravestones Savannah
Climb aboard the Trolley of the Doomed as we journey back in time and explore the mystery and intrigue that surround the many well-known sights and historical places in Savannah. We’ll take a fascinating look at some of the city’s most haunted sights, exposing the stories that centre upon our most famous and infamous residents. Our Gravedigger Guides will thrill and delight you with their spooky and humorous accounts of the supernatural – and perhaps you’ll experience an encounter with one of Savannah’s lost…

Continue on up the coast to another southern gem, Charleston. Along the way consider stopping in Beaufort, this little town claims nearly a hundred antebellum and pre-Revolutionary houses. Arrive later in Charleston where you will stay the night. A fantastic way to see the city is by a horse-drawn carriage; see the Old South in the architecture and gardens of the many historic homes and buildings as you clip-clop around the pretty streets. If you venture slightly outside the city you can experience a little antebellum life with a tour of the Magnolia Plantation and Gardens.

Welcoming its visitors with real southern hospitality, Atlanta is a bustling big city where the past and present collide. Visit the Martin Luther King Jr. National Historic Site and Sweet Auburn District; here you will find The King Centre and the historic Ebeneezer Baptist Church, or visit other Atlanta neighbourhoods like the quaint Midtown and luxurious Buckhead, both are filled with interesting shops and restaurants.

Leaving Atlanta, head to the more rural side of Tennessee through the Cherokee Indian Reservation. Visit the Great Smoky Mountains National Park, they are among the oldest mountains in the world and home to black bear, white-tailed deer, raccoons, coyote and the plentiful salamander. As you drive onwards into Gatlinburg, enjoy the breathtaking views all around you. Once settled, ride the sky lift to the top of Crockett Mountain for a bird’s eye view of the scenery.

Head for the heart and soul of country music, drive to Nashville Tennessee, better known as Music City, USA. Take the time to visit the Country Music Hall of Fame and Historic RCA Studio B to get an up-close look at what was once the second home of music legends Elvis Presley, Chet Atkins, Dolly Parton and many more. For a slightly different side of Nashville, see the Parthenon, the world’s only full-scale reproduction of the famous Greek temple. This evening consider a dinner cruise on a paddlewheel riverboat or a dinner theatre experience, both offer exceptional entertainment and cuisine.

Leave country music behind and travel to Memphis, home of the blues. Your first stop must be Graceland, Elvis Presley’s 14-acre estate. Visit the “Birthplace of Rock ‘n Roll” at Sun Studios. After that, visit the original studio itself, the exact same room where the likes of Johnny Cash and Elvis recorded their first tracks. Stroll down historic Beale Street where blues has been playing for more than half a century, this historic entertainment mecca has something for everyone, whether you want to listen to music or sample southern barbecue.

OPTIONAL EXPERIENCE – Graceland Mansion Tour
Tour Elvis Presley’s expansive 14-acre estate which includes the Graceland Mansion and grounds. Among the many exhibits are Elvis’ two custom airplanes, the Automobile Museum featuring his famous Pink Cadillac, the Elvis Lives: The King of Pop Culture Exhibit where you can experience how Elvis has influenced pop culture as we know it today and the Hollywood Exhibit for a look at the story of how Elvis transitioned from singer to an on-screen star. As you step inside Graceland Mansion, you will follow in the same steps as Elvis himself on a multimedia iPad tour* narrated by John Stamos, featuring commentary and stories by Elvis and his daughter Lisa Marie. See where Elvis lived, relaxed and spent time with his friends and family. Graceland tours offer a very personal look inside the home of the King of Rock ‘n’ Roll

Drive toward Mississippi into the town of Natchez, it’s the oldest permanent settlement on the Mississippi River and well known for the preservation of many antebellum homes. Natchez is home to one of the most magnificent palatial residences of antebellum America, Stanton Hall. Below the town lies Natchez Under-the-Hill, once a haven for all things inappropriate, it is now home to a great selection of bars and restaurants and even a riverboat casino.

Swap Natchez for bustling New Orleans, a modern city with a historic soul. Around every corner you will find eclectic shops and fine dining, visit the French Market and find treasures of food, antiques and crafts. Make sure to sample a beignet, the state doughnut of Louisiana, Enjoy a paddleboat cruise along the Mississippi River; hear about the city’s colourful history while savouring a cocktail on the deck. At night stroll famous Bourbon Street where the heart of jazz lives in New Orleans. You will likely hear this music in the streets and pouring out of the many nightclubs and bars.

OPTIONAL EXPERIENCE – Atchafalaya Experience
Louisiana’s Atchafalaya is North America’s largest river swamp and ranks among the top 10 wilderness areas in the United States. On any given day one can expect to encounter beaver, nutria, otters, mink, deer, squirrels and other mammals, as well as up to 38 species of birds, including some which are endangered. And of course, alligators!

Venture out of the city centre to the Garden District, this elegant neighbourhood is home to lovely southern homes and lined with parks and cafes. If you’re feeling more adventurous, consider an escapade through the swamps, in these mysterious waterways that surround the city, you will get up close with alligators and other exotic creatures. You never know what you’ll see!

Leave New Orleans behind and drive to Tallahassee. Along the way, look out for Mobile, this is a great place to stop for some lunch overlooking the waterfront. Continue on to Tallahassee for a dose of Florida History at the ‘Visit the Old Capitol Museum’.

Allow approximately six hours driving time to reach Orlando and consider one of the many dinner shows for your final night there.

Depart at leisure to Orlando Airport to return your car and board a flight home or onward to your next destination. 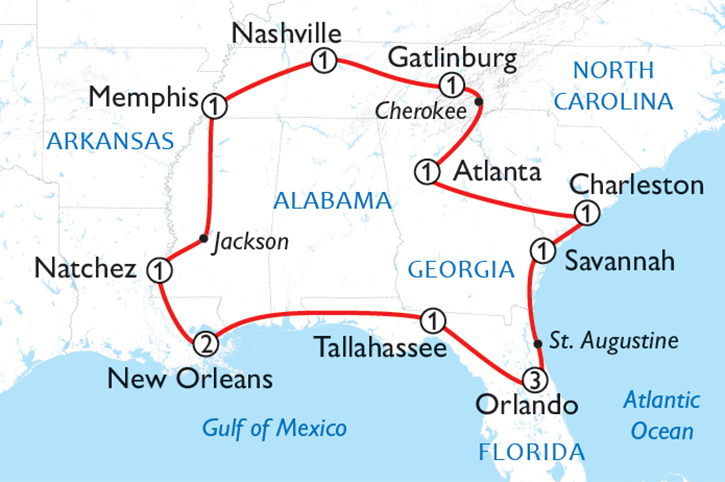 Enjoy independent touring at its very best. You can book our self drives as they are or add extra days in the places you choose. Normally available in both directions.

See more holidays to Florida and the South…