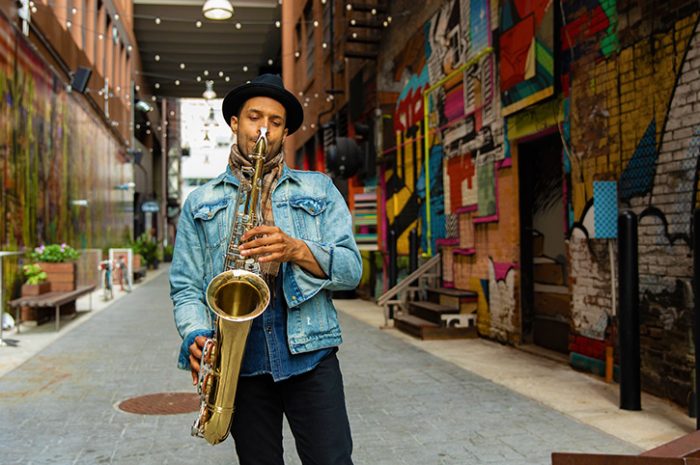 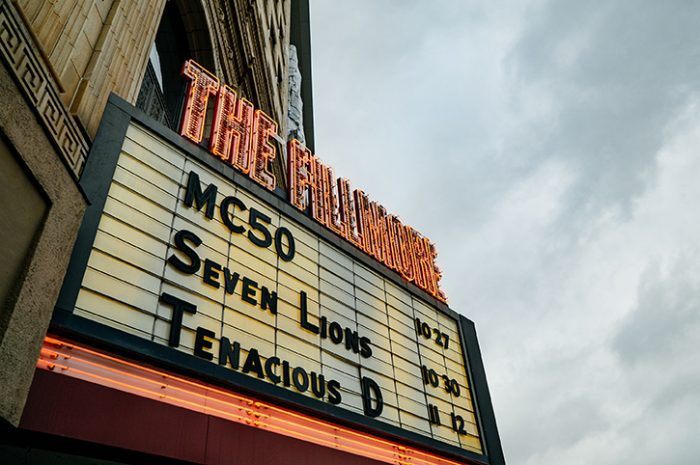 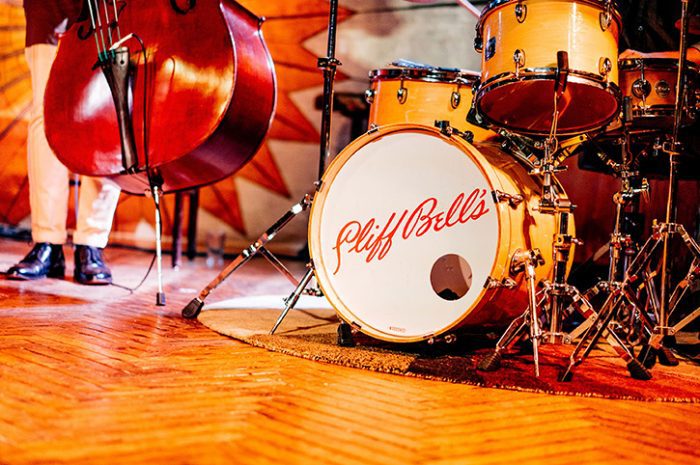 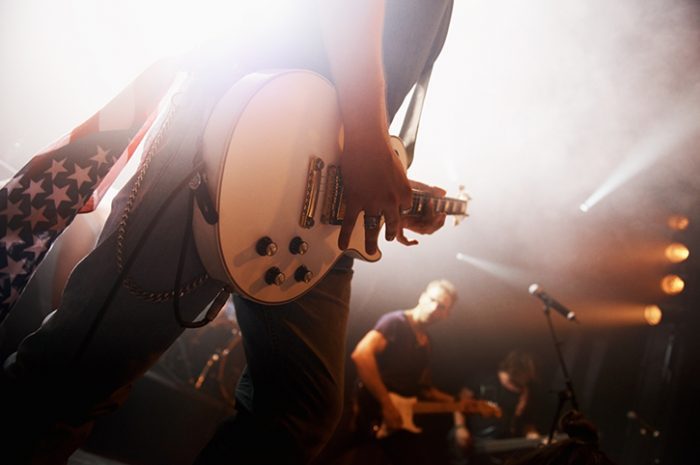 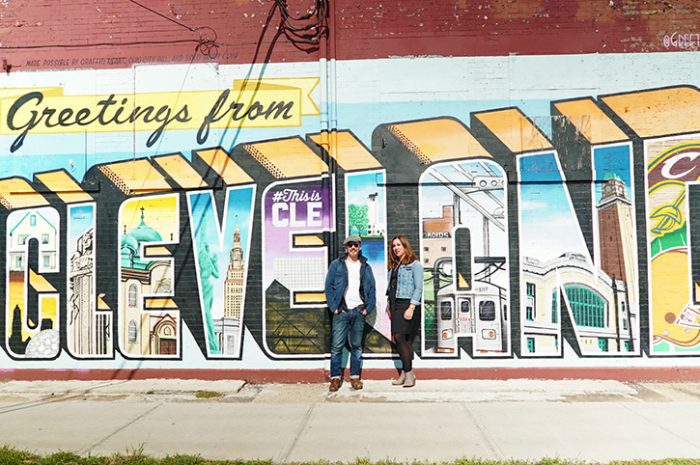 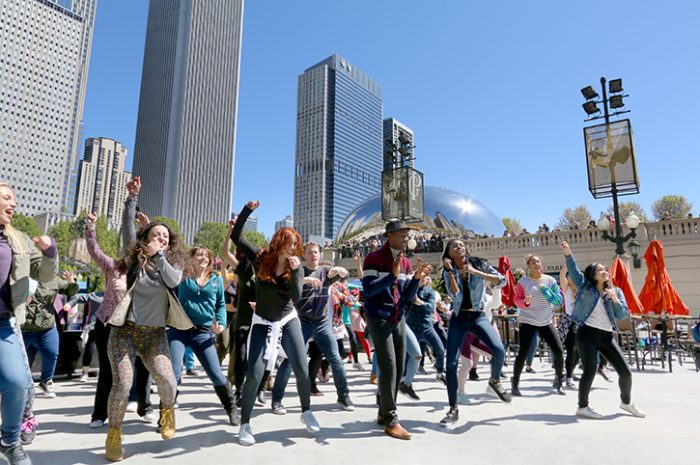 See some of the greatest cities in North America whilst discovering their musical influence. Start in Chicago, learning about jazz and blues before you continue to Detroit, Cleveland, Pittsburgh, Philadelphia, New York and finally Boston.

Welcome to Chicago. The ‘Windy City’ as it is often called, lies along the shores of Lake Michigan and is known for its vibrant arts scene, cultural attractions, shopping, and stunning architecture. Upon arrival, transfer independently to your hotel.

Chicago’s music history is firmly rooted in Jazz and Blues, but the diverse music scene offers a variety of genres as well as a thriving musical theatre hub and the famous annual Lollapalooza and Pitchfork festivals. Continuing a tradition that began in 1907, take in a Jazz or Big Band performance at the Green Mill Cocktail Lounge. Muddy Waters and Buddy Guy were among musicians who developed the legendary Chicago Blues style; see Guy still performing every January in his Legends club. A big city, of course, needs big venues for touring shows; top acts fill up the United Centre, Allstate Arena and the Chicago Theatre. The city is a melting pot, and the pedigrees are reflected on local stages. See eclectic line-ups and up-and-coming performers on small stages in the Wicker Park, Bucktown, Lincoln Park and Logan Square neighbourhoods.

This morning, pick-up your rental car and follow the spectacular shoreline of Lake Michigan into Indiana to South Bend, home of the University of Notre Dame, where a must do tour includes the spectacular Basilica of the Sacred Heart. Departing South Bend, you’ll enter Michigan and proceed to the vibrant university town of Ann Arbor, where its Main Street is considered one of the most picturesque in the USA. See local acts performing live at The Ark or Kerrytown Concert House. Proceed to Detroit, where revitalisation in the city centre has brought trendy restaurants, shops and cultural venues to a destination known both as ‘Motor City’ and the birthplace of Motown music. At the Motown Museum, view artefacts and see where music icons such as Stevie Wonder, the Supremes and Marvin Gaye recorded hits in the 1960s heyday. Other acts with Detroit roots include Alice Cooper, Eminem and Jack White. Jazz lovers can hear live music nightly at Cliff Bell’s, a legendary, restored art-deco nightclub. From tunes by established Hip-Hop artists to the classic sounds of the Detroit Symphony Orchestra, a variety of first-rate music is played in Detroit.

Follow the shores of Lake Erie, one of the Great Lakes, to Toledo, Ohio, where a stop to view masterworks and the Glass Pavilion at the Toledo Museum of Art will not disappoint. For a more daring outing, drive about an hour to Cedar Point Amusement Park for thrill rides on nearly 20 roller coasters. Continue to Cleveland, where the phrase ‘rock ‘n’ roll’ was coined by a radio disc jockey. Spot the distinct I.M. Pei-designed pyramid-shaped building on the Lake Erie waterfront and go inside the Rock & Roll Hall of Fame. Wander through several floors to see permanent and temporary exhibits and learn about the biggest Rock music acts. While Cleveland has an amazing tale of musical history, it also has a vibrant music scene today at venues such as Beachland Ballroom & Tavern and the Music Box Supper Club.

It is fitting that this trip includes Pittsburgh, where Stephen Foster was born in 1826. Known as the ‘father of American music’, he composed more than 200 popular songs and sold them on sheet music. In the Hill District, a centre for African-American culture, Jazz performers like singers Lena Horne and Billy Eckstine and drummer Kenny Clark made their mark in the mid-1900s at places like the Belmont, Loendi Club and Crawford Grill; Horne was among the first to be inducted to the Pittsburgh Jazz Hall of Fame. Fast-forward to the 1960s, when Bobby Vinton, the Lettermen, the Del Vikings and others started singing Doo Wop, again putting Pittsburgh on the musical map. The Pop, Rock and Rap genres also have roots in the city with Christina Aguilera, Chris Frantz of the Talking Heads, Bret Michaels and Wiz Khalifa. Venues to see Pittsburgh’s newest up-and-comers include Brillobox, Park House and Club Cafe. For bigger shows, check out Stage AE, Heinz Hall or PPG Paints Arena.

From Pittsburgh, travel through the Pennsylvania Amish Country for a glimpse into the horse-and-buggy lifestyle before arriving in bustling Philadelphia, known as the birthplace of the USA because that’s where the Declaration of Independence and U.S. Constitution were signed. Among the most iconic of the city’s performance venues is the Academy of Music, established in 1857. Since 1924, composers and performers from throughout the world, including Leonard Bernstein and Samuel Barber, have trained at the Curtis Institute of Music in Rittenhouse Square. When you enjoy a Philadelphia Orchestra concert, take note that half of its musicians graduated from Curtis. Philadelphia singers such as Frankie Avalon and Chubby Checker put the city at the forefront in the early years of rock ‘n’ roll, and Dick Clark exposed Philadelphia as a cutting-edge music city through the TV show ‘American Bandstand’ that aired for nearly 40 years. Hum the melody of Elton John’s 1975 song ‘Philadelphia Freedom’ as you view some of the 4,000 murals throughout the city, then attend a free concert at the outdoor Piazza at Schmidt’s in the Northern Liberties downtown neighbourhood near the Delaware River. Immerse yourself in local culture at one of the many outdoor festivals, including the summer concert series at the Great Plaza at Penn’s Landing on the riverfront, or the Made in America Festival the first weekend in September on the Benjamin Franklin Parkway. Prefer the indoors? Venues large and small continue the centuries old tradition of making great music in a variety of genres.

Travel north to the Big Apple, New York City, where some of the most iconic American music originated. Brooklyn native Aaron Copland composed some of the most famous film scores, operas, ballets and band music of the 20th century, and other legendary musicians followed to forge the city’s music history. Whether you prefer dimly lit underground clubs in Greenwich Village, the elegance of Carnegie Hall or Radio City Music Hall, or mainstream venues like Madison Square Garden or Broadway theatres, you can find it in New York City. Credited for being the origin of genres like Punk, Hip-Hop and Disco as well the legacies of JAY-Z, Cyndi Lauper, Blondie, Lady Gaga, the Talking Heads and Burt Bacharach, people the world over go to New York City to sample the variety of the music scene whether it is for Blues, Jazz, Salsa, Rap or Electronic beats. In the five culturally diverse boroughs, see singer-songwriters getting their start in neighbourhood cafes, rising stars commanding the stages in standing-room-only clubs into the wee hours and legends headlining sold-out concerts. You’ll never find yourself lacking in live music options at places like the Lincoln Centre for the Performing Arts, Beacon Theatre and The Town Hall. Before you leave town, pay homage to John Lennon at Strawberry Fields near the Dakota Apartments, where he died in 1980, and visit the Apollo Theatre, the world-famous venue in Harlem that opened in 1914 for African-American patrons and continues to draw fans eager to hear the next big star.

In a city that played a prominent role in the birth of the USA in the 1700s, historic buildings dot the Boston cityscape, but there is nothing old-fashioned about the music scene. Look to the power era of the 1960s through the 1990s that set the pace with several Boston acts creeping to national prominence – James Taylor, Joan Baez, Donna Summer, Boston, The Cars, Aerosmith, New Edition and New Kids on the Block. The heart of New England pulses with pumped-up volume in the established Punk, Metal and Hard-Core scenes. With 35 colleges, universities and community colleges in Boston, there’s always an audience to hear emerging new artists in a variety of genres. Some of those musicians might be students at Berklee College of Music performing at intimate venues like Atwood’s Tavern, Great Scott or the Lizard Lounge. Venture to the waterfront Seaport District for dining, lodging, breweries and a plethora of bars and pubs featuring live music. Catch big-name touring acts at the Bank of American Pavilion at the Boston Harbour or the Comcast Centre amphitheatre in Mansfield. Tone it down with a classy night enjoying the Boston Symphony Orchestra or Boston Lyric Opera. Kick it up a notch and head to the Hatch Shell along the Charles River for Fourth of July festivities and to see fireworks synchronised to the music of the Boston Pops Orchestra.

Today marks the end of your Great North Music Tour. Once you’ve returned your rental car, head to the airport for your departure flight. You could of course choose to add some extra time here in Boston or maybe add another destination to continue the adventure.

Price is per person, based on 2 sharing a double or twin room and includes pre-booked accommodation, air conditioned car and unlimited mileage. One-way fees charged locally. Hotels specified are subject to availability and may be substituted by one of a similar or higher standard. Itineraries may vary for tours departing from 1 April 2022 onwards. 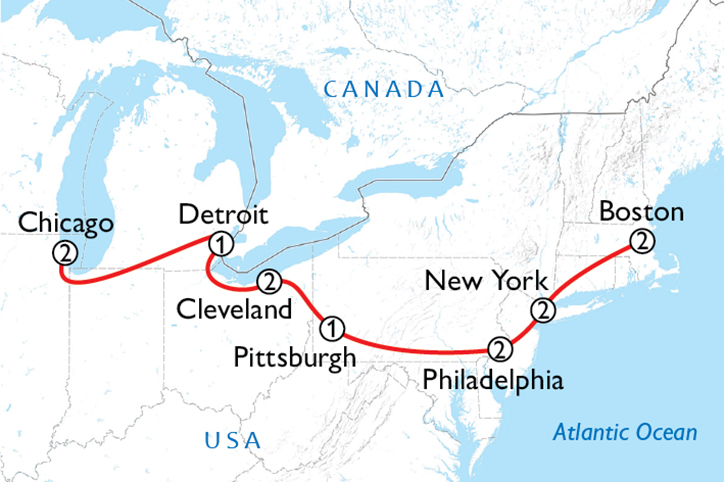 See more holidays to New York and the East…