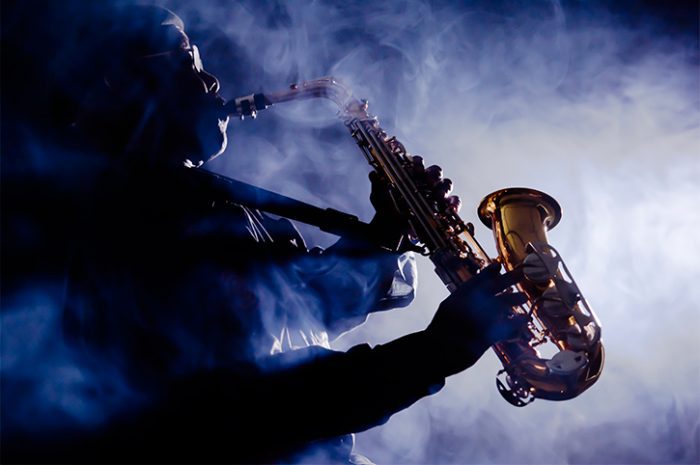 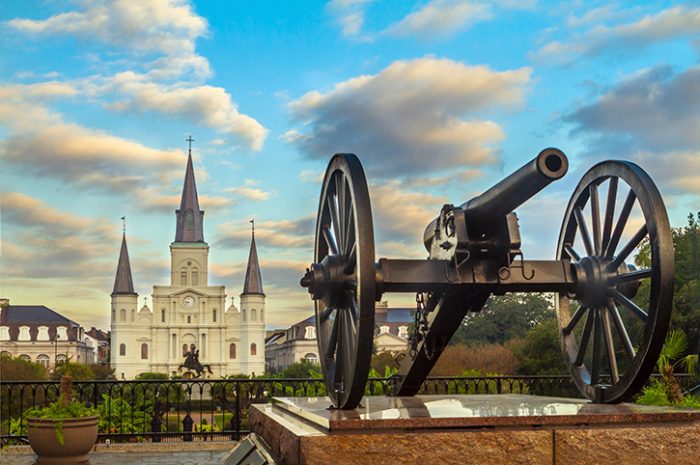 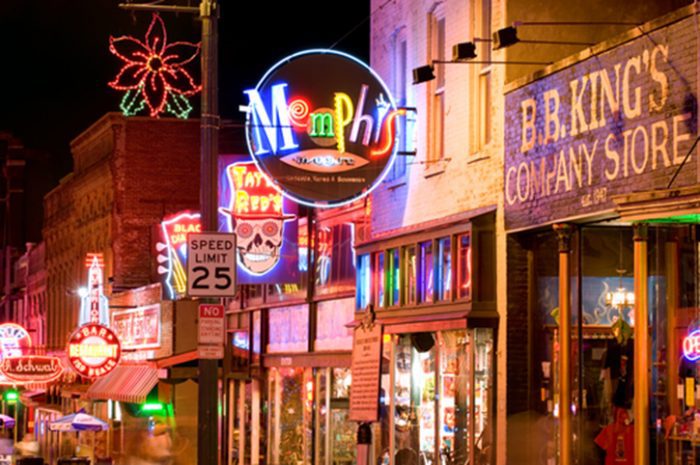 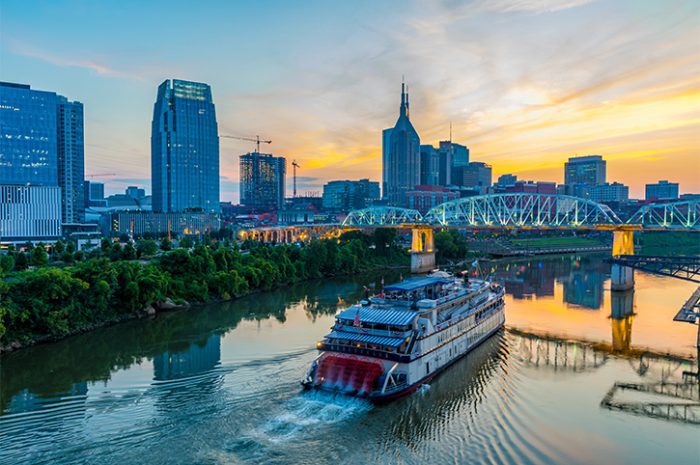 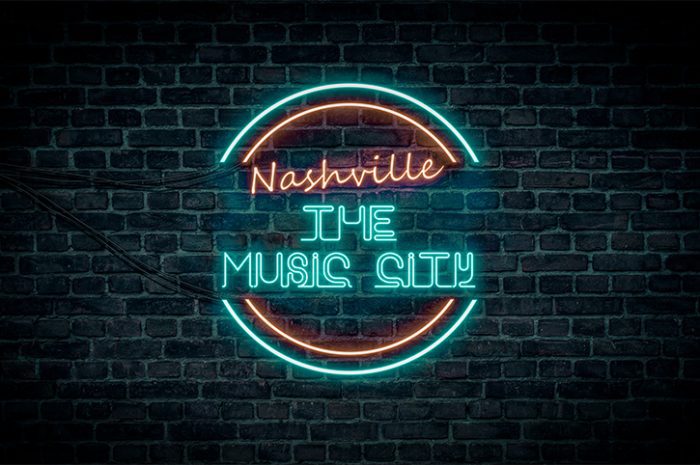 Trace the roots of American music in the Deep South and experience the unique cultural landscape and volatile history that gave birth to the blues, country and rock ‘n’ roll.

Welcome to Atlanta and the Southern state of Georgia for the start of your Deep South USA tour. The day is free for you to explore before an evening welcome meeting at 18:00 hrs at your hotel. A self-guided walking tour of downtown Atlanta is highly recommended and if you fancy a bite of Southern cuisine, stop by Empire State South.

Head west into Alabama and to the state’s largest city – Birmingham. This city was the primary site of the Civil Rights Movement and where Dr Martin Luther King Jr. began his campaign of civil disobedience. Make a visit to the Civil Rights Institute for an excellent introduction to the region’s volatile history as you start your journey through the South.

Welcome to the cultural melting pot of the Deep South, New Orleans. Otherwise known as the `Big Easy‘, the eclectic mix of European, Creole and Cajun culture manifests in every aspect of the architecture, cuisine and musical scene. Take in the sights and sounds of Bourbon Street, relax in the Garden District and absorb the ambience of the French Quarter, known also as ‘The Quarter’. Founded by French traders in 1718, there are many layers of history in this city, and all its many attractions combined make it one of the most visited cities in the USA.

Step back in time to when life was gracefully slow and enjoy an included Mississippi riverboat dinner cruise, dining on a delicious local cuisine buffet that is directly influenced by the myriad of cultures that together make up Louisiana. Your evenings in New Orleans will be easily spent as there is much to do, not least of all continuing your indulgence and appreciation of American music by enjoying some of the many live performances that take place nightly in this vibrant city. This includes the famous Preservation Hall where top-drawer jazz musicians play every evening to a small audience in an intimate space – but be prepared to queue! There will also be the chance to step out of the city and explore the wild river swamplands of Louisiana, where you can head out by boat beneath the cypress trees in search of wildlife.

Hotel: The Whitney Hotel or similar
Meals: Breakfast and dinner

This morning you enjoy an included visit to Houmas House Plantation and Gardens. This antebellum estate was completed in 1828 and with 38 lush acres of gardens, ponds and a majestic live oak alley, Houmas House makes for a wonderful stop. Next, you follow the river road north to the very first established settlement on the Mississippi River. The original capital of the Mississippi Territory, Natchez, was at the heart of the slave trade and is the birthplace of the Mississippi riverboat. Why not go on a self-guided walking tour through the streets of Natchez’ historic district with over 50 antebellum homes and historic churches. Worthy of a visit is the `Under the Hill’ area made famous by Mark Twain, or explore one of the most interesting cemeteries in the South. You’ll overnight in the historic Briars B&B which offers the charm of the ‘Old South’.

Next, it’s onto Clarksdale and the Hopson Plantation, which is the former home of legendary blues pianist Pinetop Perkins. It is also where they tested the International Harvester automated cotton picker. Your leader will give you some history including the system of sharecropping and the evolution of the cotton industry that shaped life for so many in this region. Clarksdale is also home to the infamous `Crossroads’, where legend has it that blues musician Robert Johnson sold his soul to the devil. Within the town you’ll find the Delta Blues Museum, a literal blues shrine of artefacts and memorabilia, as well as actor Morgan Freeman’s Ground Zero Blues Club. Red’s is definitely worth a visit for live music – an authentic `juke joint’ where you’ll be transported to the real heart of the South!

Cross into Tennessee. Located near the Mississippi River, Memphis has a long and colourful past. Legendary forefathers such as Louis Armstrong, Muddy Waters and the late B.B. King helped to put Beale Street on the musical map. A highlight of your stay in Memphis is an included excursion to Graceland, the home of Elvis Presley, who influenced country, blues and rock ‘n’ roll music.

You also have the chance to visit the iconic Sun Studio which opened in 1950 and is a place where many great names have passed through, from Howlin’ Wolf to Johnny Cash, and you may like to visit the Gibson guitar factory to completely immerse yourself in the fascinating musical heritage of this city. There’s also an opportunity to hear gospel music on Sunday morning (*excluding New Orleans Jazz Festival departure). Outside of music, the National Civil Rights Museum located in the former Lorraine Hotel, at the site where Martin Luther King was assassinated, is well worth a visit.

From Memphis, you make your way to Nashville – the undisputed capital of country music. Home to the Country Music Hall of Fame and the famous Wildhorse Saloon, Nashville offers the perfect opportunity to try some line dancing. Broadway is lined with honky-tonks and intimate live music venues playing not only country, but all genres of music.

As well as its indelible country music links, Nashville is also the capital of Tennessee and the state’s second largest city after Memphis. Situated on the banks of the Cumberland River it was established as a major river port by settlers in 1779. Your time in Nashville is free for you to indulge in your choice of the many music and entertainment options available (entrance fees apply). The Grand Ole Opry is the world’s longest running radio show and a recommended highlight. You can enjoy performances at the famous Grand Ole Opry House located 24 km east of the city. Book before you arrive to avoid missing out as these shows are popular!

Make your way towards Atlanta where you have the option of stopping in at Lynchburg where you can pay homage to Tennessee’s most famous drink by enjoying a tour of the Jack Daniel’s Whiskey Distillery for a serving of Southern hospitality. Your Deep South USA tour ends in the modern-day metropolis of Atlanta, known as the New York of the South.

All prices are per person, based on 2 sharing a twin room, and include meals where shown. Call Freedom Destinations for departure dates and availability. Seasonal variations may apply – call 0333 234 0922 or enquire now for more details** Note: Itineraries may vary for tours departing from 1st April 2021 onwards.

First class small group touring with the company of others. Our experienced guides will make sure you don’t miss a thing.