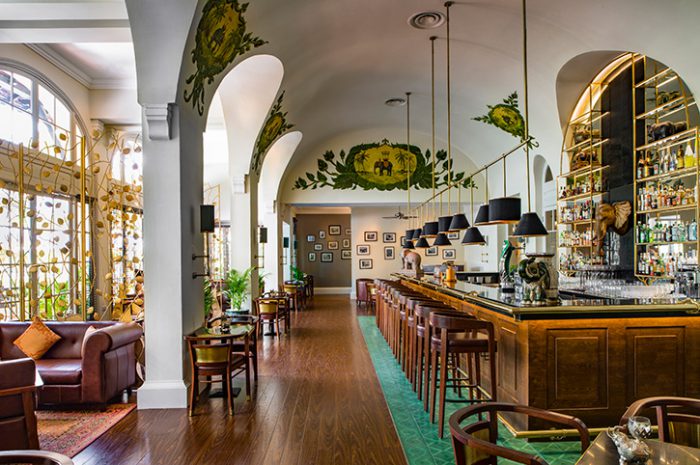 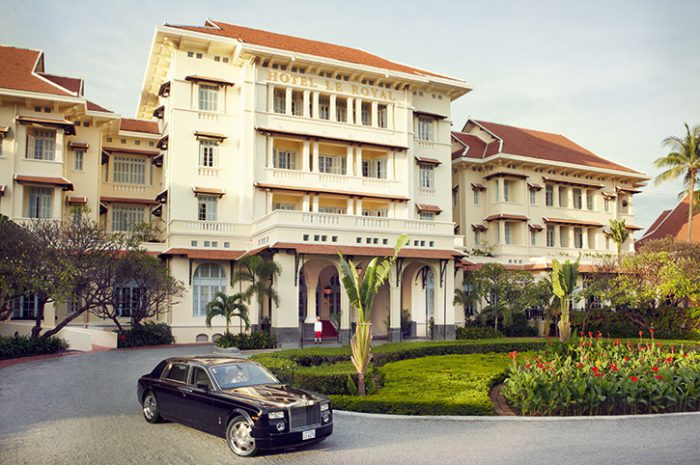 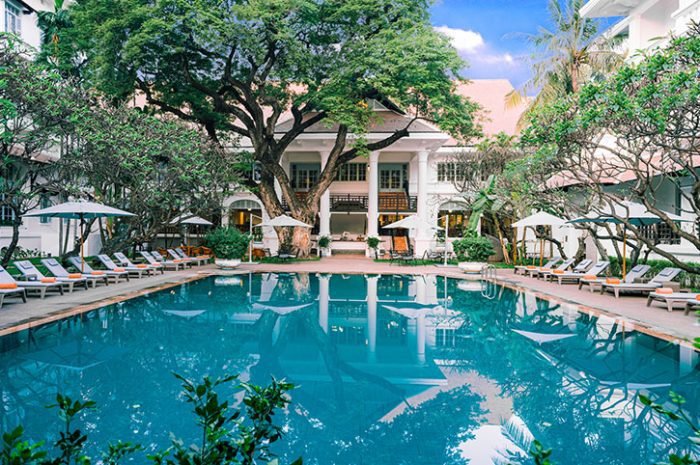 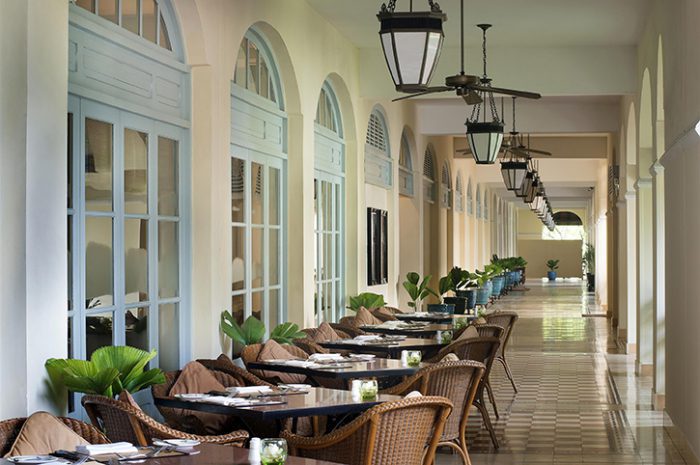 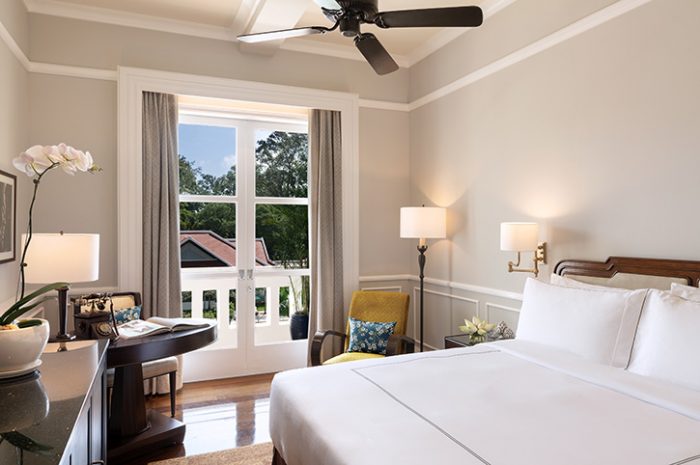 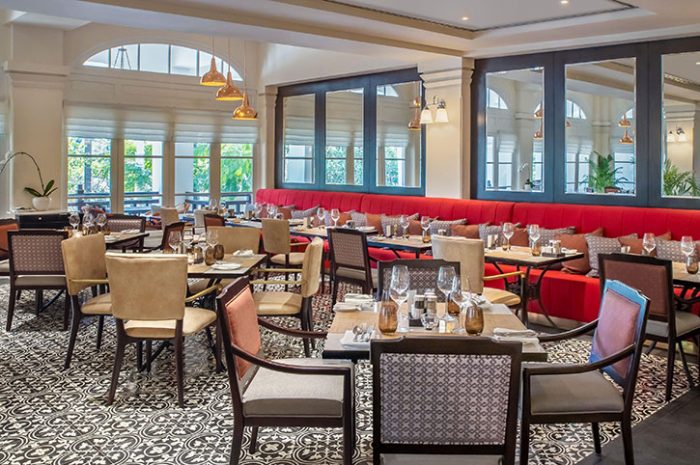 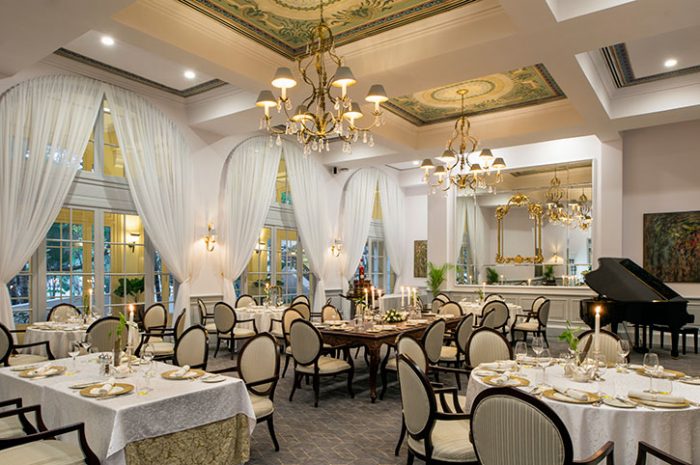 An elegant blend of Khmer, art deco and French colonial architecture, Raffles Le Royal is a historical landmark that has been welcoming visitors since 1929.

You are well placed for both sightseeing and shopping with the Royal Palace and Central Market a short ride away, whilst Wat Phnom, the temple after which the city is named, is within walking distance.

The hotel is built around a central private courtyard, with two swimming pools fringed by Frangipani-lined tropical gardens creating an oasis within the city. The famous Elephant Bar is an institution in the city where the famous Raffles afternoon tea is served as well as the Femme Fatale signature cocktail, first concocted for Jacqueline Kennedy during her visit to Cambodia in 1967.

The rooms are all attractively furnished in period style and have air conditioning, ceiling fan, television, telephone, free WiFi and safe.

There is a choice of restaurants and bar, spa, two swimming pools including one for children as well as a selection of shops.

Include this Hotel in an Asia holiday
designed for you