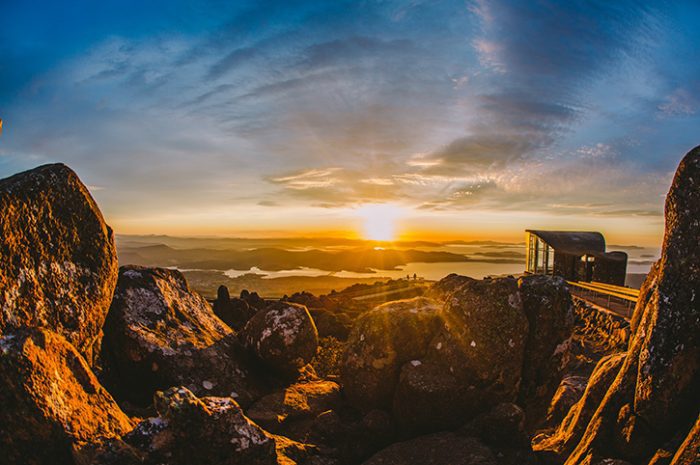 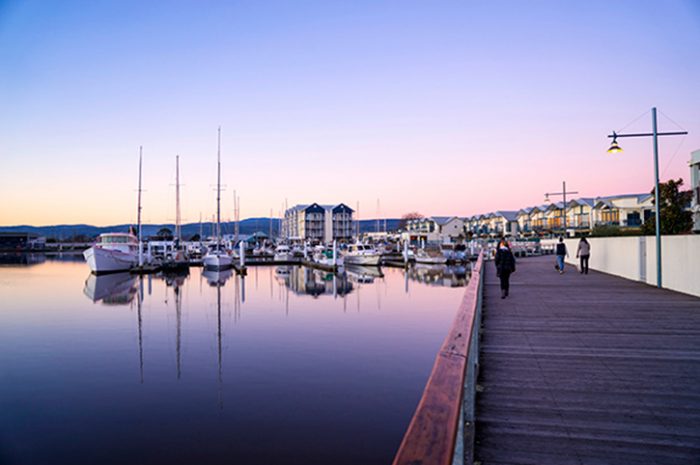 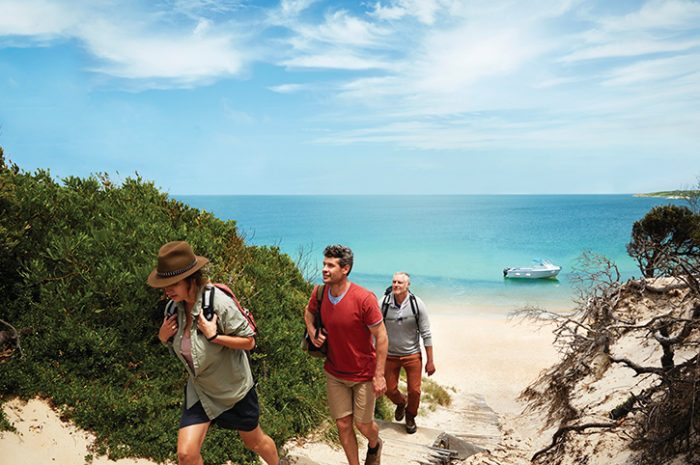 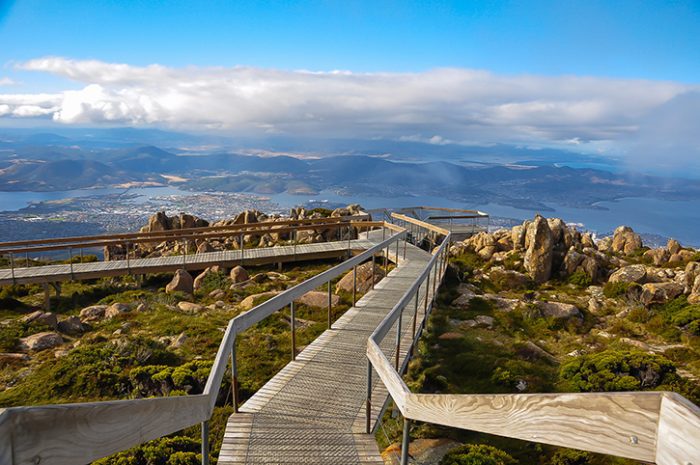 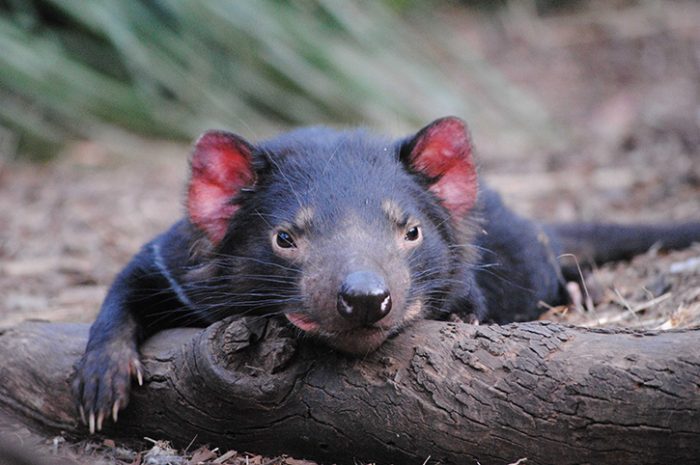 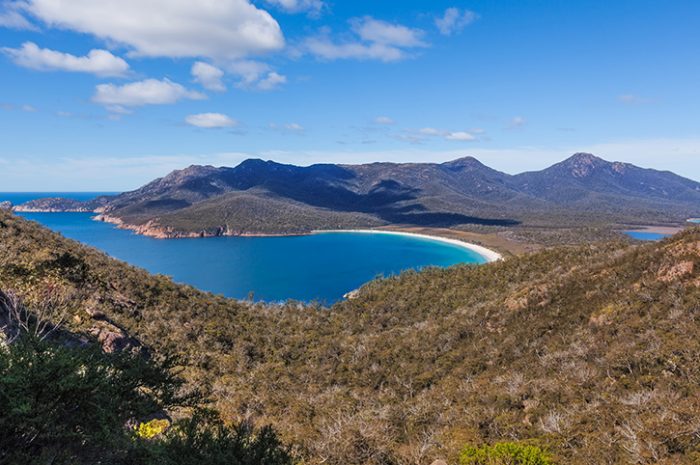 Enjoy unspoilt natural scenery mixed with fascinating convict history on a leisurely journey of Tasmania. From the northern gateway of Launceston, along the East Coast to famous Freycinet National Park before heading to Tasmania’s capital.

Launceston is known as the ‘garden city’ because of its abundance of well established beautiful public and private gardens. The city is nestled in a wide river valley amid lush green countryside. Cataract Gorge is well worthwhile visiting, located only a few minutes drive from the city. A 1.6km walk along the face of the cliff ends in the Cataract Cliff Grounds Reserve from where a chairlift crosses the gorge.

Depart Launceston via the Midland Highway to Campbell Town, travelling towards the coast, and the beautiful Coles Bay.

Coles Bay is nestled beside the world famous Freycinet National Park where spectacular red granite peaks plunge deep into the Ocean. The park itself has long been recognised and was proclaimed in 1916 as a flora and fauna reserve. Now it covers 11,000 hectares and boasts a variety of vegetation including wattles, Oyster Bay pines, grass trees and banksias with the predominant feature being its coastal heath lands.

Secluded swimming areas can be found on the east coast of the park such as Wineglass Bay with spectacular sandy beaches.

Today is yours to explore the region at your leisure. The Coles Bay-Freycinet National Park area is noted for its spectacular coastal scenery and its emphasis on fishing, boating, bushwalking and swimming. Where else would you find granite mountains rising straight from the sea to form a magnificent sheltered waterway?

Walk into the park and climb the Hazards or the mountains to the south, both of which offer marvellous views across the bay and out across the Tasman Sea. Or drive on the rough roads through the National Park stopping for a spectacular view or pulling off the road to go swimming in the clear, safe waters of the bay.

Depart Coles Bay and journey along the Arthur Highway via Dunalley to Port Arthur.

Port Arthur is a symbol of Australia’s 19th century convict system. The settlement operated from 1830 to 1877 as a timber producing sawing station, and later as an industrial prison. After the closure, most of the land and buildings were auctioned off, with new residents renaming it Carnarvon township. Following bushfires in 1895, the old settlement has now been restored and is today, Tasmania’s premier historic site. In the evening, you can attend Ghost Tours where you walk around the settlement with a guide who tells of all the ghosts who still ‘live’ in the area.

Depart Port Arthur and travel via the Arthur Highway, through Sorell to Hobart.

Hobart is situated on the Derwent River, one of the deepest harbours in the world. The old city centre, with its wealth of colonial buildings, clusters around Sullivans Cove, backed by wooded slopes rising to the often snow-capped peak of Mount Wellington. Its limited size, rich architectural heritage and beautiful setting make Hobart a delight to explore.

Return your vehicle to the Hobart Airport depot or Hobart city Avis Depot. 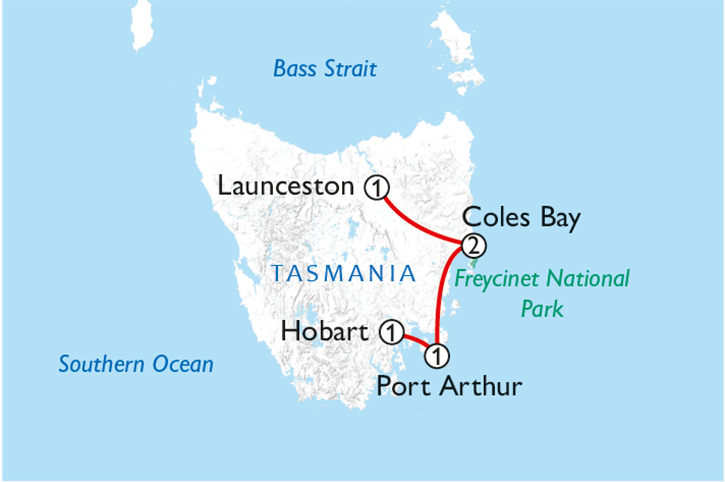 Relaxed and enjoyable self drive tour. Book them as they are or ask your consultant to add extra days in the places you choose.