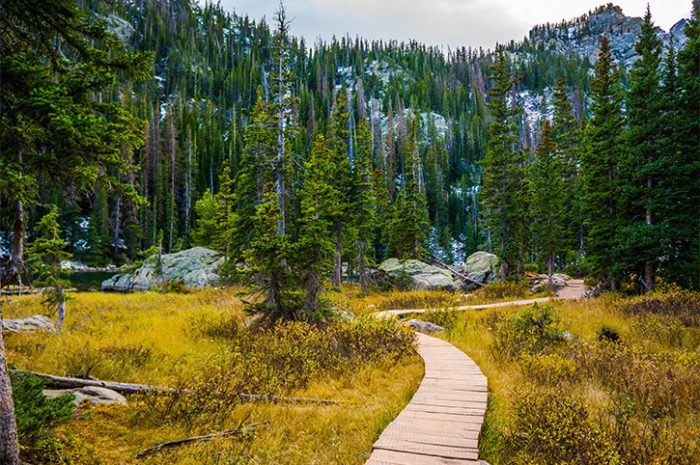 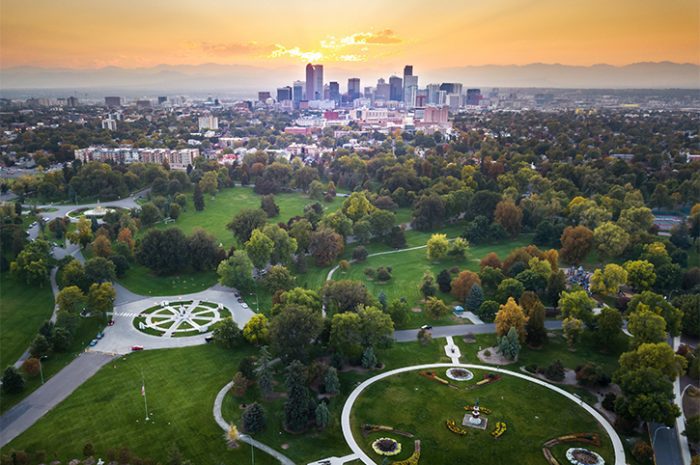 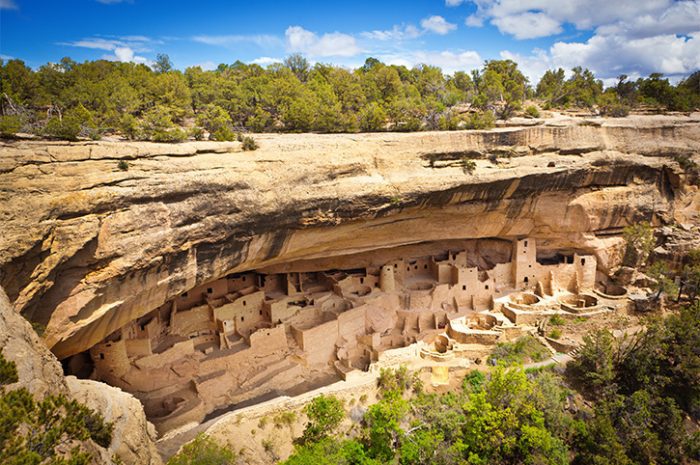 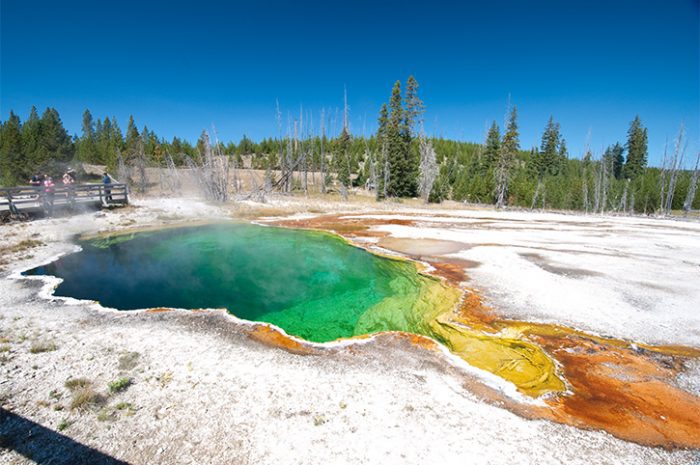 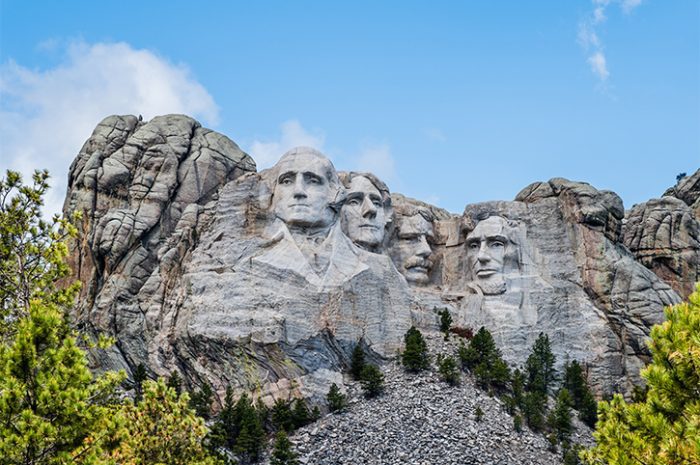 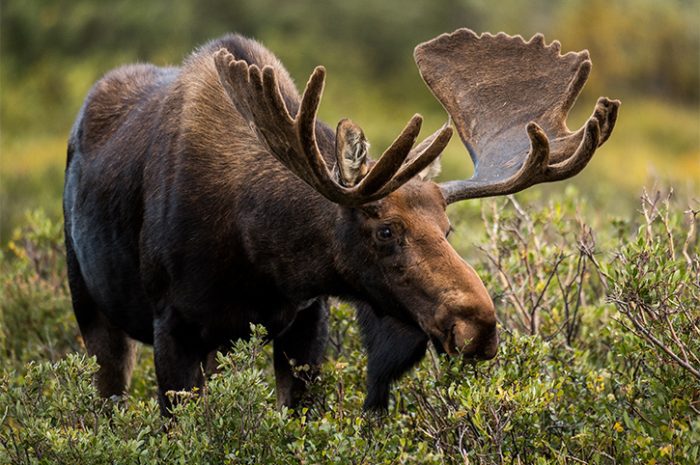 Arrive and settle into your hotel. A stroll through the picturesque pedestrian zone with its many shops and restaurants lets you feel the flair of this metropolis.

This former gold mining town, which is also called ‘Mile High City’ because it is located 1.609 meters high in the Rocky Mountains, has the biggest brewery, the greatest bell collection of the world, the largest wine tasting place, and the longest street in America. You may want to see the newly remodelled Denver Art Museum or the Red Rocks Amphitheatre.

An easy drive takes you to Colorado Springs, the 2nd biggest city in Colorado. We would recommend visiting the ‘Garden of the Gods’ and to admire the over 100 m high rock formations of red sandstone which are particularly impressive in the early morning and late afternoon hours of the day.

Today, you drive south to Alamosa, the departure point for a visit to the giant, up to 100m high Sand Dunes at the foot of the snow-covered Rocky Mountains, which offer a breath-taking view.

Mesa Verde National Park with its cliff dwellings built by the Anazasi Indians will be a highlight of your trip. Do not miss the archaeological settlements in this unique area.

Durango, the Capital of the La Plata Country, is the starting point for drives over the famous Million Dollar Highway. An alternative would be a drive over the remote ‘Unaweep-Tabeguache Scenic & Historic Byway’.

Today you will discover Salt Lake City, the Capital of the Mormon State, in front of its breath-taking mountain panorama or visit the great Salt Sea, from which the city derives its name. Or would you be tempted by an excursion to the caves of the Tempanogos Cave National Monuments?

You leave Salt Lake City for Jackson. This town located south of Grand Teton National Park is the centre of the so-called Jackson Hole, a valley with marvellous panoramas.

You continue today through the impressive mountain chain of the Grand Tetons to the world-famous Yellowstone National Park. You will be fascinated by geysers like the ‘Old Faithful’ which ejects several meter high water fountains.

Explore today this park which is a wonder world of geysers and hot mud holes, thermal springs and lakes shimmering in a wide range of different turquoise tones.

Your itinerary takes you over the ‘Buffalo Scenic Byway’, a stretch with attractive landscapes and interesting detours into the past. If you are a Western Fan, don’t miss the Buffalo Bill Cody Museum.

After leaving the little town of Shell, you take the ‘Bighorn Scenic Byway’, past forests, mountains and waterfalls (e.g. Shell Falls) before you climb high up to the Granite Pass.

Today you drive along the Black Hills National Forest where many picnic areas and walking trails provide quietness and relaxation. You continue to Rapid City; the film “Dancing with the Wolves” was shot in its surrounding areas.

The visit of Rapid City is on your agenda today. The largest National Monument of the United States – Mt. Rushmore – with its 4 super dimensional presidents cut in stone represent 150 years of American history. The Custer State Park and the Wind Cave National Park is certainly worth a detour. And don’t miss the impressive Crazy Horse Memorial which is meant to become the tallest sculpture in the world.

Opt today for an excursion to the Badlands National Park. In this vast prairie country with bizarre rock formations, you may discover not only rare animals like bison or big horn sheep, but also fossil from primeval times.

You leave South Dakota today. Explore the historic Old Town with the Old Union Pacific Depot and get a free brochure of city walks at the Depot visitor centre.

Today’s drive leads through the Rocky Mountain National Park. Follow partly the Trail Ridge Road, from Estes Park (Park Entrance) to Grand Lake and experience the breath-taking views on one of the highest paved roads in the United States.

Enjoy the unique Metropolis in front of the panorama of the Rocky Mountains. Take a stroll over the ‘16th Street Mall’, a 2 km long promenade in the historic centre of Denver, or taste a beer at one of the numerous breweries.

The self drive concludes when you drop the hire car back to the airport depot and catch your scheduled flight home to the UK.

Enjoy independent touring at its very best. You can book this self drive as it is or add extra days in the places you choose. Normally available in both directions.