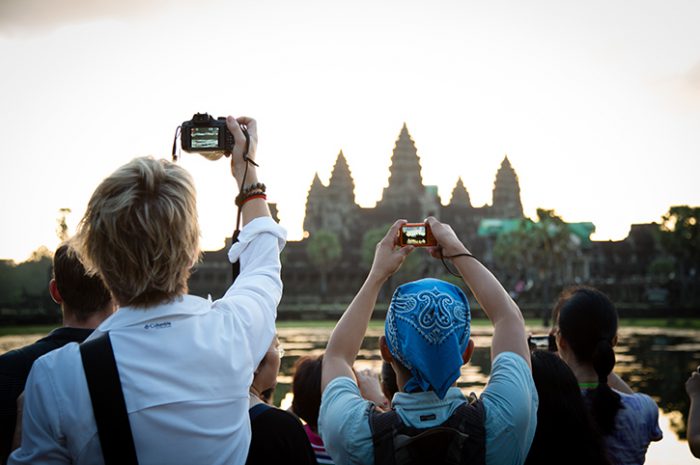 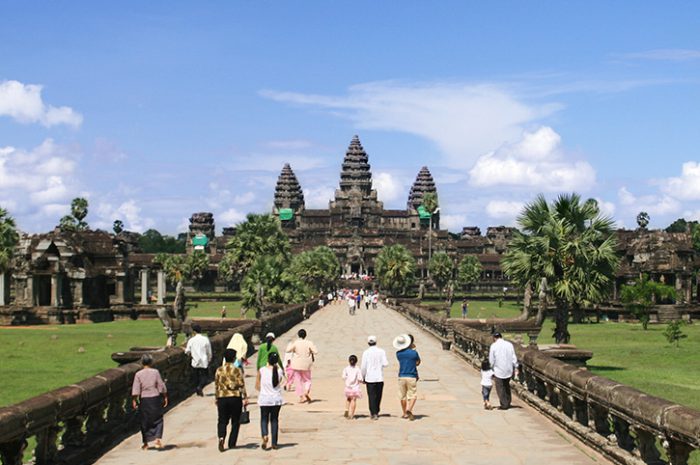 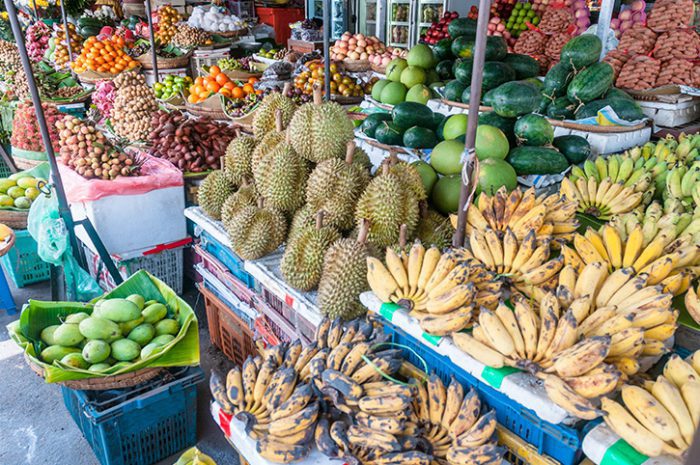 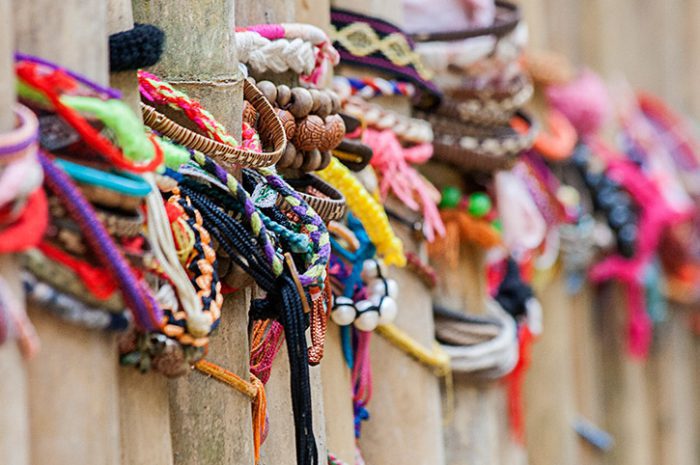 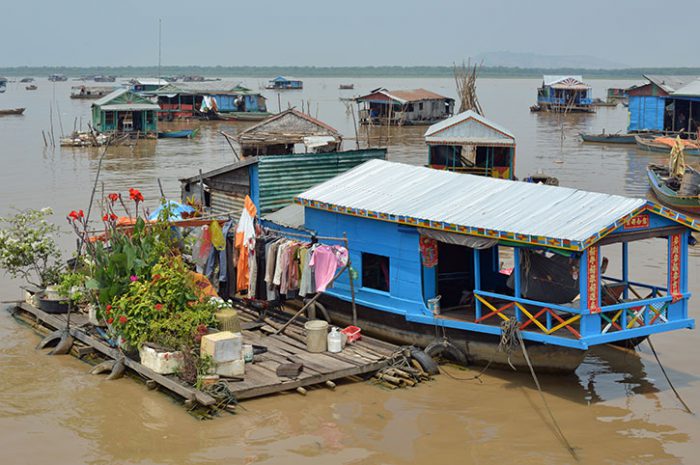 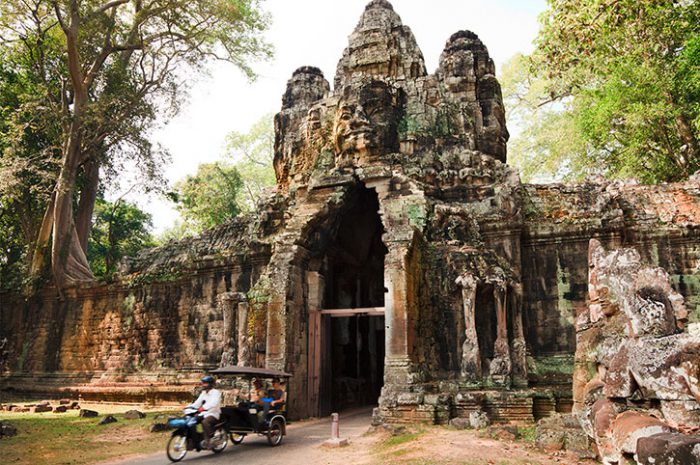 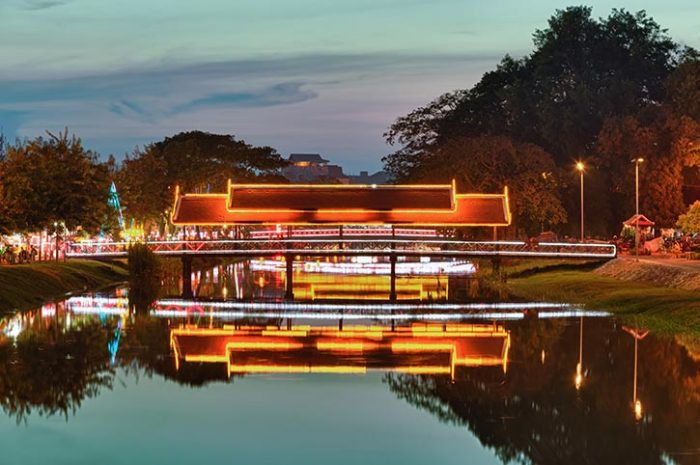 Experience the main highlights of Cambodia including Angkor Wat and Tonle Sap, whilst also visiting the lesser travelled area of Kampong Thom.

On arrival, you will be met and transferred to your hotel. Tonight, meet your fellow travellers for the Cambodia portion over welcome drinks while your Tour Leader explains some important details and logistics of the journey ahead.

Explore Phnom Penh by cyclo, a chaotic, energetic and always fascinating city. Start your day at Wat Phnom, the birthplace of the capital. Then, visit the Royal Palace, the residence of King Norodom Sihamoni, the Silver Pagoda, and the National Museum, which contains a comprehensive collection of Khmer art.

In the afternoon, visit Sleng Museum, formerly a High School which became the interrogation and torture facility for the Khmer Rouge regime. Then, visit of Phnom Penh’s two great markets, the Central Market and the sprawling Russian Market, a labyrinth of stalls selling everything from CDs and DVDs to silks, crafts and jewellery.

This morning, sit back and relax as we drive to Kampong Thom. The first stop will be the infamous Spider Market in Skun. Later embark on a journey to Sambor Preikuk Heritage Site, Sambor Prei Kuk (Isanapura) is the former capital of the pre – Angkorian Empire of Chenla. The temple, about 30 km away from the town and accessible only via a rocky road, the most impressive group of monuments in Cambodia mainly from the 7th forms Century.

This morning, embark on our drive to Naga Bridge in Kampong Thom, before Siem Reap where we will visit Kampong Kleang Floating village, situated about 55kilometers from Siem reap town. This village is a huge place nearby Tonle Sap which is the biggest lake in South East Asia. You will arrive at Kampong kleang and take a boat trip to Tonle Sap, this floating village is something different to see, and you get an idea of a different way of life. Kompong Khleang is a permanent community within the flood plain of the Lake, with an economy based in fishing and surrounded by flooded forest. The village moves along the river according to the seasons and enjoys the view on this lake very nice landscape view.

Enjoy lunch at a local restaurant before continuing onto Siem Reap. This evening get ready to be entertained at Phare, The Cambodian Circus which is more than just a  circus, Phare performers use theatre, music, dance and modern circus arts to tell uniquely Cambodian stories; historical, folk and modern. The young circus artists will astonish you with their energy, emotion, enthusiasm and talent.

Don’t forget to set you’re alarm today as we start at pre-dawn to witness the breathtaking view of the Sunrise over Angkor Wat temple. Enjoy breakfast at a local restaurant before proceeding to the Southern Gate of Angkor Thom ‘Great City’. This will include many of the finest Temples of King Jayavarman VII, who ruled from 1181 to 1220. At the southern gate of Angkor Thom, you will marvel at the imposing 23m (75-foot) high stone faces of Avalokiteshvara, featured in the Tomb Raider movie. These astonishing carvings inspire awe and wonder in all who view them. At the centre of this citadel lies the state temple of Bayon, which we will also visit. This temple-mountain, built at the end of the 12th century, is adorned with hundreds of gigantic stone faces.

The tour also includes the Terrace of Elephants, the Terrace of the Leper King. Later in the day you will discover the most famous temples from the 11th century: Baphuon, Phimeanakas. Later, visit Ta Prohm. It is unforgettable due to the massive trees with thick roots that entangle the walls. They were left here intentionally by the archaeologists working on the site. While clearing back the forest it was decided to leave them in place to serve as a reminder of how the original discovers found it and other temples. Many of the trees have grown around and through the remains, and soar high above the temple.

This morning travel to Beong Mealea Temple, along the way stop by to visit Local market at Domdek, the remains of Boeng Mealea, which are still partly buried under vegetation, consist of perfectly squared-off sandstone building blocks. The outstanding decoration dates from the first half of the 12th century. In various times, the pediments of some buildings are sculpted with narrative scenes from the Ramayana, and while Hindu iconographic themes are plentiful, Boeng Mealea is clearly a Buddhist sanctuary as Banteay Samre, which is more or less contemporaneous. This is confirmed by the magnificent statue of the Bodhisattva Lokeshvara discovered in the monument and today housed at the Angkor Conservancy. Mingle with the locals as you enjoy a traditional lunch at a local restaurant before continuing on to Banteay Srei temple. Afterward visit Land Mine Museum, founded in 1997.  Here you can see (defused and safe) landmines up close, find out how they work and how you can help Cambodia and the rest of the world in the on-going efforts of clearing these weapons from the face of the earth. Along the way back to town visit a local village to see the sugar palm production and Banteay Samrea temple.

This evening step back in time with the only air-condition theatre in town, Dancers, Singers and Musicians will bring Khmer Ancient culture back in time in a spectacular surrounding while you enjoy one of the finest cuisine in town

It’s time to say goodbye, but just think of all the wonderful stories you will take home. A transfer will take you to the airport for your onward travels. Breakfast included.

All prices are per person, based on 2 sharing a twin room, and include meals where shown. Talk to an Asian Expert for departure dates and availability. 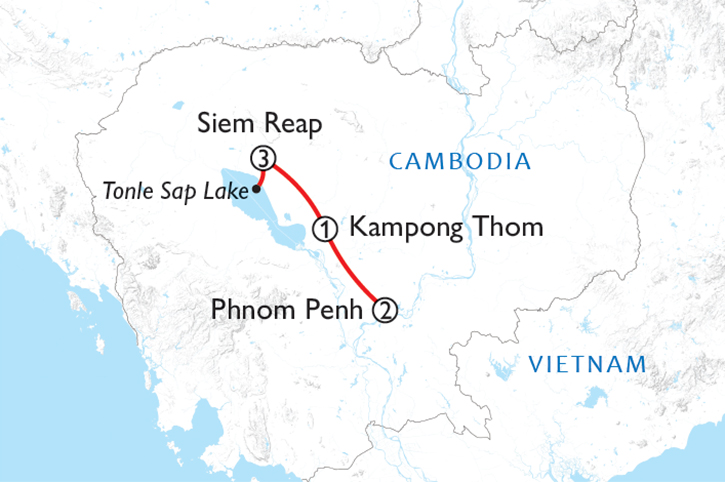 Make friends along the way as you discover the sights and experience the culture of this fascinating region.