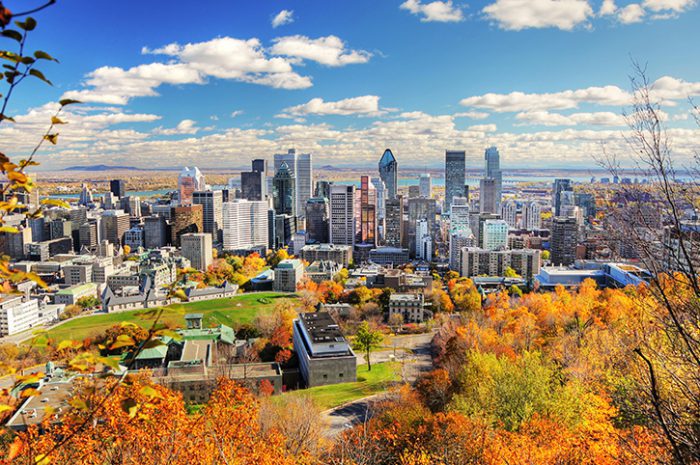 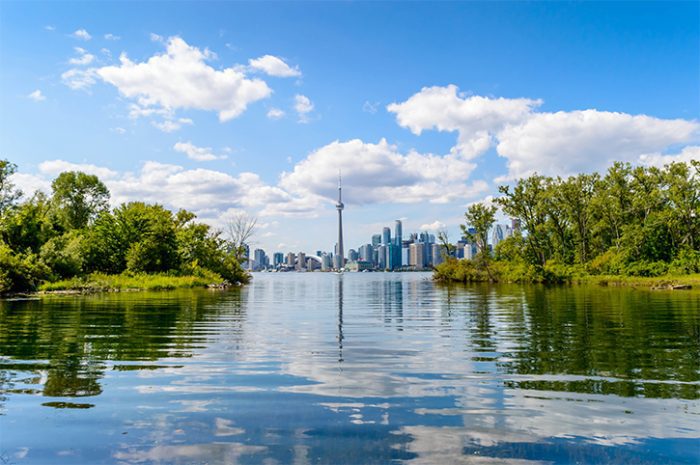 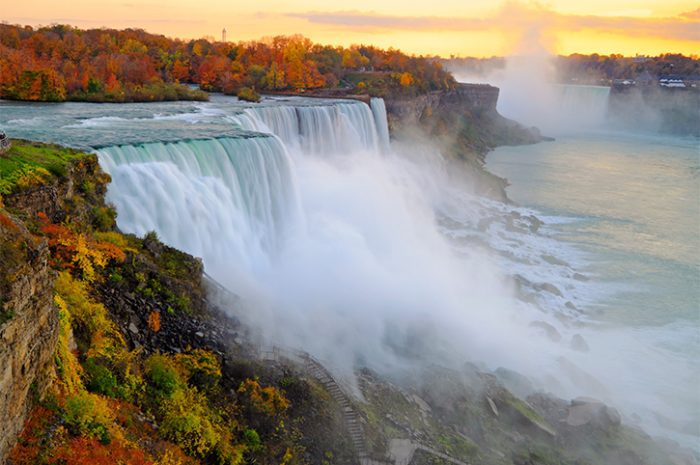 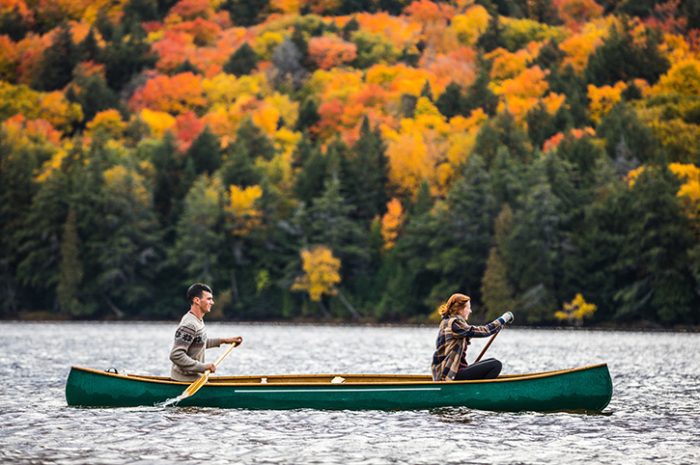 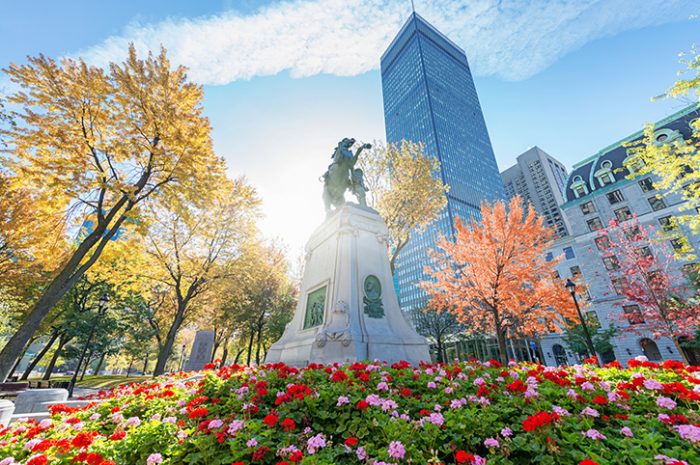 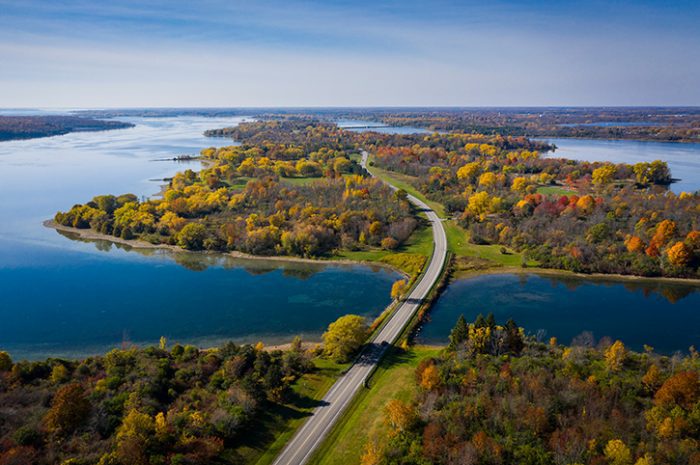 Explore the best of Ontario and Quebec including Toronto, Niagara Falls, Muskoka Region and Mont Tremblant on this two week self drive through Eastern Canada.

On arrival, make your way to your hotel. As the world’s most ethnically diverse city, Toronto has distinctive shopping districts and markets that offer a wide range of unique shopping experiences. These vibrant retail areas include Queen Street West, Kensington Market, St. Lawrence Market, five Chinatowns, Little Italy along St. Clair West, the Greek community along ‘The Danforth’, Little Portugal at Dundas and Bathurst Streets, and Gerrard India Bazaar at Gerrard and Greenwood.

Wake this morning to the sounds of a bustling metropolis. Today is free for you to experience the sights of Canada’s largest and most diverse city. You might want to visit the Eaton Centre for some shopping, Toronto’s Chinatown, the impressive CN Tower and the Old and New City Halls – the choice is yours.

Travel along the shores of Lake Ontario, and through the orchards and vineyards of the Niagara Peninsula, arriving at Niagara on the Lake – the first capital of Upper Canada and one of the best-preserved 19th Century towns in North America. Continue along the Niagara Parkway heading towards Niagara Falls, one of the world’s natural wonders. We have included the Niagara Falls Adventure Pass. This pass offers you admission to many of Niagara Falls most popular attractions while avoiding long wait times.

Today’s drive takes you north, past Toronto and into Ontario’s ‘cottage country’ bound for Algonquin Park. Take a detour en route in order to see such highlights as ‘Marie Among the Hurons’ near Midland, a historic site depicting a 17th century fortress and headquarters for the French Jesuit mission to the Huron nation and Ontario’s first European community, or maybe the Muskokas Lake region which makes for a very scenic drive. Famed for its 1,600 freshwater lakes and striking granite outcroppings, Muskoka has been a celebrated holiday retreat since the 19th century. Finish your day in Algonquin Park – and enjoy the serenity of the Canadian wilderness.

Today is your time to enjoy your beautiful surroundings, go hiking, wildlife viewing, canoeing (canoes are available at the lodge at no extra charge) or simply relax around the lodge. A visit to the Algonquin Logging Museum and the visitor centre are also highly recommended.

In the morning enjoy the sights and sounds of the park before departing for the nation’s capital, Ottawa.

In the heart of Ottawa, rising dramatically from a bluff overlooking the Ottawa River, are the Parliament Buildings. These house the National Assembly and serve as the symbol of the capital, and are the focal point of a city that has become a fascinating blend of English and French, historic and modern, ceremonial and casual.

Many of the city’s attractions are within sight of Parliament Hill. Some of the attractions you may wish to visit include Confederation Square, the National War Memorial; the National Arts Centre; Sparks Street Mall and the ByWard Market, a popular area of cafés, craft shops, farmers’ market stalls and nightclubs. A short distance from downtown are the Ottawa Locks of the Rideau Canal. Another must-see is the Canadian Museum of History, located directly across the Ottawa River from Parliament Hill, which showcases the rich culture and history that is Canada. Admission to the museum is included for you today.

Today, head north east to the jewel of the Laurentians, Mont Tremblant, a European styled all season resort village. Should you have missed the wildlife in Algonquin Park, we encourage you to visit the Omega Park in Montebello (on the way to Mont Tremblant) which features endemic wildlife. Take some time to enjoy local activities such as hiking, biking, kayaking, horse riding, whitewater rafting, or maybe take a birds eye view of the area on a helicopter tour. This four-season resort has much to offer, including several spas if you care to indulge.

Enjoy the pleasant scenery as you travel from Mont Tremblant to historic Trois Rivieres for a lunch stop and drive along the Chemin du Roy road to Quebec City.

Experience the old world charm of Vieux Quebec with a guided tour of the old city on foot, this has been included for you today. With its cobblestone streets, fortified city wall (one of a kind in North America), and seventeenth century architecture, this UNESCO World Heritage site is complemented by artisan shops, cafes, landscaped parks and numerous monuments.

Following the St. Lawrence River, pass from city suburbs to the rural landscapes of forests and rich pastures, dotted with tiny villages that extend to Montreal. In Drummondville you may wish to visit the village Quebecois d’Antan (a faithful reconstruction of a French colonial village).

Discover hundreds of places of interest in Montreal including the Notre Dame Basilica, Montreal’s French Quarter, the Olympic Site, McGill University and take in a panoramic view from an observation point on top of Mont Royal. Montreal offers a fascinating mix of both French and English cultures and some of the finest shopping and dining in North America. Whilst you’re here, you may wish to join a walking or biking tour of the city, a sightseeing cruise, or you can simply explore the city at your own pace.

Travel south to the city of Kingston. On the way, enjoy a visit to Upper Canada Village – an 1860s reconstructed village located in Morrisburg. You’ll meet loads of friendly folk from the past as you visit over 40 heritage buildings including mills, trades shops, farms, churches, homes, factories and even a one-room schoolhouse. Before reaching Kingston, stop at Gananoque to join an hour cruise of the Thousand Islands. Affectionately known as ‘limestone’, Kingston is a city noted for its handsome 19th century limestone architecture.

Before you depart today, we recommend you take some time to visit Fort Henry National Historic near Kingston. The flash of scarlet uniforms, the beating of the drums and the sudden crack of musket fire echoing off the limestone battlements send visitors reeling back in time. A living museum of military life, Fort Henry was built between 1832 and 1834 to repel an American invasion that never came. The fort, once the largest military establishment in Upper Canada, now offers visitors a glimpse of a soldier’s life in those days. Whilst en route to Toronto, be sure to stop in the city of Peterborough, which boasts the world’s highest lift locks, literally lifting pleasure crafts, along with the water they float in, 20 metres straight up.

When you arrive back in Toronto, return your rental vehicle at the depot and make your way to the airport to catch your flight home.

Include this Self drive in a holiday
designed for you 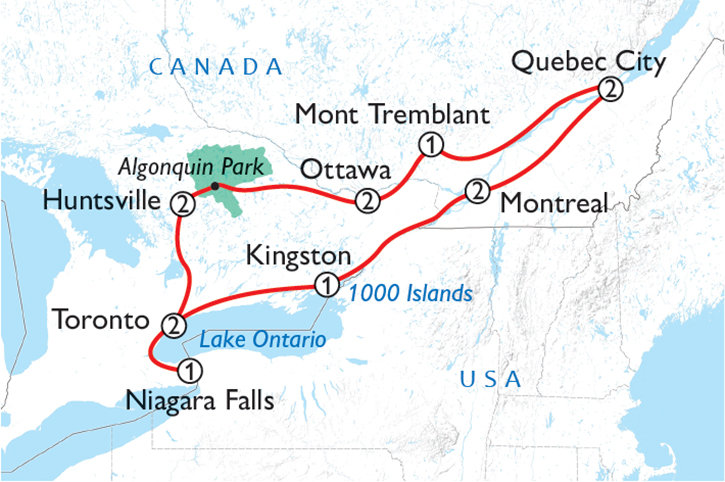 See more holidays to Vancouver and the West…