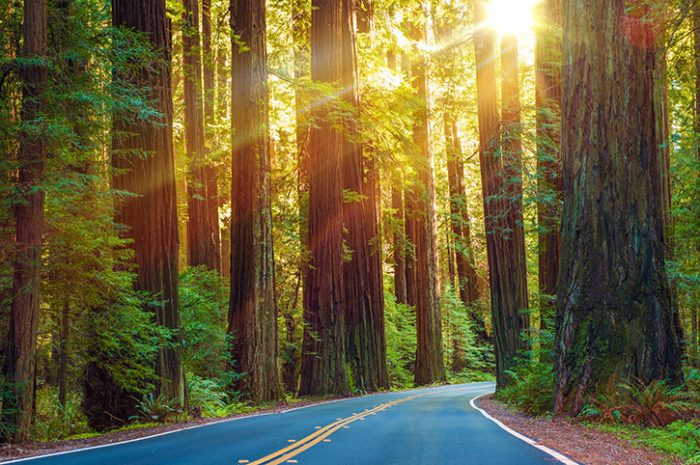 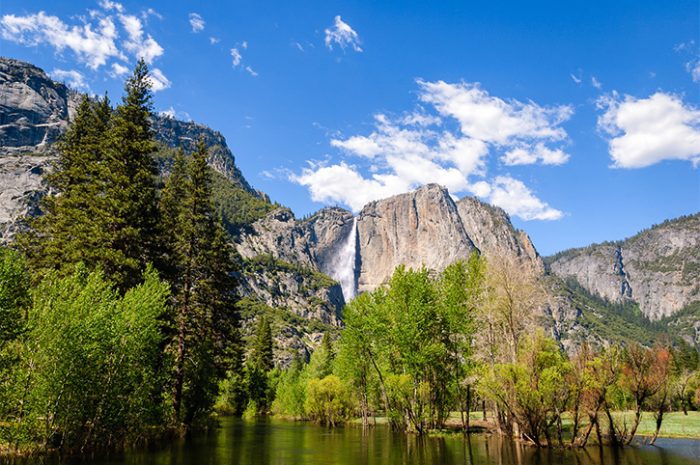 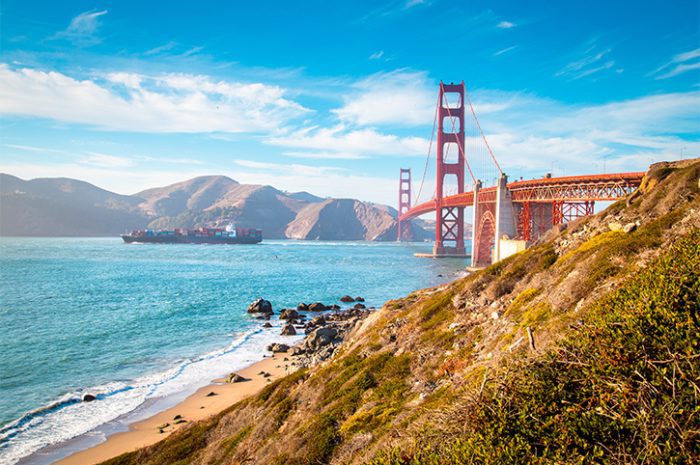 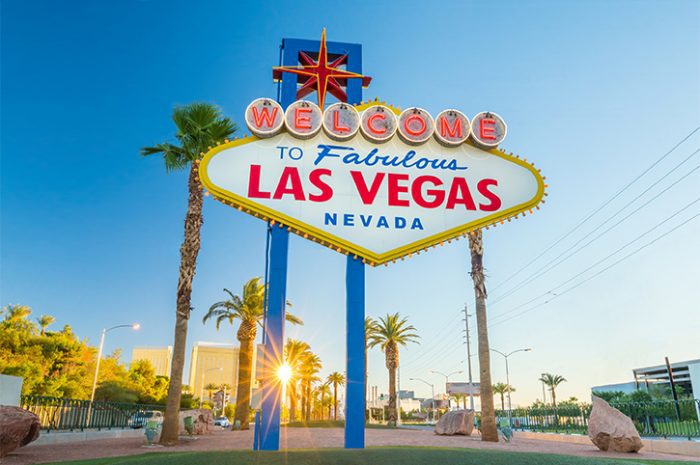 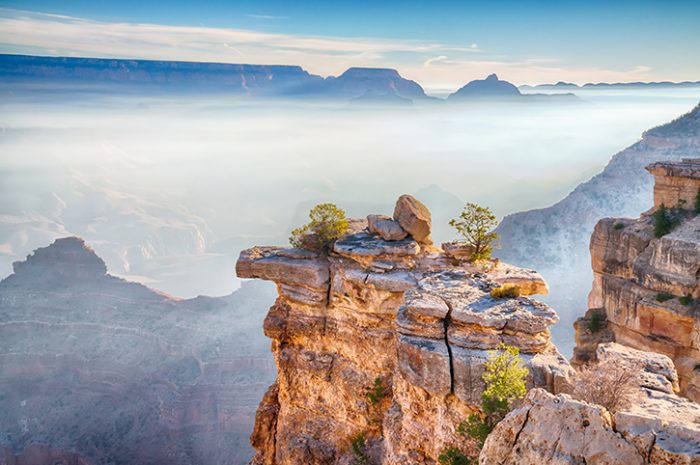 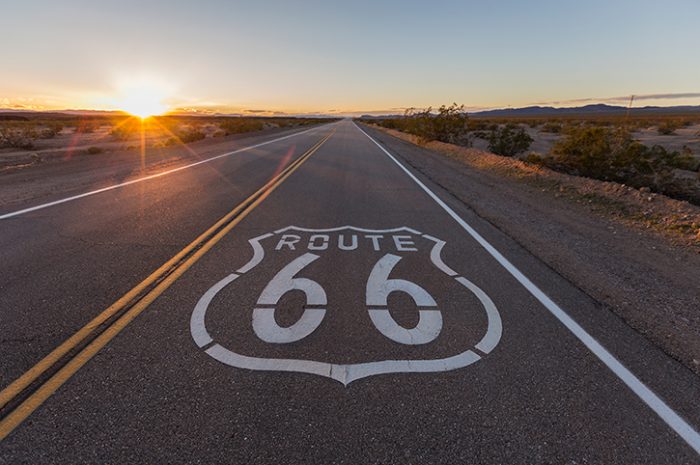 Combine the ultimate Route 66 inspired self drive with the natural beauty of California’s world renowned National Parks on one unbelievable road trip.

Arrive in Chicago and make your way to your centrally located hotel. Chicago is a city with a rich history and a musical soul. From the towering skyline to the smokey lounges where you can hear jazz and blues, Chicago offers a special treat for anyone with a special interest.

Hotel: The Whitehall Chicago or similar

Step outside today and experience mile after magnificent mile of the Windy City. Stand on the corner of Michigan and Adams, marked as the starting point of Historic Route 66. Enjoy coffee and a big breakfast at Lou Mitchell’s, a Chicago institution since 1923 and a must for Route 66 travellers. Stroll the lakefront, peruse the shops, bike the parks, grab a Chicago Dog, or explore the city’s incredible sights and architectural treasures including Willis Tower, one of the tallest buildings in North America.

Hotel: The Whitehall Chicago or similar

This morning, pick up your rental car and get ready for an unforgettable journey into the then and now of America along Historic Route 66. This legendary old road passes through a variety of pure Americana landscapes and takes in some of the country’s biggest, oldest and most peculiar sites along the way.

Begin your journey by following the traditional east-to-west path of Route 66 from Chicago to St. Louis, Missouri, cruising through endless cornfields and flat prairies. En route, don’t miss Wilmington’s most photographed ‘citizen’, the larger-than-life green Gemini Giant, and Atlanta’s Bunyan Giant, a 19 foot statue of Paul Bunyan holding a giant hot dog. In Springfield, stop at the Cosy Dog DriveIn, the birthplace of the corn dog, and explore the legacy of Abraham Lincoln with a visit to the Lincoln Home National Historic Site. Once in St. Louis, the largest city along Route 66, you can follow in the footsteps of legendary explorers by visiting the historic sites found throughout the city, including the Gateway Arch, the nation’s tallest monument.

Continue through the Ozark Highlands of southern Missouri to Springfield, recognised as the birthplace of Route 66. En route, stop at Meramec Caverns, an extensive set of natural limestone caves whose formations and colours are as unique as they are beautiful. Adding to the pleasure of exploring the caves is learning that Jesse James used them as a hideout and took advantage of the underground river to escape through the ‘back door’.

This morning, cut through the southeastern corner of Kansas on your way to Oklahoma City. The Oklahoma section of Route 66 contains more driveable miles than any other state, as well as several miles of the original 9 foot road segment that served Oklahoman families heading west in search of better opportunities during the 1930s.

En route to Oklahoma City, stop to view the beloved 20 foot tall cement Blue Whale in Catoosa, a landmark along Route 66, and the Cyrus Avery Route 66 Memorial Bridge in Tulsa honouring the ‘Father of Route 66’s’ memory and connection to the historic highway. Once in Oklahoma City, the state’s capital, be sure to check out the old Route 66 motels, gas stations and numerous vintage buildings.

Continue to Amarillo, located in the pancake-flat plains of the Texas Panhandle. This area of Texas was once the buffalo-rich grasslands of the Great Plains, inhabited by bands of Kiowa and Comanche Indians. Stop at the Route 66 Museum in Clinton where you experience six decades of Route 66 history. See Shamrock’s Tower Station and the U-Drop Inn Cafe whose towering spire is still a reminder of the booming business it once saw. See the first restored Phillips 66 gas station in McLean and in Groom, the leaning water tower and a 150 foot tall stainless steel cross. Once in Amarillo, be sure to stop at Big Texas Steak Ranch where you can attempt their 72 oz. steak challenge.

Before leaving Amarillo be sure to visit Cadillac Ranch. This unique display of art features a row of ten colourfully painted Cadillac cars buried grille first in the ground. Continue to the MidPoint Café in Adrian famous for its ‘ugly crust’ pies. From Adrian, you’ll follow Route 66 to Albuquerque, New Mexico for a great taste of the Land of Enchantment.

To get a true sense of the Old Route 66, today you will detour to New Mexico’s state capital, Santa Fe. Founded on the ruins of an abandoned Indian village and steeped in history, Santa Fe is the oldest capital in the U.S., and although it lost its place on Route 66 in 1938, it remains one of the most picturesque cities in the state. At one time this was the end of the old Santa Fe Trail, the earliest trade route linking the American frontier back east with the far west. Plan to visit one of Santa Fe’s famous art galleries, art markets, or museums full of traditional and contemporary art, including works by their own Georgia O’Keeffe, or shop for authentic creations you just won’t find anywhere else.

This morning, the state of Arizona welcomes Route 66 travellers with an overwhelming display of trading posts. View huge concrete tepees that stand at the foot of brilliant red-rock mesas en route to Petrified Forest National Park, the only park in the National Park System containing a section of Historic Route 66. Here you will come face-to-face with over 13,000 years of human history and one of the world’s largest and most colourful assemblies of petrified wood, historic structures and archaeological sites. Catch a sunset over the Painted Desert from the park’s Kachina Point before heading to Holbrook. Once in Holbrook, stop at the Wigwam Motel whose steel and concrete teepees featuring modern conveniences have welcomed guests since the 1950s.

Continue to Meteor City, a true vintage trading post whose distinctive dome can be seen for miles along this stretch of Route 66. Pass through Flagstaff and Williams en route to Grand Canyon National Park, a natural wonder that you simply have to see to believe. Spend the day discovering the distinct South Rim of the Canyon. Stop at one of the numerous overlooks, walk part of the Rim Trail or along the historic Hermit Road. Visit a Photo Hot Spot, or climb to the top of a stone Watchtower for panoramic views that extend over 100 miles on clear days.

Leave the town of Williams and the Grand Canyon behind as you make your way to Seligman, the first stop heading west on the longest uninterrupted stretch of Route 66. Continue through Kingman whose old Route 66 cafés and motels still flourish, to one of Arizona’s hidden treasures, the Hoover Dam. Considered the largest single public works project in the history of the U.S., Hoover Dam straddles the mighty Colorado River, which forms the border between Nevada and Arizona and brings much-needed water and power to the Southwest. Continue to Las Vegas, Nevada, a city that needs no introduction.

Enjoy a full day Las Vegas style. Walk the famous Strip lined with mega-resorts and flashing neon lights, place a bet at one of the many casinos, dine at world-class restaurants, catch the latest must-see show, shop designer boutiques, ride a rollercoaster, lay by the pool … the list goes on. With so much to do, 24 hours in a day hardly seems like enough.

This morning, set out through the Mojave Desert for Calico Ghost Town, California’s authentic silver mining town and one of the few original mining camps of the Old West. Rejoin Route 66 in Barstow where a collection of historic photographs and artefacts related to Route 66 and the Mojave Desert communities are on display at the Route 66 Mother Road Museum.

Continue through Pasadena, Los Angeles, West Hollywood and Beverly Hills to Santa Monica for a true Hollywood ending to your cross-country journey. Park and venture the last few blocks on foot to view the ‘End of the Trail’ sign on Santa Monica’s Pier. This sign officially marks the western end of Historic Route 66.

Today, spend some time at the beach; with 3.5 miles of Southern California beaches and over 300 days of sunshine, Santa Monica Beach is a welcome retreat with a range of activities on offer. Swimming, surfing, volleyball, skating and biking are among the favourite beach-side past times of this area. Or, you can choose to visit the glitz and glamour of Hollywood and shop on the famous Rodeo Drive, where luxury retail commands the street.

Leaving Los Angeles today, set your sights on the beautiful natural landscape of Sequoia National Park. There’s something magical about being surrounded by groves of the world’s largest living things and that is exactly what you will experience today.

Sequoia National Park is a wonderland covered by ancient forests, soaring domes, granite canyons and at the heart of the park, in the shade of towering sequoias and redwood groves, the Giant Forest is home to half of the Earth’s largest and longest-living trees.

After waking to sights and sounds of Sequoia National Park, it’s time to leave one National Park in the direction of another. Today you are heading to the striking beauty of Yosemite National Park.

Today you have a full day here inside Yosemite National Park to explore the natural wonders that surround you. Gaze upon the parks iconic sequoia trees, granite cliffs of El Capitan and Half Dome and the iconic vista of towering Bridalveil Fall from Tunnel View.

After a final explore of  Yosemite’s magnificent landscape this morning, make your way out of Yosemite and head towards the ‘City by the Bay’, San Francisco. On arrival, great attractions like the Golden Gate Bridge, Alcatraz Island and Fisherman’s Wharf await you. We recommend you drop off your car at the depot today to save some money, parking charges here can be quite costly.

Today you have a whole day to enjoy the many sights and sounds of San Francisco. The city is nice and compact so easily travelled on foot but for a more authentic experience; jump aboard the famous cable cars to make your way around the city’s many attractions. The one place you won’t be able to get to on a cable car is Alcatraz Island! Sitting in the middle of San Francisco Bay, through the years, this island has served as a lighthouse, a military fortification, and finally as a federal prison. This evening make the most of the city’s vibrant nightlife and dine in one of San Francisco’s many distinctive neighbourhoods, from Chinatown to the very Italian flavoured North Beach, each of these lively areas offers its own distinctive culture and cuisine.

Bid farewell the ‘City by the Bay’ and head to the airport for your flight to the UK, or choose to extend your stay in San Francisco to discover more of this wonderful city.

Price is per person, based on 2 sharing a double or twin room and includes pre-booked accommodation, air-conditioned car and unlimited mileage. One-way fees charged locally. Hotels specified are subject to availability and may be substituted by one of a similar or higher standard. Itineraries may vary for tours departing from 1 April 2022 onwards. Self drive also available in reverse. 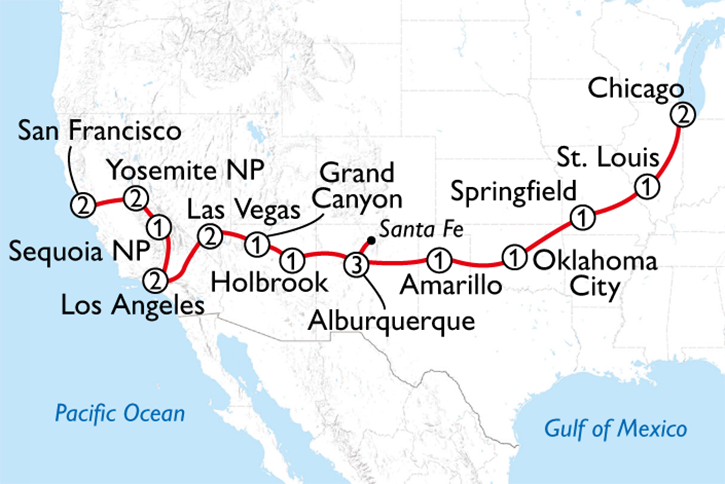