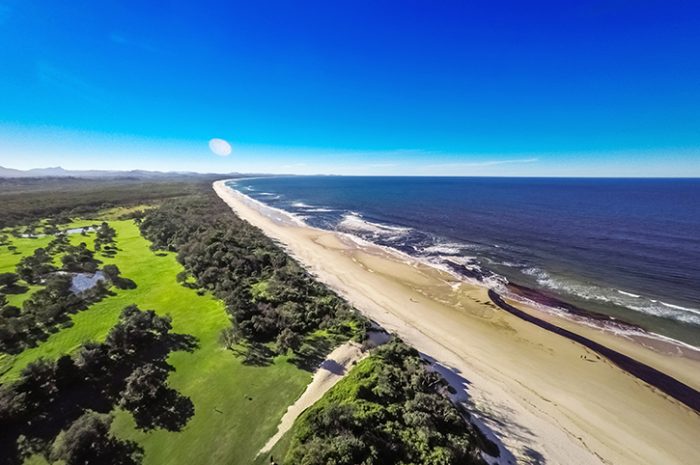 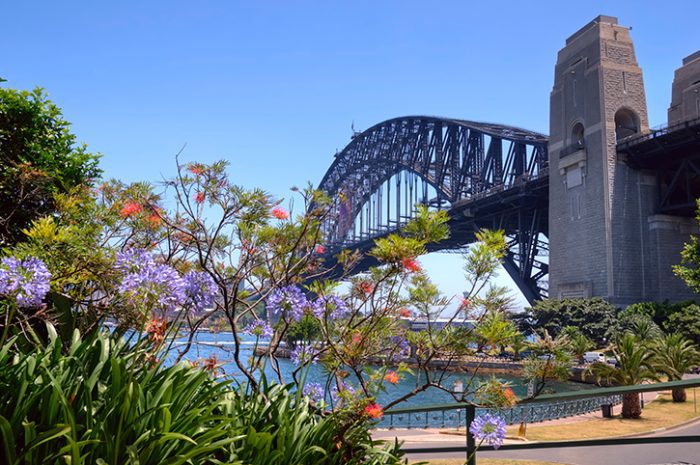 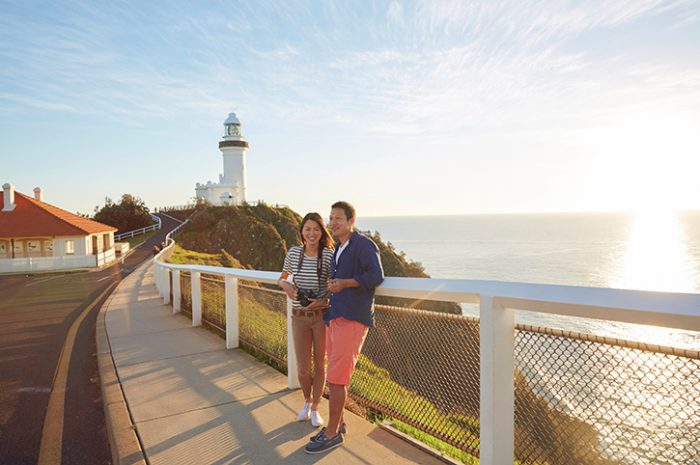 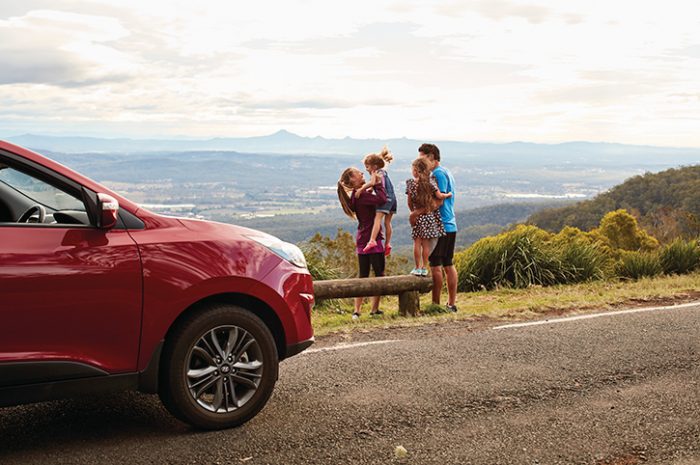 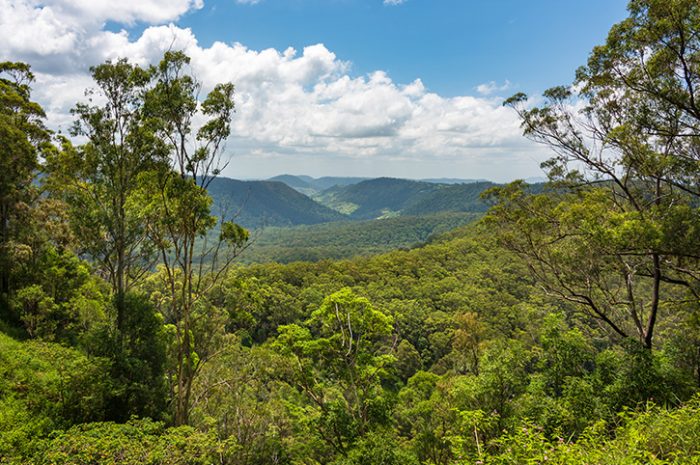 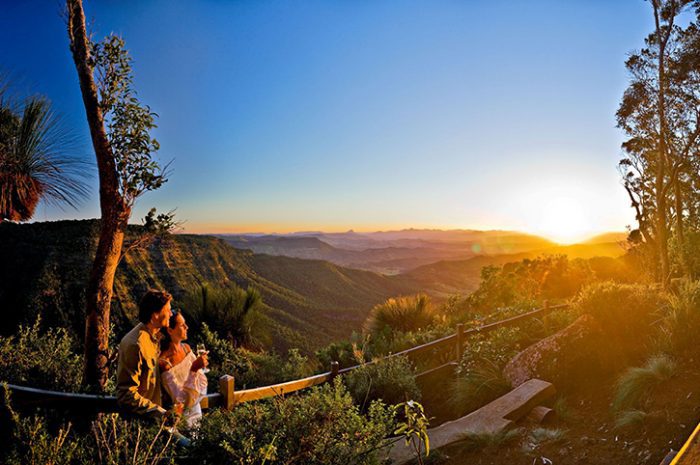 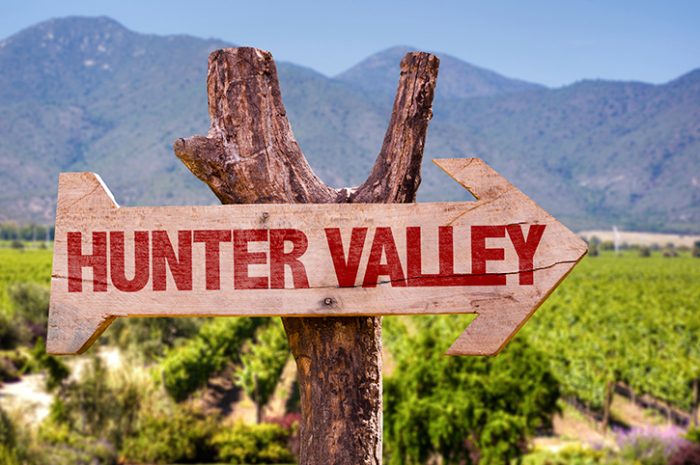 Depart Sydney and travel north over the Harbour Bridge and onto the Pacific Highway. Detour through the towns of Gosford and Newcastle. Newcastle is Australia’s sixth largest city – enjoy a scenic walk along the foreshore. From Newcastle, travel via Maitland and into the Hunter Valley. With wineries in abundance, take the opportunity to taste and purchase some of Australia’s finest wines. Explore the art and gourmet delights that the Hunter Valley offers.

Hunter Valley is the oldest wine producing area in New South Wales, with the first vines being brought here in the 1820’s. It is one of Australia’s more scenic wine growing areas, with the Hunter River winding its way lazily through the grapevine clad hills. Renowned for the production of top quality table wines, the Valley has wineries ranging from very large, more commercial estates to the smaller boutique style wineries.

Leave the Hunter Valley and travel northeast to Port Stephens. Known as the Blue Water Wonderland, Port Stephens is a natural bay 2 1/2 times the size of Sydney Harbour and almost enclosed by two dormant volcanic headlands. There is fabulous seafood and over 26 golden sandy beaches to explore. Perhaps take an afternoon cruise to see the Bottlenose dolphins.

Depart Port Stephens and continue north to Bulahdelah, the entrance to the Myall Lakes National Park. Travel north along the Lakes Way, a scenic route through rainforest with spectacular views of the inland lakes and ocean beaches. Travel on through the Manning Valley and Taree to Port Macquarie. Continue on to Coffs Harbour, which is the start of the sub-tropical northern coast of New South Wales and the surrounding district produces timber, bananas, vegetables, dairy products and fish. The ‘Big Banana’ is open daily with a comprehensive display on the banana industry.

Port Macquarie’s golden beaches, marvellous national parks and the surrounding Hastings and Camden Haven Valleys are stunningly beautiful, natural assets. Port Macquarie, at the mouth of the Hastings River, has turned from trade and commerce to tourism and retirement with considerable success. St. Thomas’ Church is a reminder of these early days; one of the very first churches to be built in Australia in 1824, it has box pews and a view from its tower. The Hastings District Historical Museum has exceptionally good displays on the evolution of the tower and its hinterland, and nature is on show at Sea Acres Rainforest Centre, with a long boardwalk through the rainforest.

Coffs Harbour is a popular year round tourist destination. The combination of golden sand, high mountains, dense luxuriant rainforests, steep banana plantations and clear streams make it a superb holiday area. Points of interest include the Big Banana where you will find an audio-visual theatrette, historic exhibits, hydroponics glasshouse and a banana packing shed. Coffs Promenade is a popular attraction, with many speciality shops and restaurants. Coffs Harbour has beautiful botanic gardens with a mangrove boardwalk; other enticements include art, crafts and antique shops.

This northern stretch of New South Wales contains some of the most beautiful landscapes in Australia. From Coffs Harbour, the highway follows the coast to Woolgoolga and then turns inland towards Grafton, a graceful old country town on the banks of the mighty Clarence River. From Grafton travel to Woodburn and on to Ballina, and then a further 38 kilometres to Byron Bay, which attracts surfers from near and far to Wategos Beach, on Cape Byron – its northerly aspect makes it one of the best beaches for surfing on the East Coast of Australia. Cape Byron is the most easterly point on the Australian coast.

Byron Bay is a mix of cultures (including the alternative) and lifestyles. Byron – “where the sun first hits the sand” – has a year-round subtropical climate, with summer temperatures dominated by a cooling offshore breeze. It’s idyllic, which explains it’s burgeoning population, and it’s attractions as a holiday destination. Cape Byron is the most easterly point of Australia, and is topped by an extremely powerful lighthouse. Located only 300 metres south of Australia’s easternmost point, Cape Byron, the lighthouse was completed in 1901. Byron Bay has a number of surf beaches, and the breaks are famous all around the world. Watego’s Beach, with its white sands and crystal waters, also has a break that is popular with bodysurfers and boogie boarders. It is just under the Cape Byron light. There are also some great drives in the Byron hinterland, with spectacular views of the coast.

Today is free to spend at your leisure. Enjoy the restaurants and cafes, take a surfing lesson or simply relax on the beach. For those who may have an extra day on their hands, we recommend an additional night’s stay at Byron Bay.

For early risers, it’s well worth going a trip to the beach this morning to watch the sunrise over the Pacific Ocean. Depart Byron and travel north to Brunswick Heads. You can either continue along the coast via Pottsville Beach and Kingscliff and travel onto Brisbane via the Gold Coast, or travel inland to Murwillumbah. Continue on the Pacific Motorway for the short, direct route to Brisbane or travel via Burleigh Heads and Surfers Paradise. You can also discover the Gold Coast Hinterland, stopping at Lamington National Park, before arriving in Brisbane. Return your vehicle to the Brisbane Airport depot or Brisbane city Avis Depot.

Surfers Paradise is the centre of the Gold Coast, fondly known as Australia’s playground. With a climate providing more than 300 days of sunshine per year, some of the best surfing and swimming beaches in Australia, patrolled by the largest body of lifesavers in the country, many exciting theme parks and a lush hinterland of National Parks, mountain hideaways and spectacular views, it is no wonder the area draws visitors like a magnet. Probably the greatest attraction, particularly for families, is the theme parks. You can visit Movie World for insights into movie-making, stunts and pyrotechnics; Sea World for sea lion and shark shows; Dreamworld for action rides and white tigers on Tiger Island and Wet ‘n’ Wild for spectacular water rides and twisters

Lamington National Park is dominant on the skyline behind the Gold Coast beaches and is approximately a 1 hour drive from the Gold Coast. It gets its name from Lord Lamington who was the governor of Queensland from 1896 to 1902. A wide range of vegetation can be found within the park. Huge brush box, tulip oaks, giant stinging tees and buttress-rooted Moreton Bay figs are just a few of the many species which thrive here. One interesting way of viewing the park’s many wonders from above is via the rainforest canopy walk. Here visitors can stroll across a suspension bridge dangling 15 metres above the forest floor. This provides hikers with a chance of coming face-to-face with some of the brilliant birds who live in the dense canopy. 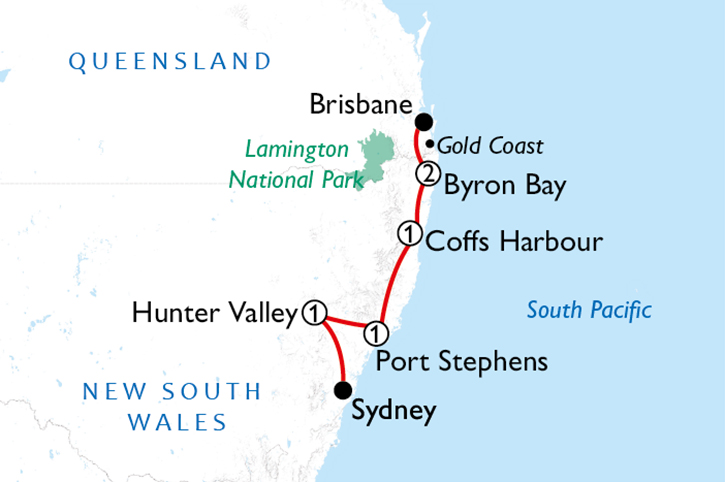 Relaxed and enjoyable self drive touring. Book them as they are or ask your Travel Consultant to add extra days in the places you choose.