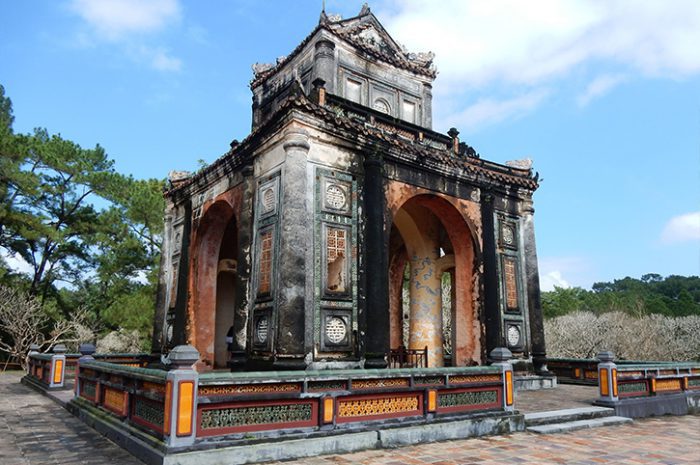 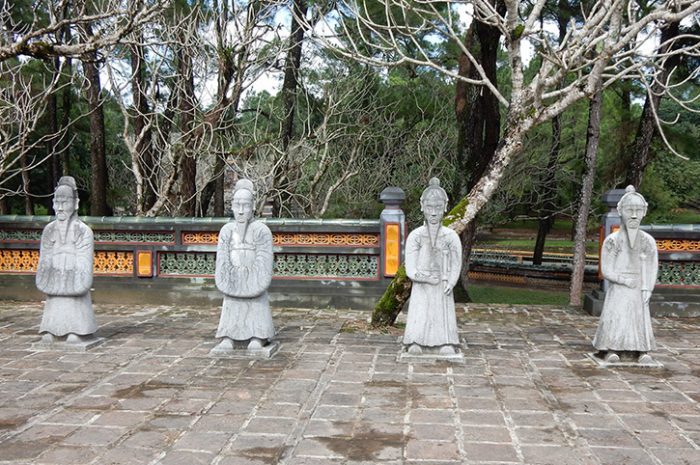 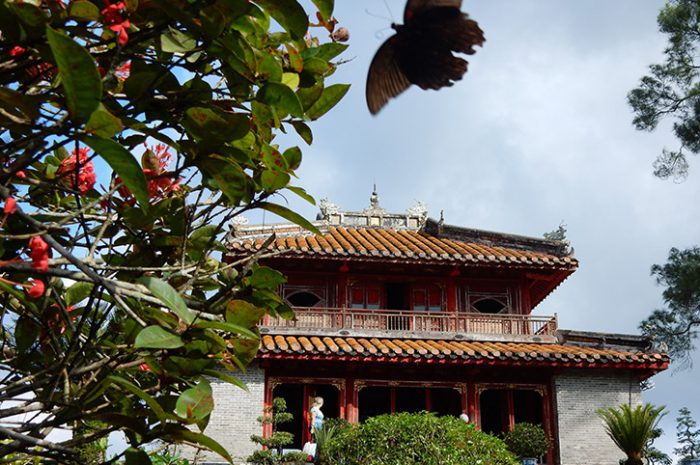 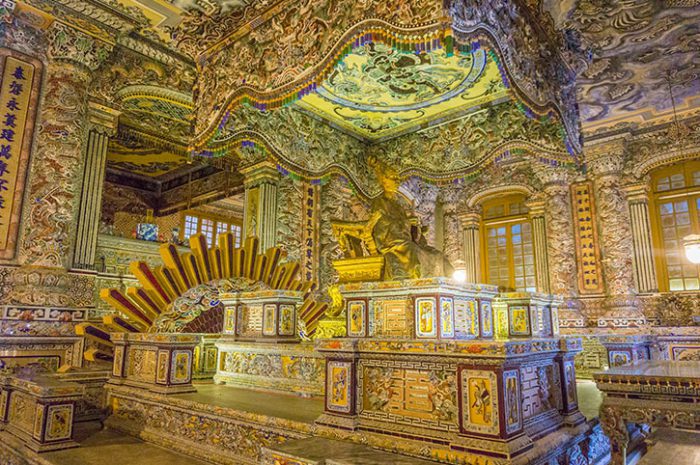 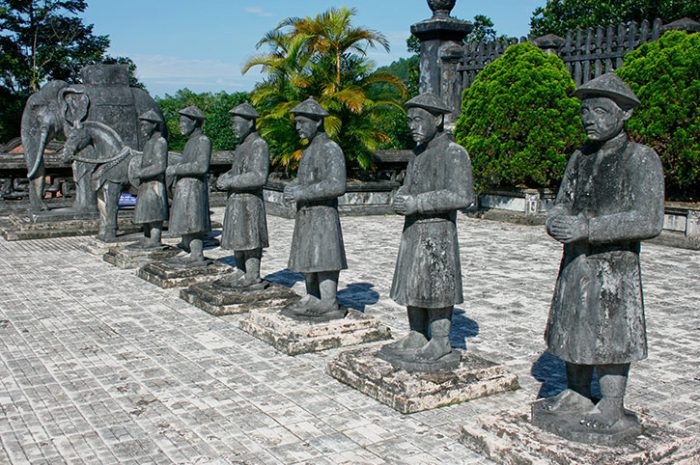 The half day tour looks at the history behind two important Royal Tombs of the Nguyen Dynasty. A knowledgeable guide will show the contrast between the traditional architecture of Tu Duc’s tomb against the eclectic European styling of Khai Dinh’s tomb.

Located along the banks of the Perfume River, the tombs of the Nguyen Dynasty can be found. The tour takes a step back in time as it explores the importance of these tombs and the roles they played for their respective emperors. Before becoming their final resting place, the tombs would have been used by the emperors for recreational activities such as fishing, hunting and entertaining their concubines.

This half day tour led by a knowledgeable local guide will take you to Emperor Tu Duc’s tomb and the tomb of Emperor Khai Dinh. Tu Duc lived a life of excess and this reflected in the grandeur of traditional architecture and features. Considered the most magnificent tomb, filled with majestic walkways and ornate pavilions, filled the grounds around his mausoleum.  Emperor Khai Dinh’s tomb in contrast, represented an eclectic mix of European and Vietnamese styles.

Pick up from: Hue Hotels