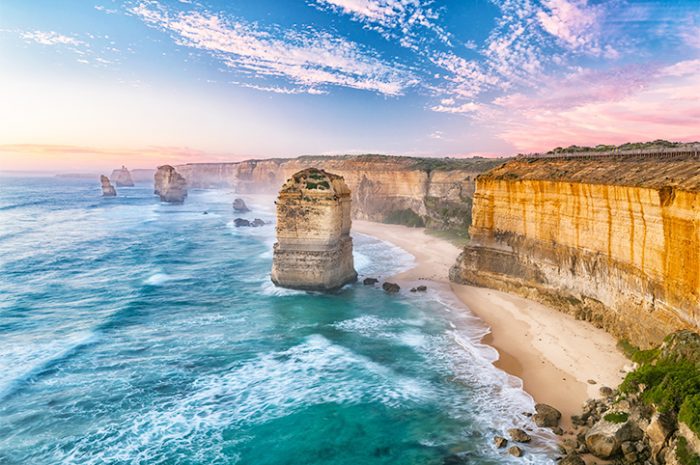 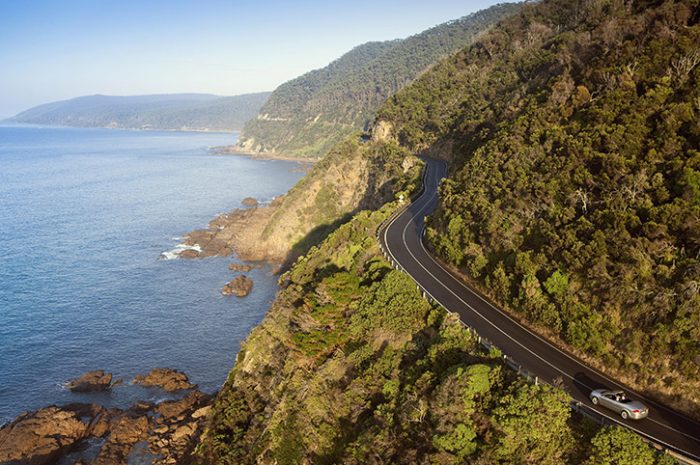 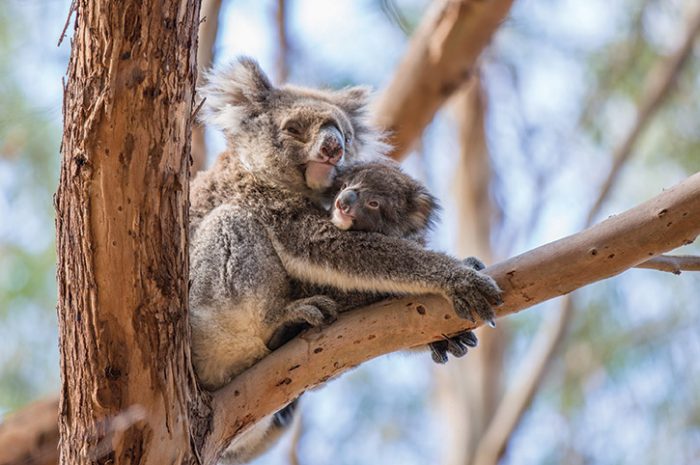 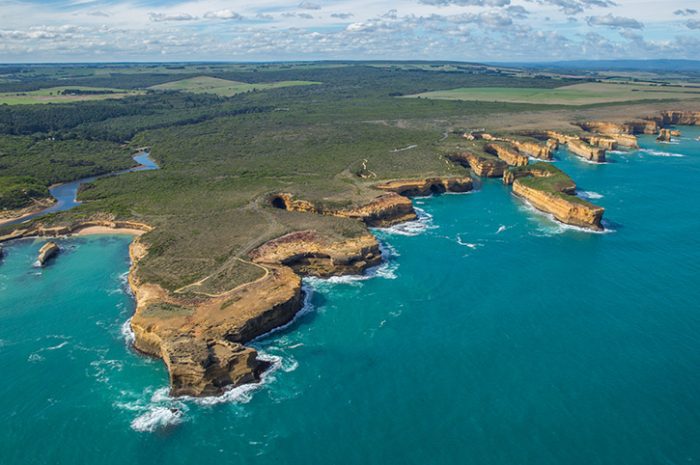 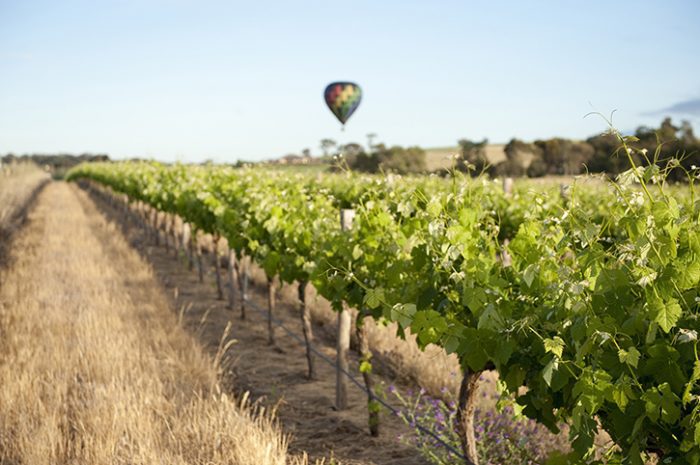 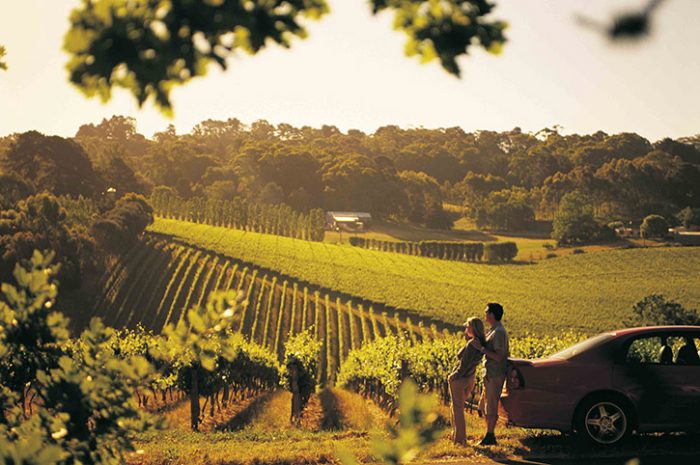 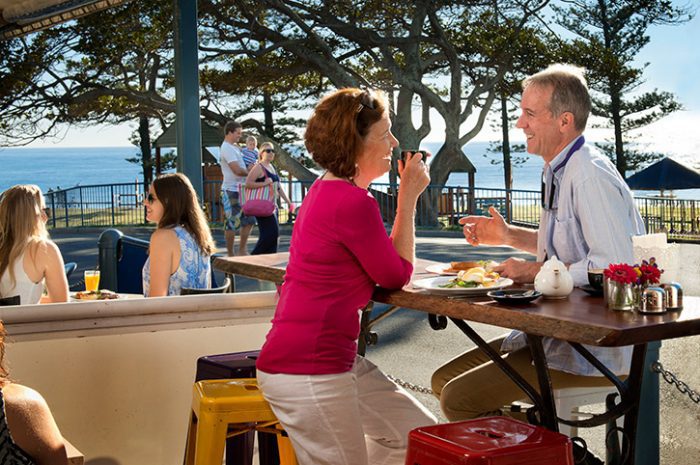 A spectacular journey from Melbourne to Adelaide past coastal resorts, National Parks and the amazing Twelve Apostles. The Great Ocean Road is widely considered one of the most picturesque drives in Australia.

You can include this self drive in a longer Australia holiday.

On leaving Melbourne, cross the West Gate Bridge and take the Princes Highway to Geelong, the largest provincial city in Victoria. From Geelong travel to Torquay, the start of the Great Ocean Road, and recognised as the surfing capital of Australia.

Stop at the nearby famous Bells Beach to watch the professional surfers move effortlessly over the waves or the beautiful Erskine Falls. The scenic coastline from Lorne to Apollo Bay has been described as one of the most beautiful and breathtaking drives in the world.

Hotel: Comfort Inn The International (Standard) or Captain’s at the Bay (Deluxe).

This morning travel along the fabulous Great Ocean Road to Port Campbell. See the amazing rock formations of the Twelve Apostles, which are huge stone pillars sticking out of the surf, carved over time by the crashing Southern Ocean waves. Travelling on past Port Campbell you will see London Bridge – the broken arch. Continuing the ‘Shipwreck Coast’ begins, from Port Campbell and Warrnambool and on to Port Fairy.

Port Fairy This delightful little fishing port and seaside resort at the mouth of the Moyne River is one of the oldest settlements in Victoria, having been home to sealers and whalers in the early years of the 19th century. There are 50 buildings classified as historic by the National Trust, so well worth a look around this town.

Your drive continues via Portland and Cape Nelson, along the coast directly to Mount Gambier, and then on to Robe, via Millicent.

Portland founded a year earlier then Port Fairy, in 1834, this busy deep-water port is the oldest permanent settlement in Victoria. To the southwest are the spectacular seascapes of Cape Nelson and the blowholes and petrified forest of Cape Bridgewater.

Mt. Gambier is located southeast of Adelaide on the slopes of an extinct volcano. Mt. Gambier has two famous attractions, the Blue Lake and the Cave in the centre of the city. As a consequence the town is known as ‘Blue Lake City’ or the ‘City around a Cave’. The lake is famous for its change of colour from winter grey to intense blue in November each year. It remains blue until late March, and aside from its beauty, is the City’s source of domestic water.

Continue on to Kingston and travel towards Adelaide, travelling along the Coorong National Park skirting Lake Albert and Lake Alexandria. Travel to the towns of Tailem Bend and Murray Bridge. Travel through Mannum, Mt Pleasant and Angaston. Mannum is one of the oldest towns located on the Murray River and has an historic and lively past.

Your overnight stop will be staying within the famous Barossa Valley, one of Australia’s most famous wine producing areas. It is a warm and intimate place of charming old towns, the vineyards spreading across undulating hills in well-tended, precise rows.

There is plenty of time to explore the Barossa Valley. There are many famous wineries to visit including, Yalumba, Orlando and Penfolds, as well as many boutique wineries to discover. Some wineries are still run by members of the same families that established them last century. You can also experience an array of gourmet food products and local delicacies. This afternoon travel south through Gawler to Adelaide, the capital of South Australia and known in Australia as the City of Churches. 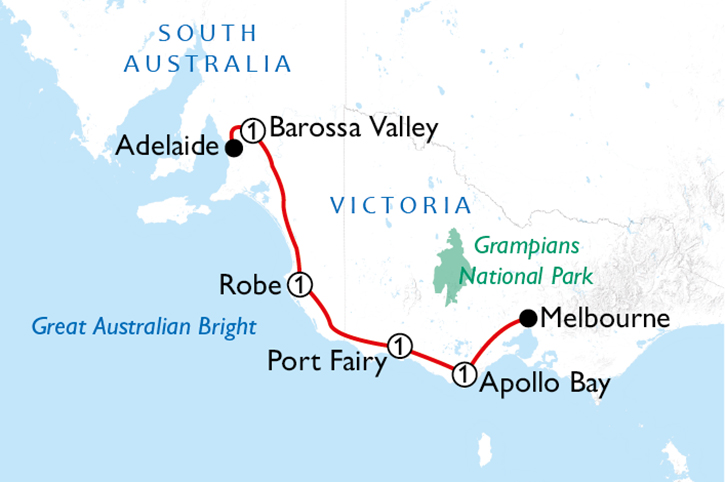 Relaxed and enjoyable self drive touring. Book them as they are or ask your consultant to add extra days in the places you choose.