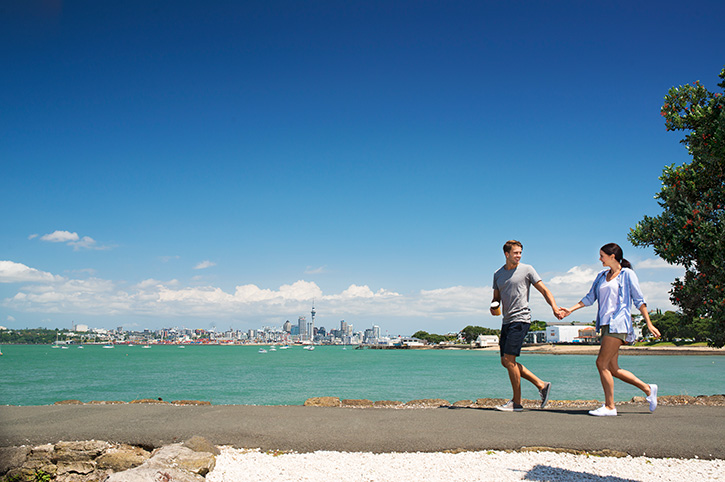 With many international flights arriving into the city of Auckland, this North Island hub is easily included into any New Zealand itinerary. Whether you’re heading here for a couple of nights before exploring the rest of this incredible country or staying in the city a little longer, we’ve got our favourite five day tours and short trips from Auckland for your stay.

About Auckland; the ‘City of Sails’

Located on the North Island, Auckland is the largest city in New Zealand. It’s a paradise for wine-loving city slickers and outdoors enthusiasts alike.

Its mild climate and proximity to the sea make Auckland one of the most envied cities in the world. The tranquil gulf of Hauraki teems with sailboats and islands, hence the nickname ‘City of Sails.’

Half an hour from the city centre, there are beautiful wild beaches and hiking trails through lush greenery. By the beauty of their beaches, their vegetation and their lush forests, the islands of Waiheke and Great Barrier are nature islands par excellence. And Waiheke Island is also known as the ‘island of wine!’

Lively and creative, Auckland is a modern and historic metropolis for its colonial and Maori heritage. Museums and galleries celebrate the New Zealand society, a mixture of European, Maori and Polynesian culture.

Auckland is also a city of adventure. Cross the Gulf aboard an America’s Cup sailboat, attend a rugby match at Eden Park or bungee jump from the top of the Sky Tower.

Before heading out of Auckland to enjoy the spectacular scenery that makes New Zealand so desirable, choose at least one, or all, of these favourite Auckland day trips, tours and explorers.

1. A Day within Auckland City

The heart of Auckland is centred around a few streets, including Queens Street and Aotea Square. This city centre can be enjoyed on foot. By using the bus or the train, other peripheral districts will allow you to discover new panoramas and points of attraction. Make the detour to the Westhaven marina and its thousands of boats. The Coast to Coast Trail is a scenic 16 km hike from Auckland’s main east and west coasts through the city’s main scenic spots.

If standing still and admiring the views is more your thing, the beauty of Auckland can be admired from many points of view. The most famous is that of the Sky Tower, the highest tower in the southern hemisphere, which rises to 328 metres. The 360° view from the top is breathtaking. Alternatively, you can cross the magnificent Auckland Harbour Bridge to enjoy a beautiful panorama of the city skyline and the gulf.

Looking to start a longer New Zealand adventure in Auckland? Travel from Auckland to the South Island on this 2 week New Zealand holiday NZ Encounter.

If you are looking to escape the city walls, explore the Bay of Islands on a day tour from Auckland. Travelling north, you’ll visit the historical Waitangi Treaty Grounds, the birthplace of the New Zealand nation. There’s also time to enjoy a dolphin cruise to Cape Brett through the ‘hole in the rock’ too.

If a day tour to the Bay of Islands doesn’t feel like long enough and you have more time to spare, you can choose the three day Bay of Islands Explorer version instead. Sunbathe looking out to the turquoise blue sea dotted with islands and coves with sandy beaches.

Whether you do it in a day or three, the Bay of Islands is easily accessible from Auckland and must-do for your visit to the area.

Tongariro National Park on the North Island in New Zealand is one of the most beautiful parks in the country. Most people don’t imagine it’s doable from the city of Auckland, but it is!

With more than a million visitors a year, Tongariro is New Zealand’s most visited national park. Hiking or skiing, the park offers many activities and undoubtedly some of the most beautiful landscapes in New Zealand.

The Tongariro walk is a thrilling eight hour adventure over an active volcanic landscape and past the famous Emerald Lakes. After a night at the Chateau Tongariro, your guide will collect you to start your full day walk past Mt Ngauruhoe and over Mt Tongariro. Views include volcanic rocks, mountain springs and steaming craters – a New Zealand adventure quite unlike anywhere else.

If you would prefer to go your own way, see our variety of New Zealand motorhomes for hire – all can be picked up or returned to Auckland city.

Travel inspiration, delivered straight to your inbox:
I am interested in...
.
Thanks! Please check your inbox for an email to confirm your subscription.

Hobbiton, the hobbits’ village, is one of New Zealand’s unmissable places for fans of the Lord of the Rings trilogy.

In 1998, Peter Jackson found New Zealand’s landscapes beautiful and believed that some of these places would be ideal locations for the adaptation of JRR Tolkien’s novel ‘The Lord of the Rings’. After negotiating with the production studios in Hollywood, he obtained permission to shoot the trilogy in New Zealand.

All of the films were designed in New Zealand at the Wellington production studios and Hobbiton is now one of the most-visited parts of New Zealand. Indeed, it is one of the few non-natural sites made for the movie that is still visible to tourists.

You can visit Hobbiton from Auckland in just two days with the Hobbiton Tour & Farm Stay package. At just two and a half hours’ drive from the city, take in the Hobbits’ village and ensure that you don’t miss one of New Zealand’s most important tourist destinations.

The explorer tour includes a two-hour Hobbiton movie set tour as well as a drink at the iconic and world-famous Green Dragon Inn, the setting for good times in the books and movies.

Then, stay overnight in a very unique farm with both dinner and breakfast on site. This is the perfect getaway for the film buff who wants to experience first hand what life in the Shire is like, following in the footsteps of Frodo, Sam, Merry and Pippin.

Booking your visit to Hobbiton is essential as the number of entries per day is limited to ensure you have a great experience.

A full day tour to Rotorua’s Agrodome and the Waitomo Glowworm Caves is another great way to spend a day outside of Auckland city.

Head to Rotorua and discover New Zealand’s most amazing sites: cross the Mamaku Ranges to arrive at the picturesque Waikato countryside and then admire the main attractions of the city, such as the Fitzgerald Glade Green Tunnel.

Discover the Waitomo Caves and its glow worms, take a boat ride – organised as part of the tour – in the caves themselves and discover their history with your knowledgeable guide. On a day tour, you will also have the opportunity to enjoy the Waitomo Visitor Complex at your own pace if you wish.

You will also experience the thermal wonders on offer here, learn about farming at the Agrodome and enjoy a traditional Maori concert at Te Puia. All these activities all also come with morning tea, lunch and evening snacks – which really takes a lot of planning out of the trip.

If shorter tours are not enough for you, discover our longer New Zealand escorted tours around the north and south islands.

Enjoy unforgettable moments both in New Zealand and from the city of Auckland. This dreamy destination will be a place you remember for life, leaving you with wonderful holiday memories.

These day trips and short tours from Auckland are a fun and exciting way to get around, or away from, the city for a while. They offer such an amazing way to discover the North Island from Auckland and to get to understand New Zealand’s culture and people too.

You may also like our things to do in Auckland and Wellington blog. 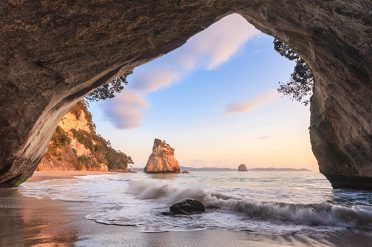 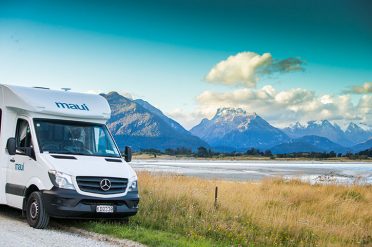 Best of Both Islands 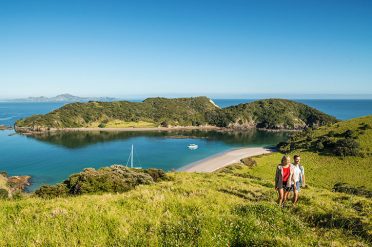 Caroline has worked in the New Zealand Specialist team at Freedom Destinations for 14 years! She loves Coromandel Peninsula because seafood and beaches are the best holiday combination. She has also visited Australia and South East Asia.