with the FREEDOM AFRICA experts

With FREEDOM you can choose one of our Namibia safari or self drive itineraries or ask an Africa Expert to design a tailor made Namibia holiday just for you, combining flights, tours, hotels and experiences.

How Will You Discover Namibia?

Choose from the options below to start your Namibia adventure! 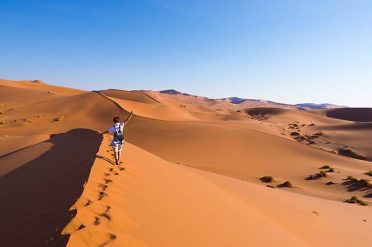 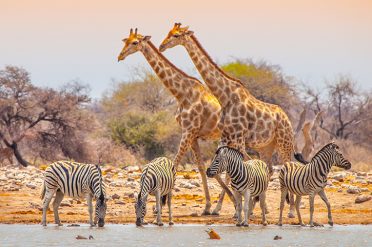 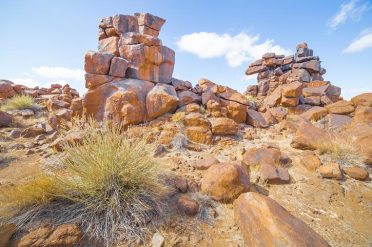 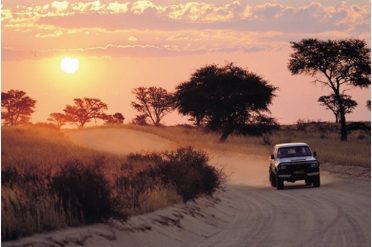 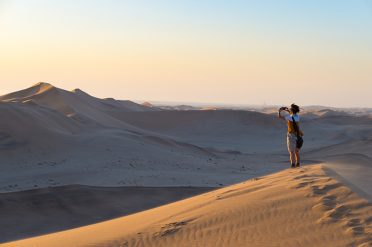 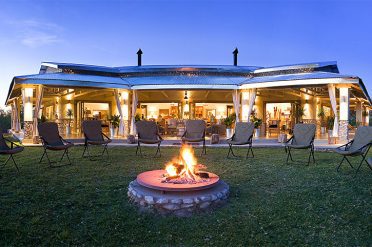 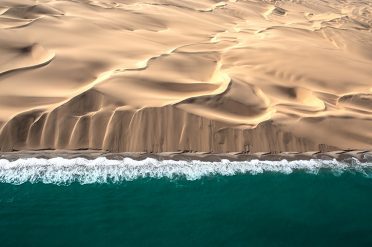 Why not combine Namibia with a Botswana safari, South Africa road trip or the incredible Victoria Falls for the ultimate adventure? 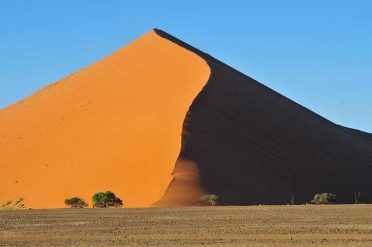 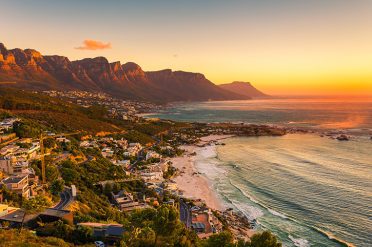 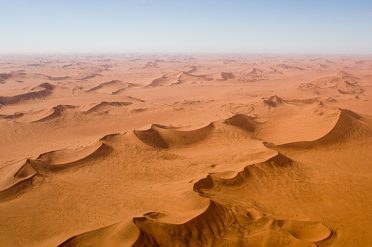 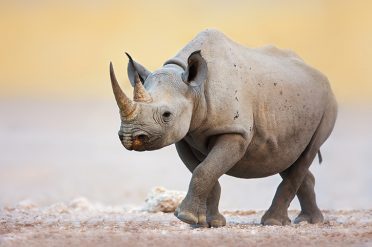 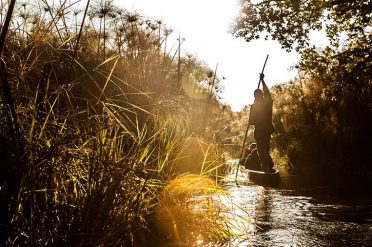 Ask us to design a holiday just for you. 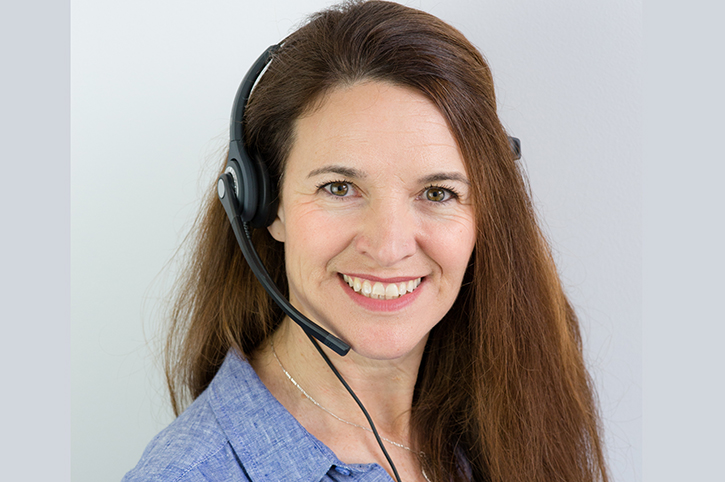 For the best time to visit Namiba, the latest travel information, a bespoke self drive itinerary or a complete tailor made holiday, with ATOL protection…

With its mesmerising desert landscapes, untouched coastline and unique National Parks, a holiday to Namibia is like no other. It is a quite incredible country, shaped by the elements, offering unfathomable space to unwind and experiences you’ll never forget.

Since gaining independence from South Africa in 1990, Namibia has been a model of political stability in the region, and now has a well-developed road network and a growing selection of hotels and safari lodges, catering for varying budgets. In 2010 the government introduced legislation to promote the use of local tour guides, helping build expertise within the country. English is the official language of Namibia and spoken by most of the population in addition to their native tongue.

Read on for an introduction to the best things to do in Namibia and a guide to its main regions. Please visit our dedicated Namibia self drive and Namibia safari pages to browse itineraries.

Things to do in Namibia

There is so much to do in Namibia! For some quick fire travel inspiration here are 10 experiences and destinations that will feature in most first time travellers’ holidays in Namibia:

Namibia’s capital city sits surrounded by mountains in the centre of the country. Established by the Orlam people around 1850, German control of Windhoek from the mid 1880s has left its mark on the city’s architecture and cuisine, with distinctly Germanic bear, bread and sausages available! Places to visit include Christuskirche and Alte Feste, an old fortress. Most holidays in Namibia will start in Windhoek as it is close to Hosea Kutako International Airport.

Around 300 km east of Windhoek on the Atlantic Coast are the cities of Swakopmund and Walvis Bay, the second and third largest in the country, though with a combined population less than Cambridge in the UK!

Swakopmund has spacious, clean sandy beaches and laid back restaurants, bars and resorts to suit. It is also becoming Namibia’s adventure playground, with dune barding, sky diving and quad biking on the menu.

Walvis Bay has grown around its deep sea harbour, enabling an active fishing industry. For tourists, larger marine life is the main draw, including seals, dolphins and whales that frequent the local waters, as well as birdlife, including pelicans and flamingos at Sandwich Harbour, a 10 km natural lagoon.

You don’t have to travel far out of town however to reach the desert; a 15 minute drive takes you to Dune 7, which at 388 metres is the largest sand dune in Namibia.

In the Nama language, Namib translates simply as ‘vast’ and the sheer scale of the Namib Desert is perhaps nowhere more obvious than in the Sossusvlei region, South of Swakopmund. Here you’ll find sweeping sand dunes under endless blue skies, months without rainfall and year round average temperatures between 27 and 34 degrees (although at night, the mercury can drop to zero between June and August).

The main attractions are the Sossusvlei and Deadvlei salt pans, both surrounded by towering red dunes. Dune 45 near Sossusvlei is 170 metres high and typically takes between 40 minutes and an hour to climb. Big Daddy dune, located between the two pans, offers a greater challenge, standing at 325 metres.

Opportunities to take dramatic photographs are aplenty. Dead camelthorn trees protrude from the Deadvlei pan, creating somewhat spooky silhouettes against the white ground and red sands. You may also be fortunate enough to snap a passing oryx, the long horned national animal of Namibia.

If you are on a Namibian self drive holiday, make sure to stop at Sesriem Canyon en route to the salt pans, to walk through its jagged rock formations.

Travel north of Swakopmund along Namibia’s Atlantic Coast and settlements become few and far between, whilst the collision of desert dunes and ocean only more breathtaking. The area is often shrouded in fog, where warm and cool air masses meet, which only adds to its awe.

Journey inland, northeast towards Etosha National Park, and you reach the arid expanse known as Damaraland. Most Namibia safari tours visit Twyfelfontein to view the ancient rock engravings, carved between 1,000 and 10,000 years ago. En route, the Brandberg Mountains is worth at least a photo stop however. The impressive range rises 2,000 metres higher than the surrounding desert and includes Namibia’s highest peak, the Königsstein.

Despite its harsh climate, Damaraland supports a variety of species, including desert adapted African elephants, which have larger feet to traverse the soft sands, and an important population of black rhino. You can pre-book a half day desert elephant safari, leaving from Twyfelfontein, when you arrange your Namibia holiday.

If you are looking for a more classic safari experience in Namibia, Etosha National Park is home to elephant, lion, leopard, rhino, giraffe, zebra and over 100 other mammal species. Etosha’s landscapes still have a distinctive Namibian feel to them however, especially the vast Etosha Sat Pan which comprise around a quarter of the park and makes for some unique wildlife photography.

Northeast of Etosha is the Caprivi Strip, or Zambezi Region, a stretch of land in the shape of a panhandle, in places only 32 km wide, that separates Botswana from Angola and Zambia. With more grasslands and vegetation than most of Namibia, the Caprivi Strip is often included in safaris departing Victoria Falls and exploring Botswana’s main parks and reserves.

You can read more about Namibia’s National Parks on our Namibia safaris page.

How Long to Spend in Namibia?

Most people visit Namibia for between one and two weeks. Namibia is over three times the size of the United Kingdom, and whilst journeying through its mesmerising landscapes is part of the adventure, you will still want time to relax and enjoy each destination.

If you are staying at a safari lodge in Etosha National Park for example, or a desert retreat in Damaraland, at least a couple of nights is recommended, to appreciate the tranquillity and join the game drives and other activities on offer.

In one week it is possible to complete a northern circuit, from Windhoek to Swakopmund, the Atlantic Coast, Damaraland and Etosha, such as on our Northern Wanderer self drive. With a couple of days extra you can also visit the sand dunes at Sossusvlei and the Namib Naukluft National Park, or Discover Namibia small group tour.

With three weeks you could combine your trip to Namibia with time in one of its Southern African neighbours or at an Indian Ocean beach resort, for a truly multi centre holiday.

Namibia and Botswana make an excellent pair, the lush grasslands and waterways of Chobe National Park and the Okavango Delta providing a beautiful contrast to the stark, but awe-inspiring scenery of the Kalahari Desert and Skeleton Coast. Add a Cape Town city stay, visit to Fish River Canyon and a couple of nights at Victoria Falls and you have the route followed by our popular Northern Experience small group tour.

Alternatively, our Africa Specialists can create a tailor made itinerary for you, flying instead of driving between certain destinations for example, or with pre-booked day tours and experiences. For a safari and beach holiday, why not combine Namibia and Mauritius or another of Africa’s tropical island outposts?

From the UK there are flights to Namibia via South Africa, Qatar and Germany.

British Airways and South African Airways fly from London Heathrow to Johannesburg, from where you can connect to Windhoek. With Qatar Airways you can fly from Manchester or London Gatwick to Doha and then on to the Namibian Capital. Lufthansa also offers conveniently timed flights from Manchester to Windhoek via Frankfurt, as well as from other UK regional airports.

Air Namibia is the country’s flag carrier and operates internal flights from Windhoek to Walvis Bay, near Swakopmund, and Ondangwa, near Etosha National Park.

Whether you have chosen a tour or safari and would like travel advice on convenient flights or the best time to visit Namibia in 2022 or 2023, or you are looking for a complete tailor made adventure, get in touch with our friendly team of Africa Experts who will be pleased to help.

They have all been to Namibia, experienced its breathtaking landscapes as well as its welcoming culture, and would love to help you plan a Namibian holiday that you will never forget! 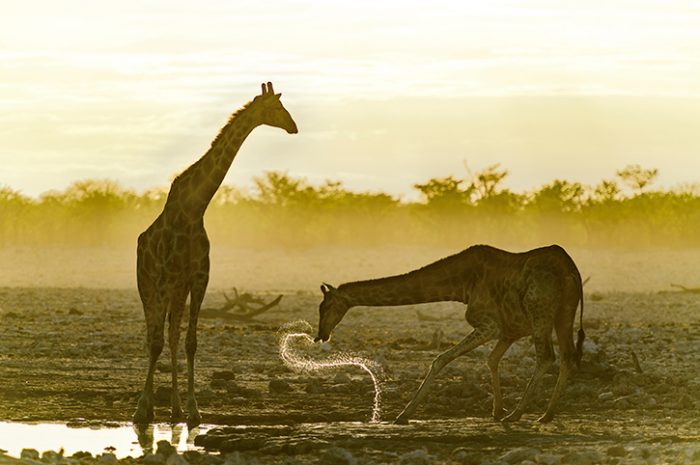 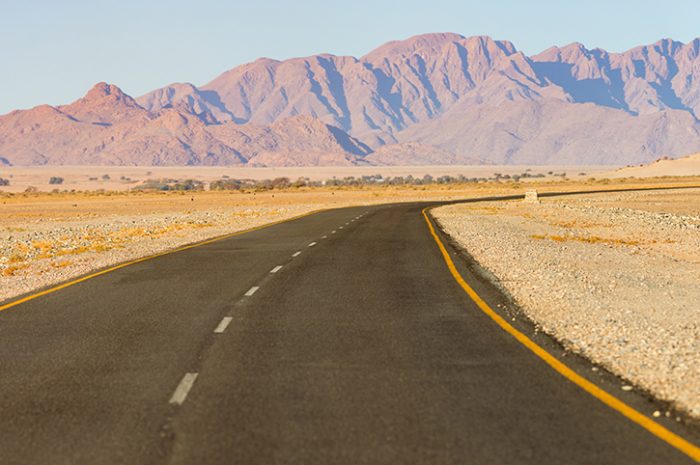 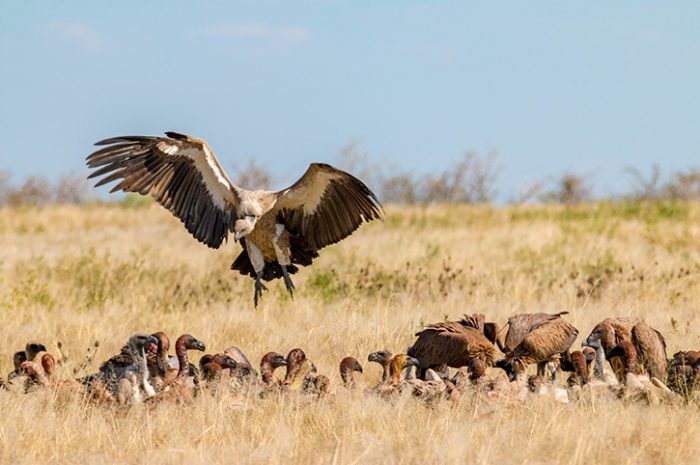 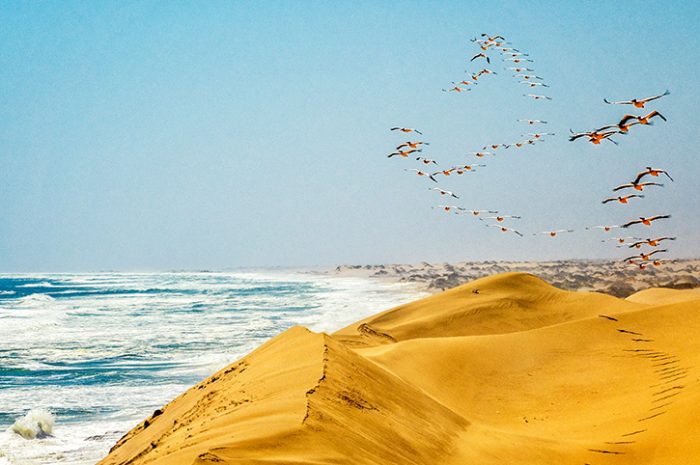 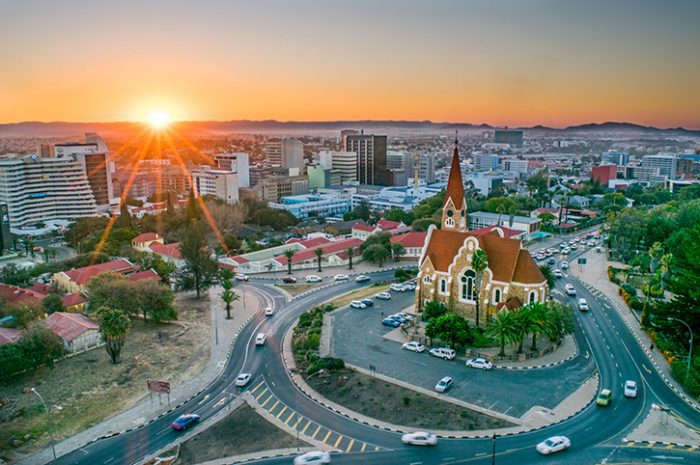 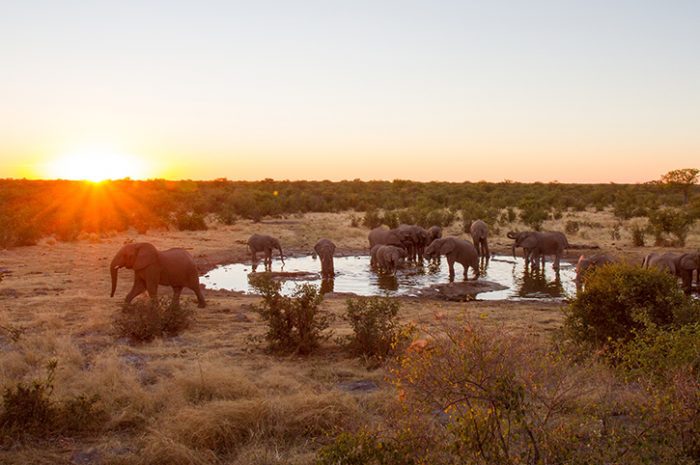 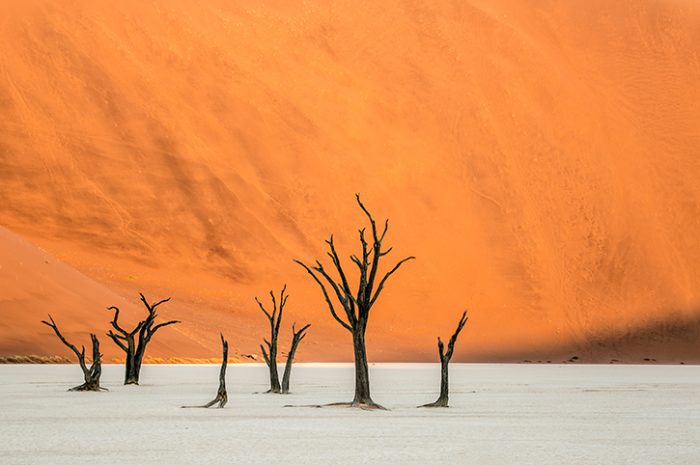 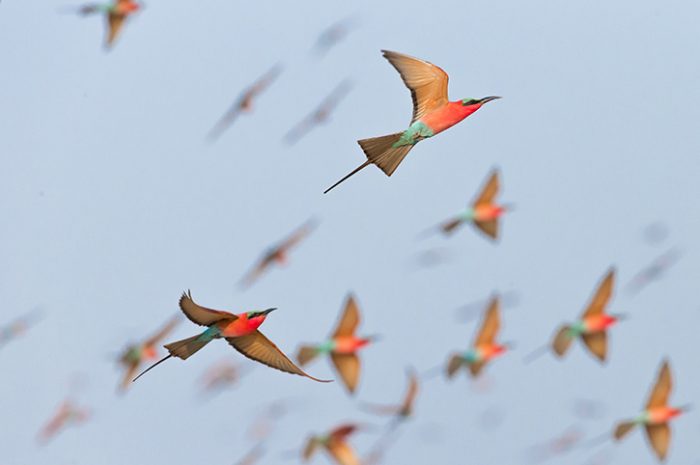 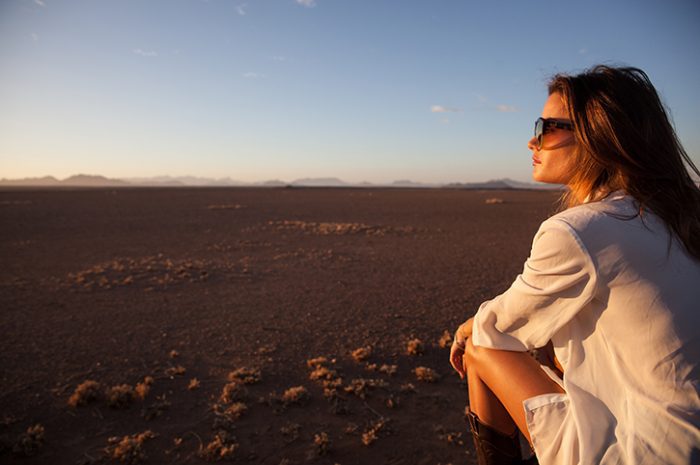 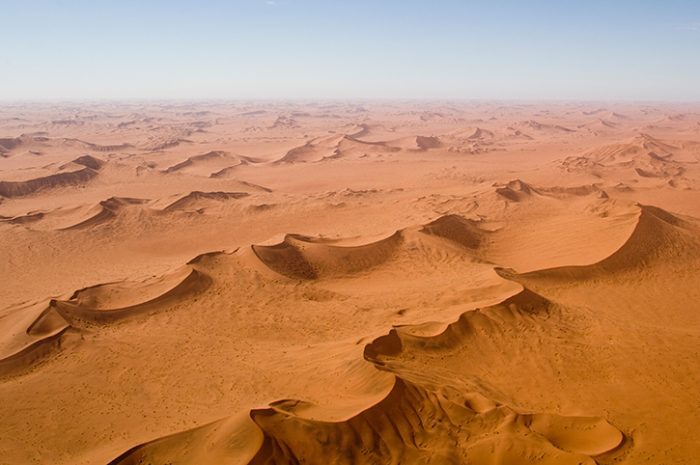 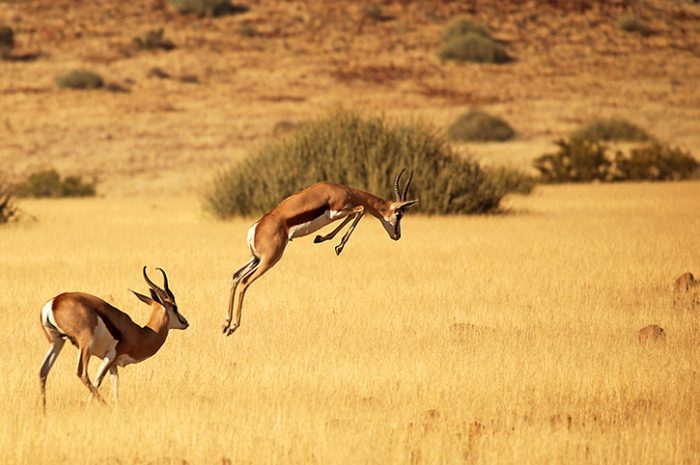